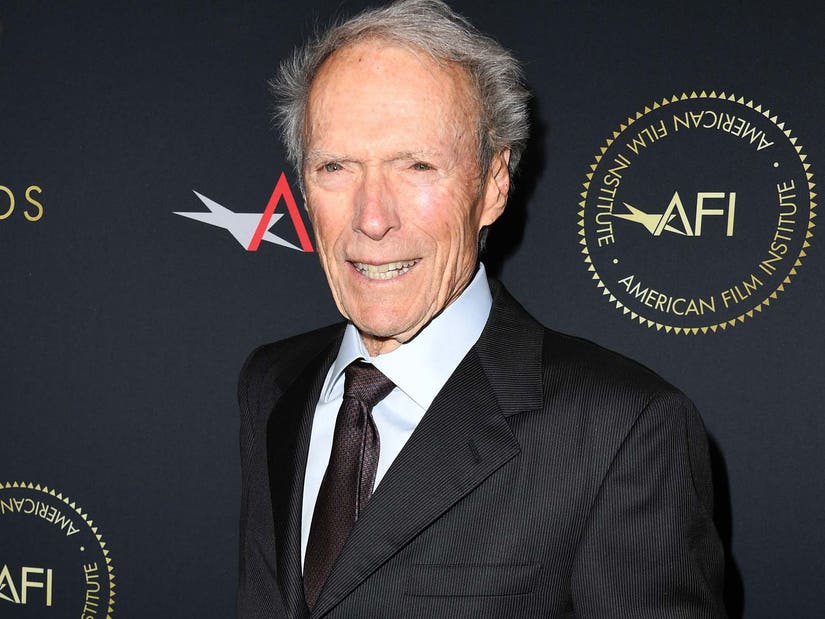 "I never look at my face and think 'God, you're getting old' or think of running out of steam."

Growing older doesn't mean you have to slow down! And for a select group of Hollywood's biggest stars, they don't see their age as any reason to retire. After decades of success in Hollywood, these celebrities have decided to continue to work, even after turning 90.

For celebs like Dick Van Dyke, Rita Moreno, and William Shatner, their careers are continuing to thrive as a Nonagenarian -- and they have become definite proof that age is just a number!

Find out which celebrities are still making their mark at 90…

Clint Eastwood is now in his 90s but that isn't stopping him from appearing on the big screen. In 2021, he both directed and starred in "Cry Macho." When it comes to aging, he says he prefers not to "think about it."

"I sometimes think, when I was a little kid and I used to hang out with my grandfather who was in his 90s, and I thought, 'Jesus, who the hell would want to live this long,'" Clint joked on "The Ellen Show." 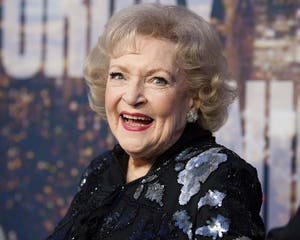 Betty White Shares Secret To 100 Happy Years Of Life: 'Lucky to Be in Such Good Health'

James Earl Jones doesn't have any plans to stop working after turning 90 last year. The actor most recently appeared in "Coming 2 America," shortly before his big birthday. He says he's "feeling fantastic and grateful" at this point in his life and wants to keep acting "for as long as [he] can."

"Looking back at my life and extensive career, I am so proud of my work and accomplishments. I love growing older and wiser with time," James told People.

William Shatner, who's best known for his role in "Star Trek," is still on the big screen at 90 and wants to keep going for as long as possible! In 2021, he starred in "Senior Moment," and has several other projects in the works like "Keeper of the Cup" and "The Elevator."

"What I want in 10 years, I want to ride my horses, I want to love my family, I want to make these things I'm doing. I've got a podcast started. It will be about the future, about what's happening in science. I want to picture myself in that science so that what was science fiction during 'Star Trek'...I'd like to be around when the science fiction of today becomes science fact," William told ET.

At 90, Rita Moreno is one of the few stars who have earned an EGOT -- an Emmy, Grammy, Oscar and Tony Award. Rita made her mark in films like "West Side Story" and even appeared in Steven Spielberg's version of the iconic film in 2021. She'll next appear in "The Prank."

"I think it has everything to do with genes," Rita recently said of her youthful vigor.

Mel Brooks may be approaching his late 90s but he's still working hard. The actor, who has seen success in TV, films and on Broadway, just released a memoir last year. He’s also working on a sequel to his hit "A History of the World, Part I" for Hulu, a TV movie called "Fairy Tale Forest" as well as several voice acting roles. Mel says passion for life and his creativity all stem from his childhood.

"I think there was something rich and wonderful about growing up in Brooklyn. It was a magical place that filled you with dreams, ideals and a love of life. I remember being a little kid and actually loving being alive. They say comedians usually have a bad childhood, so they make up for it with laughter and love from the audience. That's nonsense! For me, it's about continuing the love you got as a child. I had a lot of love as a kid, and I don't want that love to stop," Mel told AARP. 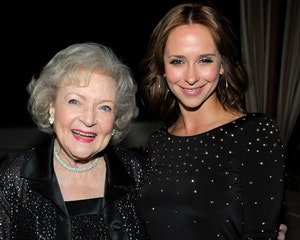 Despite just turning 91, Robert Duvall has numerous projects in the works. Just last year, the longtime actor was featured in "12 Mighty Orphans" and is in the process of filming "The Ploughmen," and "The Pale Blue Eye." Fans will next be able to see him in "Hustle" alongside Adam Sandler and Queen Latifah when it premieres in 2022. On top of that, he says he's got "a few more left" in him.

Television legend Norman Lear may almost be 100 but he's still keeping busy writing and producing. In 2017, he helped create the "One Day at a Time" revival and executive produced the series which ran until 2020. In the past year, he's executive produced a documentary about longtime friend Rita Moreno, a television special about "The Facts of Life" and "Diff'rent Strokes" as well as several upcoming TV series. Norman says the secret to his longevity is all about living in the moment.

"Two little words we don't pay enough attention to: over and next. When something is over, it is over and we are on to next. And I like to think about the hammock in the middle of those two words. That's living in the moment. That's the moment I believe I'm living as I complete this sentence. And it couldn't be more important to me," Norman told NPR.

Longtime actress Lois Smith is known for her work in movies, television and theater and is still making her mark at 91. After appearing in "The French Dispatch" in 2021, Lois will next appear in "Mack & Rita." Her voice will also be featured in the upcoming documentary, "The Gettysburg Address."

"I don't know why I'm able to keep doing it. I really think the fact that I'm fortunate plays a role -- I'm in good health, I'm mobile, I have most of my marbles," Lois told the LA Times.

Dick Van Dyke just turned 96 and is still going strong -- literally! In 2021, the actor showed off his workout routine, doing a series of sit-ups in his backyard. During the conversation, Dick noted that while working on "Mary Poppins Returns," he chose the hardest dance after being offered a choice of three. He's next set to star in the upcoming film "Capture the Flag."

"So all you old guys out there, listen to me. I'm telling you, you can keep going. I'm still dancing and singing," Dick told CBS.

Angela Lansbury's career has spanned a whopping eight decades and she's still appearing in films as often as possible. In 2018, she was featured in both "Mary Poppins Returns" and "Buttons, A New Musical Film" alongside Dick Van Dyke.

"I've never been particularly aware of my age. It's like being on a bicycle -- I just put my foot down and keep going. I never look at my face and think 'God, you're getting old' or think of running out of steam," Angela once said. 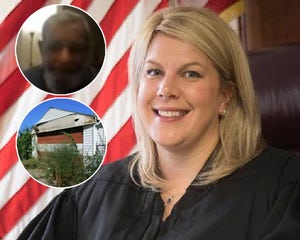 Not only has Tippi Hedren made her mark on Hollywood throughout her life, but she is also the matriarch of a family of a new generation of actors, including her daughter Melanie Griffith and granddaughter Dakota Johnson. During her career, Tippi has appeared in over 80 films and television shows and will reportedly next star in "Unforgettable" alongside Joan Collins.

"I think, I don't know, maybe I was just one of those people who was in the right place at the right time and or that I was smart enough to take advantage of opportunities. Maybe it was a little of both, a little bit of everything," Tippi has said of her career.

"The Jeffersons" actress Marla Gibbs has an impressive on screen resume and no plans to retire any time soon! In 2021, Marla was honored with a star on the Hollywood Walk of Fame and signed on for a recurring role in "Days of Our Lives." She also worked on several short films including "Alone Together" and "Orpheus Star." She'll next appear in "HeadShop" and is currently filming "Bromates."

"Anything you put behind [the words] 'I am' is very powerful. I am 30. I was born in [19]31. So it’s not about magic or anything else. We are spiritual beings as well as physical beings. And as spiritual beings, we have no time, we have no age so I choose to vibrate on 30. That's the truth, Ruth," she recently told the Daily News. 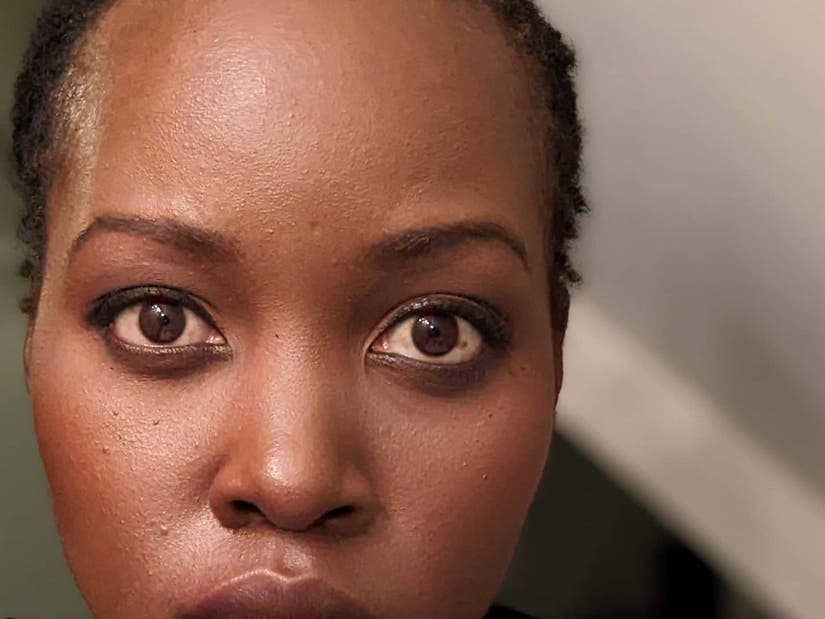