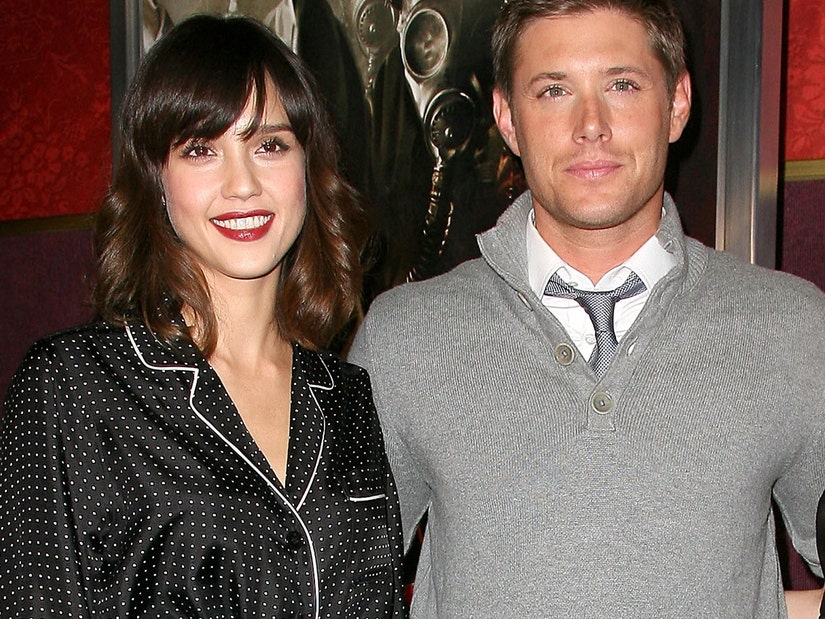 "I've told this to her face," said Ackles, who adds that their "bickering" eventually led to "some mutual respect."

Following his soap opera days on "Days of Our Lives," Jensen Ackles got one of his first big breaks on "Dark Angel," James Cameron's 2000 sci-fi show starring Jessica Alba.

But it sounds like working with Alba herself wasn't exactly a pleasant experience.

During an appearance on Michael Rosenbaum's Inside of You podcast this week, Ackles was asked wether she was "cool to work with" back in the day. "No, she was horrible," he immediately replied -- before confirming he was not joking and has "told this to her face."

Before continuing to detail their allegedly tumultuous on-set relationship, he prefaced his account by saying he loves Alba and acknowledged she was "under an immense amount of pressure" being a young star who was also navigating a "rocky" relationship with costar Michael Weatherly. He said that was "causing some undue stress on set," while Ackles was "the new fresh face" who joined the party full time in the show's second season.

"I was just kind of, I was the new kid on the block and I got picked on by the lead," he claimed. "Like the worst kind of bickering a brother and sister could do. She had it out for me. It wasn't that she didn't like me. She was like, 'Oh here's the pretty boy the network brought in for more window dressing because that's what we need.'"

When asked if she acted like that in front of the whole crew, Ackles said yes, leaving him wondering, "What the f---? What did I do?" He claimed he retaliated by fighting "fire with fire," adding, "So I was just like, 'Oh, looks like we're getting bitch Alba today, everybody hang onto your nuts.'"

Ackles said the crew "loved it" when he pushed back and believed it made Alba feel like, "Okay, now I can just be a dick to him and he'll be a dick to me and that's how we'll roll." Though he said he sometimes felt "bullied," he added that, in the long run, "It did build some mutual respect" between them.

He also went on to praise her for being there for support when his grandfather died during production. "She literally walked into my trailer and just held me for half an hour," he recalled, before sharing that he would often keep her company -- in a "very platonic, very brother-sister" manner -- whenever Weatherly was out of town.

"So it was that kind of relationship," he continued, saying that if she were to walk in the room that very moment, they'd be "all hugs." He added, "but she didn't make it easy on me."

Clearly, there can't be bad blood there -- as Alba was on hand to help Ackles celebrate the premiere of "My Bloody Valentine 3D" in 2009 (photo above), years after "Dark Angel" was canceled.

TooFab has reached out to Alba's reps for comment. 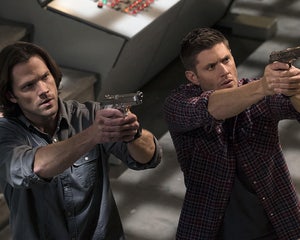 During the podcast, he also opened up about a recent tiff with "Supernatural" costar Jared Padalecki -- who said he was "gutted" to find out Ackles was working on a prequel series he only heard about from Twitter, and not Jensen himself.

In June 2021, it was announced Ackles was producing a prequel series revolving around John and Mary Winchester -- parents to Sam and Dean -- for The CW. At the time, Padalecki responded to the news by tweeting, "Wish I heard about this some other way than Twitter. I'm excited to watch, but bummed that Sam Winchester had no involvement whatsoever."

When a fan asked whether he was joking with his tweet, Padalecki said he wasn't and was "gutted" to find out about the show the way he did. He later told fans of the show to calm down and stop sending hate messages to anyone involved in the spinoff.

"For those who know me, know I'm extremely superstitious when it comes to a few things. This is something that a lot of actors share, we don't talk about auditions until we've got the role," Ackles told Rosenbaum when asked about the minor blowup, which the two have since moved past. "This was my first venture into producing and creating content and I didn't want to jinx it at any cost. So I shut up about it."

"Only the people that had to know knew. I wasn't trying to keep a secret for any other purpose but superstition. I definitely had people that I was excited to tell, Jared being #1 on that list. Mom being #2, sorry mom," he continued.

Ackles said he was busy at work on a new project where cell phones weren't allowed on set when the article announcing the series dropped -- and returned to his phone to "emails of congratulations, text messages of congratulations and then it all kind of turned south."

"I had a long text from Jared and he was really bummed out. I just remember my heart just sank. I was like, 'F---,'" he recalled.

Of Jared's tweets, he said, "In hindsight, that could have been a step that was avoided, but he did it, it happened and we dealt with it. He and I, we're great. I wish he had just called me, like, 'Yo dude why didn't you tell me you were doing this.'"

Ackles said Padalecki totally understood the situation -- and Jensen told his longtime friend and former costar, "Your feelings are totally valid. I messed up, I should have told you, I should have at least clued you in before the world found out and that's on me."