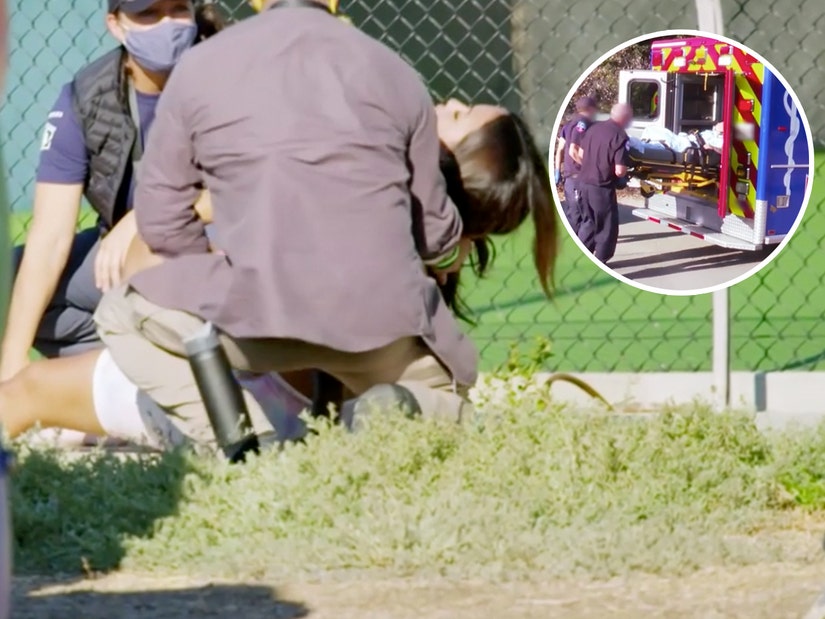 After collapsing following an obstacle course, De Jesus tells TooFab what really led to her hospitalization.

Briana De Jesus was left gasping for air on Tuesday's new episode of "Teen Mom Family Reunion" -- and was rushed to the hospital via ambulance after collapsing in front of her costars.

The reality TV star and the rest of the gang participated in an obstacle course inspired by MTV's "The Challenge," following the arrival of Cheyenne Floyd's baby daddy and multiple "Challenge" participant Cory Wharton. The group was divided into two teams, with De Jesus agreeing to run the course twice since there was an odd number of players. That proved to be a bad idea.

The course -- one of those giant bouncy house contraptions -- included chutes, ladders and sprints. After completing her second run, Briana went down and started exclaiming that she couldn't breathe. Inside a production van, she appeared to lose consciousness and was unresponsive to her sister Brittany. De Jesus was then taken to the hospital in an ambulance, where she was stuck with IVs, had an EKG taken and was eventually diagnosed with dehydration and over-exertion.

The episode ended with her getting discharged and returning to the resort in San Diego where they filmed -- but Briana went to rest in her room before the big surprise of the night: Farrah Abraham's arrival.

TooFab caught up with Briana after she finally saw the footage for the first time herself. The reality star opened up about what really led to her collapse, how scary the ordeal was, how she's faring now and what she thought about the "Family Reunion" experience overall -- keep reading for more!

Have you seen the footage of your collapse now and what was it like watching back?

I watched the episode this morning and it was very intense. It was a lot, it was a lot.

Especially seeing how concerned your sister was. That had to be a little scary for you to see now.

I don't remember anything. I don't remember getting up off the floor into the car, I don't remember my sister telling me to wake up. Hearing her voice was so scary, because I knew she was concerned for me and there was nothing she could do to help me out. That was really scary but luckily nothing major happened and I was able to get discharged and now I'm fine, but that was very intense. I will never do something like that again.

Brittany even said she was thinking about the worst case scenarios and your kids ...

When you did come to, what starts going through your head?

I remember a little bit of the ambulance driving there. I remember the hospital bed and the doctors and nurses rushing to me and taking out blood and putting in an IV and putting all these stickers to check my heart and having a catheter to pee. I was like, 'What is happening?' I really thought I was dying. I was like, 'Okay, this is a lot, what is going on here?' It was definitely a lot and I was in the hospital for a while too.

So there's no future for you on The Challenge after this?

I think I just ruined any invite that was possibly coming my way [laughs]. I would have to turn it down. I'm not an athletic person. I don't like to run. I don't like any sports with balls involved. It's not for me, it's really not.

What is the last thing you do remember?

I remember running to the finish line. I actually won by the way, I don't know why they made it seem like [Bar Smith] won, because I made it to the finish line before he did. That's what I remember! I remember being mad, like, hold on a second, I won, why are they cheering for Bar? And then after that, it all hit me and I just collapsed to the ground. I couldn't breathe. Every breath I took was so hard to even take it. I couldn't feel my legs, I couldn't feel my arms. Nobody was taking it serious at first. I was like, I need help, I cannot breathe and that's when the medic came and I don't remember anything after that.

You later find out you were dehydrated and overexerted yourself, with your doctor saying no more physical activities for the rest of the trip. Have you tested your endurance with workouts at all / felt fine since?

That was sad! I'm definitely playing it safe. I do want to start going back to the gym, but my life is just so busy it's hard to find time. I don't even think that was it. I think it was a mixture of -- the sun in San Diego is so different than here in Florida. Here in Florida, the sun is out, you feel hot, but in San Diego, it's so hot outside but there's a nice breeze so you don't feel anything. That's what happened to Amber -- we were all fine and then the next thing you know she has sun poisoning. The sun was crazy. I have lupus, so I was on prednisone and another medication to keep that under control and that mixed in with going from zero to 100 because it's a race, there was no warm up, we didn't stretch, we didn't run for 10 minutes to get our heart pumping. it was straight to hard floor to something bouncing, trying to catch your balance, it was just a lot and my dumbass went twice. Nobody did it twice. I wish they all did it twice, we're probably all be up in the hospital together!

So you get back to the resort, say hi to everyone and go get some rest. As that's happening, Farrah Abraham shows up. At what point did you find out she arrived?

I ended up staying in for the rest of the night, so the next morning I woke up and I had messages from everybody. They were like, 'Oh my god, you missed it, Farrah was here.' I was like, 'Dammit, I missed it.' I have to watch next week and I'll have to tune in like all the viewers because I missed out on that.

Looking at the whole experience overall, minor drama with Ashley at the beginning aside, was it a fun experience for you?

Most definitely. It was the greatest experience ever. I definitely would do it again, for sure. It was so much fun. We all were able to not have our kids and bond together. All of us are the only ones who know what it's like to be on a television show, so us being able to bond and talk about our stories and get to know each other off of social media was really really cool and I would definitely do it again. Hopefully all the moms can come next time.

Do you feel like you're in a better place with Ashley in particular now?

Oh yeah, for sure, there's no issues between me and Ashley. 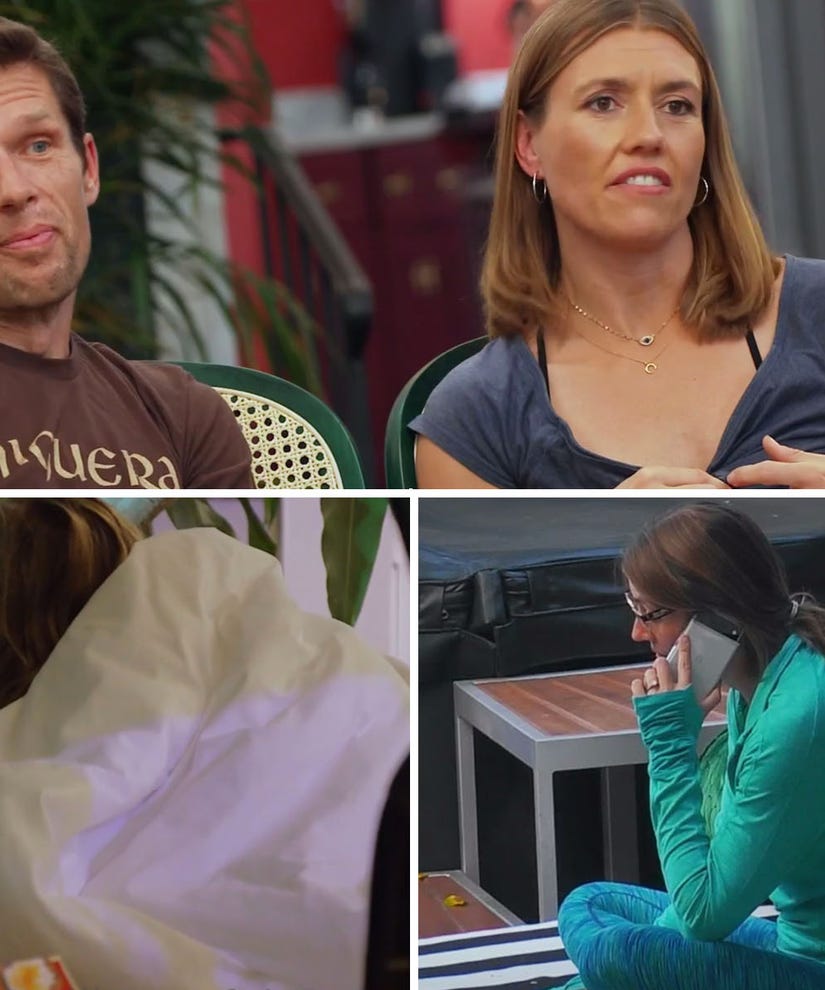 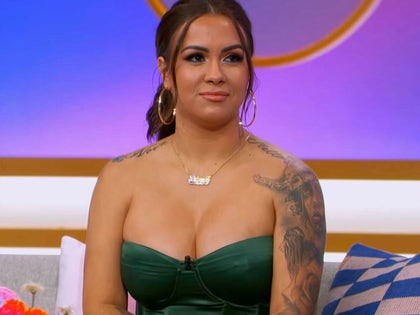