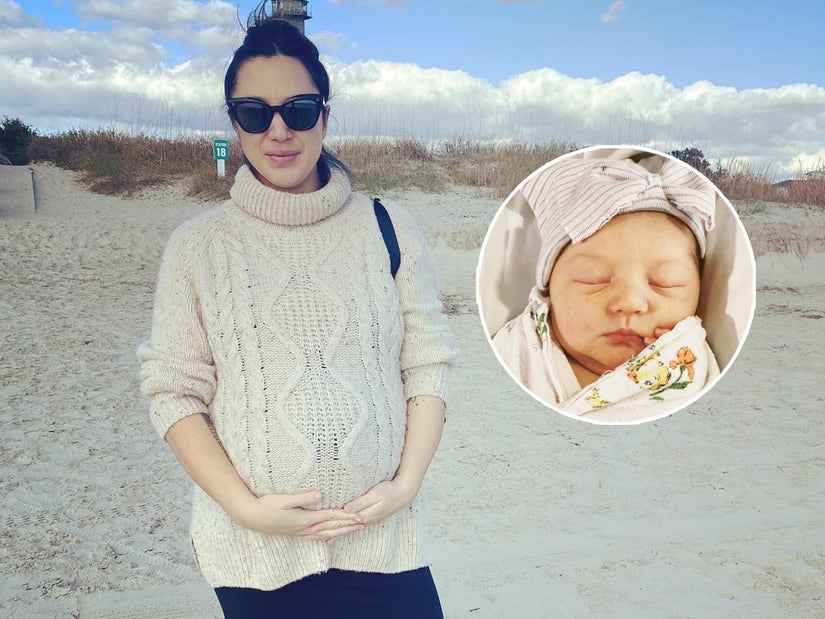 Michelle Branch celebrated the arrival of her rainbow baby with her husband Patrick Carney.

E! News revealed the couple had welcomed a baby girl on Wednesday. They named their baby Willie Jacquet Carney -- weighing in at 7lbs. 5 oz. and measuring 18.5 inches long.

"We are thrilled to announce the birth of a healthy baby girl," the parents shared in a statement to the publication. "She's named after Patrick's loving grandmother, Willie Madge Slate, and her middle name, Jacquet, is Michelle's mother Peggy's maiden name."

Little Willie is Branch and Carney's second child, but Branch's third. The couple had welcomed their first born back in April 2018 prior to their impending nuptials and the pair had postponed their wedding in preparation for their son Rhys.

Back in December 2019, the "Hotel Paper" artist announced she had a miscarriage on Instagram and wrote to her followers, "Just when we were rounding third and heading home (A baseball metaphor?! I know.) 2020 was like, 'Nah, I ain't done yet.' December decided to really finish us off with a bang!"

"No, literally. A bomb went off in downtown Nashville yesterday. And to further twist a dagger in my heart, I experienced my first miscarriage (ugh! Motherf—ker!)."

Later in August 2021, the singer revealed that she was expecting once again by sharing a picture of her latest pregnancy craving, scones and clotted cream.

"You know you're pregnant when," she wrote revealed the news on Instagram with the caption. "Woke up to a picture my friend Sonya sent of scones she was eating in England and I immediately had to hop out of bed and make a batch myself. @officialpatrickcarney was my hero (as usual) and went to the market in search of double cream."

"Couldn't be more excited (and nervous! Hello, pregnancy after miscarriage anyone?!) to announce baby Carney is coming early 2022!" she concluded her post.

Since then, the "Everywhere" singer shared pictures of her growing bump and even incorporated her pregnancy with her Halloween costume and snapped a photo of herself cradling her belly in a Virgin Mary costume.

Michelle and Patrick first met back in February 2015 while at a party for the Grammy Awards in Los Angeles. The couple fell in love while collaborating on Branch's third studio album and Patrick popped the question on her 34th birthday in July 2017. The couple got married in April 2019 in New Orleans.