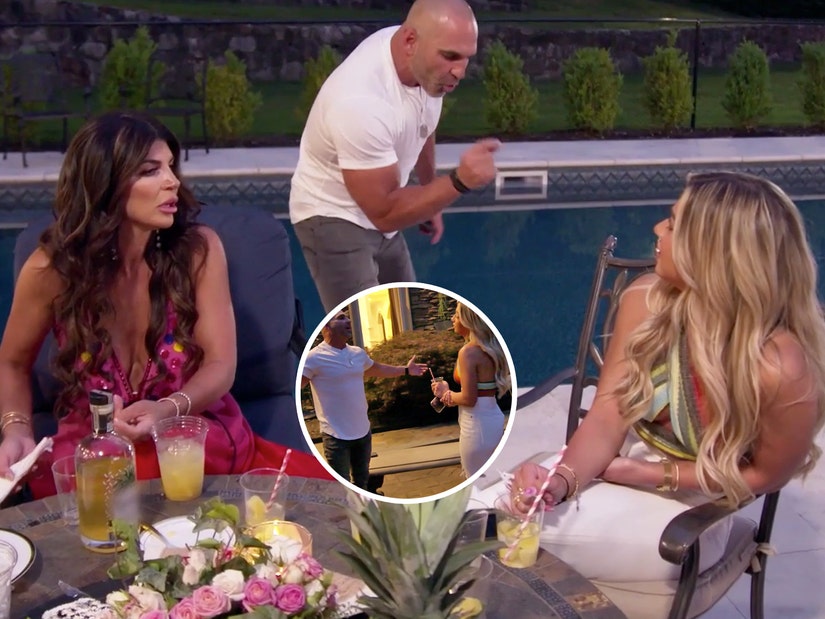 Joe calls his niece's behavior "horrendous," after she calls him out at a party for speaking ill of her father.

Gia Giudice is following in her mama's fiery footsteps when it comes to heated confrontations on "Real Housewives of New Jersey."

The now-21-year-old daughter of Teresa and Joe Giudice is standing up for herself in this sneak peek at this Tuesday's new episode of the Bravo series, in which she calls out her uncle Joe Gorga for making disparaging remarks about her dad.

In the footage, Gia, Joe, Teresa and T's fiancé Luis Ruelas are seen talking about Jennifer Aydin, who Gorga criticizes for "running her mouth" about him on social media. As he said he didn't want anyone putting anything "nasty" about him into the universe, Gia saw it as an opportunity to call out her uncle for doing just that about her dad.

The good stuff starts around the 4:10 mark below.

"It's a whole thing though. People get hurt, people get offended by things people say," she said, looking at Joe. "This is why people just shouldn't open their mouth in the first place, just like Dad didn't deserve it either."

When Joe turned to his niece and asked, "What Gia, what? I hear you talking," she responded by saying to him, "You're going to come at me disrespectfully? Because then I won't talk to you."

"If you want to say something, go ahead. I'm your uncle, I'm your godfather and I'm older than you. But go ahead, talk," he shot back, as she said none of what he just listed off means anything. "I'm an adult now, so you can talk to me like one," she added.

"I'm done with you being disrespectful," she continued, as he denied it. "You're not going to talk down to me either."

With that, Gorga was beside himself.

"I would never allow my daughter to talk to my aunt ... where were you raised?!" he exclaimed, getting up out of his seat before making his way toward the exit. "That is horrendous! I loved you since the minute I saw you, I fell in love with you," he shouted at her, pointing in her direction as he walked out. 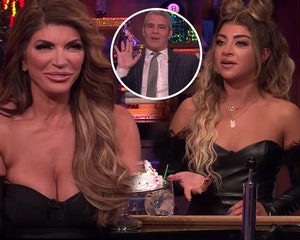 "I haven't seen you in six months. I don't even know what you're doing right now," she replied, as he left the party. As he left, Luis followed him out, while Melissa Gorga went up to Gia and asked what just went down.

"He was talking about how he didn't appreciate the comment that Jennifer made. And I said, this is why nobody should say things because people don't like when remarks are made about them, just like Dad didn't deserve it either," she explained. "I don't need to be talked to disrespectful."

"He can't f---ing believe that you even give him attitude, he's in shock," said Melissa, attempting to explain his behavior. "Gia, if you're gonna laugh off your uncle crying about you, that's not good," added Melissa, before Gia said she wasn't laughing it off and would try to go talk to him again one-on-one.

"She looks at me like I'm the devil. Your father was the devil, not me," said Joe to Luis outside, calling Gia's behavior "terrible." As she walked over to him to talk, he was immediately defensive, saying, "You gonna disrespect me again?"

He continued to say her behavior "wasn't nice" and got him aggravated -- before he exclaimed that none of this is anything new to him. "I've been dealing with this for 20 years," he said, likely referring to his ongoing issues with his former brother-in-law, Joe Giudice.

We'll see how this confrontation wraps up with RHONJ airs Tuesday on Bravo. 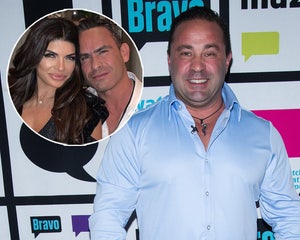