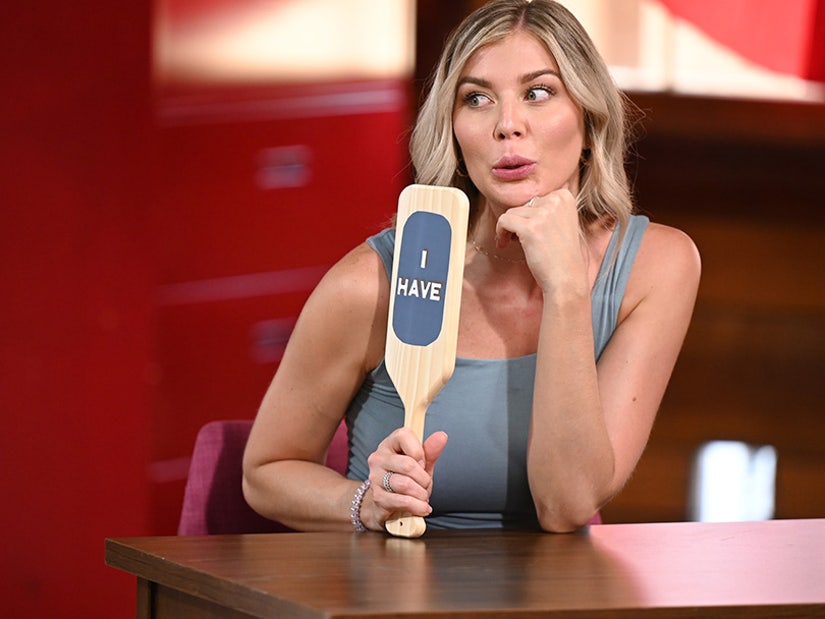 Shanae continues to lie her way through the competition, this time ready to award herself an Oscar for her performance fake apologizing to the other girls (at Clayton's urging).

Giving credit where credit is due, Shanae did say that this isn't "The Bachelor," it's "The Shanae Show." That was certainly this case, as this season's villain took center stage even on dates she wasn't a part of ... again!

We're still struggling a bit to believe that her villainy is real because who acts like that? It's all so over the top and cartoonish that it seems like this has to be some sort of performance art piece she's doing to gain Instagram followers or try to get her own reality show -- or at least invited to "Bachelor in Paradise."

Real or not, it's very real for the other women in the competition who continue to struggle as Shanae somehow seems to get away with doing whatever she wants whenever she wants and all she has to do is bat her eyelashes at Clayton and he believes everything she has to say.

At this point, we're ready to declare Shanae one hundred percent his type physically. She must be to him the hottest woman he's ever seen for him to intentionally blind himself to everything else, and believe her over every single other woman in the house over and over again.

After a very pleasant One-on-One with Serene to wrap up last week's adventures, where she opened up about having lost her grandmother and cousin in the past two-and-a-half years and how it's still impacting her emotionally. It was all very sweet, but there was no real surprise that Clayton gave her the rose.

He's given every single One-on-One date a rose. He's very simplistic when it comes to being "The Bachelor." If you're hot, he's into you. And he thinks all of these women are hot. He says it all the time, and it seems to be the deciding factor.

This isn't to take away from Serene -- though it did seem she was fishing a bit for him to say complimentary things by playing mysterious -- it's just that he's into every single woman who gives him the time of day and agrees to make out with him on these One-on-Ones.

Regardless, that finally got us to the Rose Ceremony, with the whole House still reeling from Shanae crashing the Group Date evening portion despite her team losing, cussing and throwing the team trophy into a pond. Clayton got the full rundown when he pulled the winning team aside for their story. That was six women setting him straight.

They had their doubts, though, and were right to as she admitted it was all lies in a confessional. She's not sorry for anything and doesn't even think she's done anything wrong. Again, can this really be a real human being thinking these things and behaving this way? If so, is she okay?

The women were devastated when once again, Clayton saved the worst for last and gave Shanae the final rose of the night. And for the first time, he sent home women we could actually remember, had spent some time with and enjoyed having a part of the show. There's no way Shanae should have outlasted Jill, Lyndsey or Sierra, but here we are.

She even ticked Sierra off a box as the second woman she's taking credit for having removed from the house, and started looking for who was next. Well, that decision was taken out of her hands later in the night as Shanae would find herself in a Two-on-One date with Genevieve and only one comes out with a rose -- the other goes home.

We Roast the Ones We Love ... and Hate

If Clayton wasn't going to get the message when it's presented to him sincerely, the women tried another tactic. With Shanae and Genevieve tied down to the Two-on-One, they missed out on both the One-on-One in Toronto and the Group Date, which included a classic roast.

Gabby scored the One-on-One date, so we already know what that means. She's gorgeous, he's into her and she gets a rose. Along the way, though, she did open up about her feelings of insecurity in relationships coming from her mother withholding love when she was growing up.

It's a tough thing to hear, and to Clayton's credit he didn't immediately stick his tongue down her throat. Honestly, we enjoy this pairing because Gabby is a very goofy girl, and she and Clayton were able to have a lot of fun being silly.

They kind of had to, too, because apparently "Bachelor" blew its budget on the airfare to fly everyone to Toronto because they were treated to exotic date highlights like playing street hockey and eating beaver tails from a street vendor. That's like thirty bucks altogether!

For the group date, the show sprung for comedian Russell Peters and the outdoor patio of a bar ... so way to go all out for this exotic international excursion for these ladies. Luckily, what Toronto lacked in flare the ladies brought in fire.

Tasked with roasting Clayton and one another, they did not hold back -- and that included Shanae. It didn't matter that she wasn't there, the women seemed to be trying to use humor to get through Clayton's thick head that she is bad news. They even called out her crocodile tears, which several women were not buying.

Falling for Clatyon ... or Just Into the Falls

At least, to his credit, we can say that he saw a problem enough to put together a Two-on-One. We never quite get any sense of why Genevieve was roped into it, but she's been passionate and direct and honest to this point with Clayton, so she's a good advocate for the other women in this pivotal moment.

The problem is we're just not sure if Clayton thinks she's as hot or hotter than Shanae. His ability to believe whatever Shanae says seems to have everything to do with his desire to make out with her. We know he enjoys making out with all the women, but hopefully he thinks Genevieve is looking pretty good, too, and wants to make out with her so he'll hear her, too.

To his credit, as obtuse and clueless as he's being this season, Clayton did apologize to Elizabeth after last week's episode aired, admitting that he had no idea everthing that was going on in the house. He didn't know about the trophy thing until the women told him.

And we suspect he didn't know the full extent of Shanae's villainy -- and her confessionals where she admits to lying and making things up to destroy the other women and just her behavior in general with the other ladies -- until he started watching the episodes back. He's going to have a lot to apologize for.

Will Shanae show up for "Women Tell All"? We'd kind of love it if she did and no one had any interest in talking to her about any of it. It feels like it would be a more powerful statement in some ways to just ignore her. Attention and fame is what she wants, so deny her that and that could well say it all.

For now, though, the episode ended on a cliffhanger as Clayton took the women to Niagara Falls where Shanae said she was going to through Genevieve over the falls. Previews of next week make it clear that one of the women (Shanae) outright lies to him, and we see him asking if Genevieve is lying or an actress.

Who knows what Shanae will pull out because if Genevieve goes home, there's no one to fact check whatever she said to convince Clayton to boot her. But, this is also the chance for Clayton to finally get it right. If producers are prodding him to keep her because she's great TV, you don't keep her past this point, do you?

The women back at the hotel are saying that if Shanae comes back, they'll lose a lot of faith in the process, their relationship with Clayton and probably respect for him. It's all fun and games for production, until it could impact their show. It feels like we're at that point and this could be Shanae's time to go. We just have to milk it into one more episode with a huge misdirection teaser.