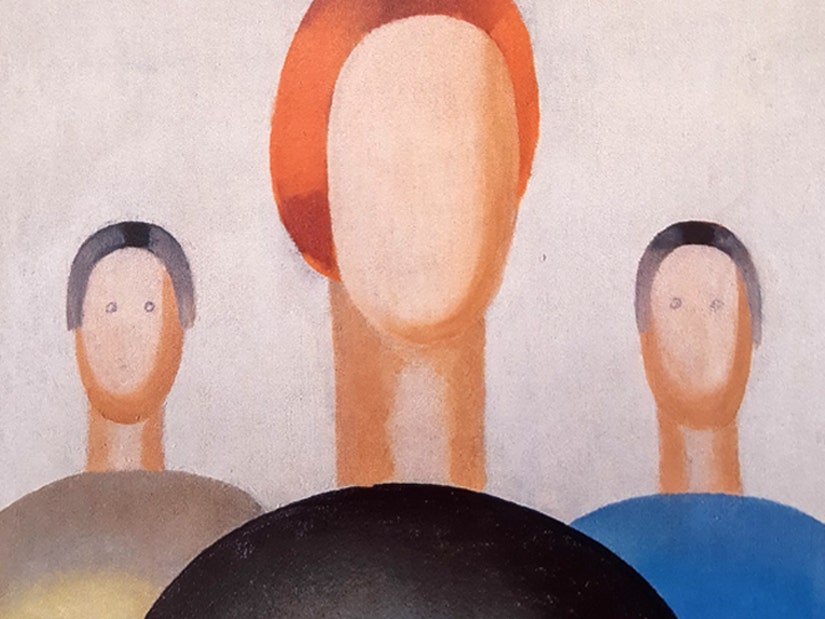 The expressionless Anna Leporskaya painting didn't have eyes. Now it does.

A Russian security guard on his first day on the job lifted his boredom by doodling on a $1million painting.

Anna Leporskaya's avant garde Three Figures, painted sometime in the early 1930s, features three humanoid figures devoid of any facial features. Devoid, that is, until the unnamed guard got his hands on a ballpoint pen.

On day one of working at the Boris Yeltsin Presidential Centre in Yekaterinburg, the new employee decided to sketch a set of eyes on two of the figures, in what exhibition curator Anna Reshetkin described as "a lapse of sanity". 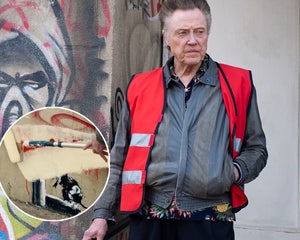 The incident was first reported by The Art Newspaper Russia in December, when two visitors to "The World as Non-objectivity. The Birth of a New Art" exhibition noticed the "improvements" to the artwork, and notified staff.

It wasn't until Tuesday that the gallery announced it had uncovered the culprit.

The guard, who worked for a private security firm, was fired.

The painting meanwhile was returned to the State Tretyakov Gallery in Moscow, which had originally loaned it, Sky News reported. Restoration will cost an estimated $4,500. 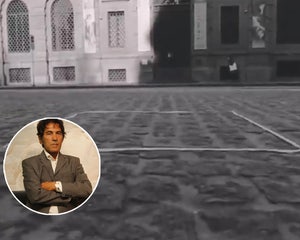 According to The Art Newspaper, prosecutors originally refused to press criminal charges, because of the "insignificant" damage to the artwork.

The Minister of Culture wrote to the Prosecutor General's Office demanding the crime be classified as "destruction or damage to cultural heritage objects and monuments", which is punishable by up to three years in prison, a 3million ruble ($40k) fine, or three years forced labor.

In the end, the incident was classed as "vandalism", which upon conviction comes with the somewhat less severe maximum sentence of 360 hours forced labor and a 40k ruble ($5k) fine. 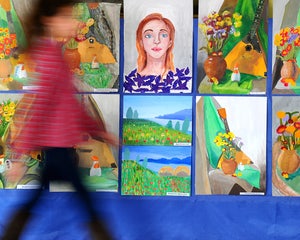