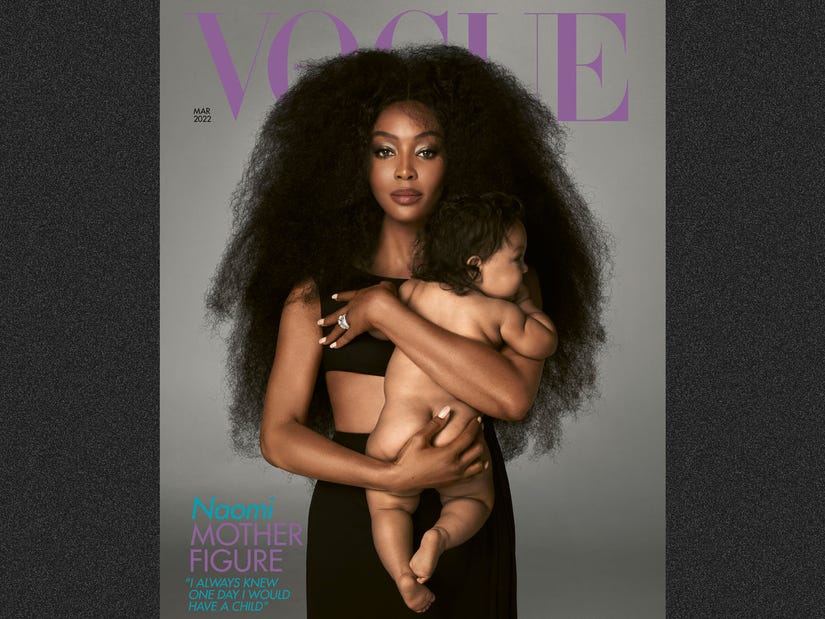 "Everything I do, I do for her," says the 51-year-old supermodel.

Naomi Campbell's baby girl is ready for her closeup -- and just made one helluva debut on the cover of British Vogue.

The supermodel surprised the world when she announced in May 2021 that she became a mother at the age of 50, sharing a photo of her then-newborn's feet on social media. For the publication's March cover story, the mother-daughter duo pose together for the first time, as Campbell opens up about being a mom.

According to Vogue, Naomi is still keeping the details around the baby's birth -- as well as her daughter's name -- a secret for now, saving that intel for her forthcoming book.

"She wasn't adopted - she's my child," Campbell said, adding that she could "count on one hand the number of people who knew that I was having her" before the baby's arrival. "She is the biggest blessing I could ever imagine. It’s the best thing I’ve ever done."

Age be damned, says Naomi, who's also been telling her female friends "don't hesitate" when it comes to following in her footsteps. 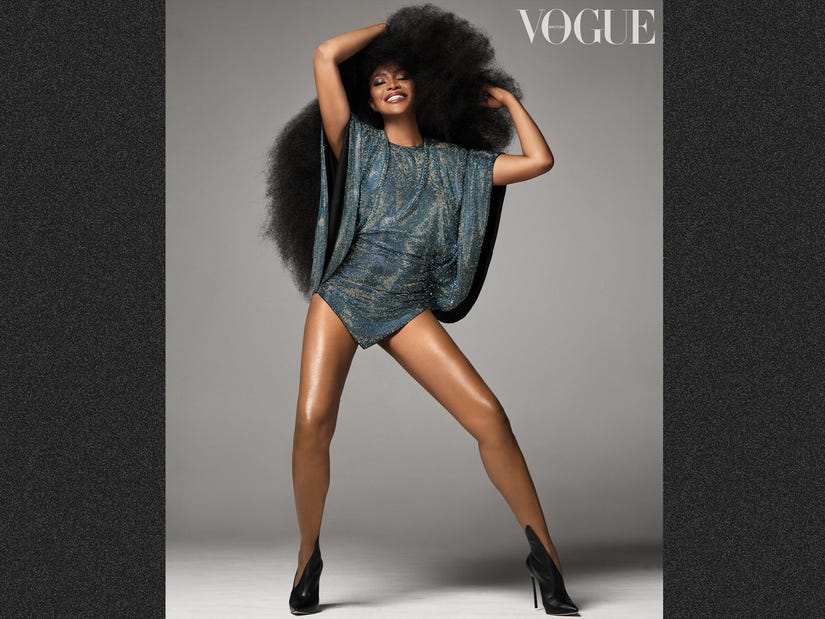 "She's a good girl: she sleeps very well, she hardly ever cries and I'm told she's very alert for her age. She's just started waving, which is fun. She laughs a lot. She's almost talking," said the proud mama of her daughter. "I think she might walk before she crawls. And she's got six teeth already."

Calling motherhood "the biggest joy I could ever imagine," Campbell acknowledges she's "lucky to have" her daughter and "always knew" she'd be a mom someday. With her daughter's birth came a new sense of being a child herself, as she's started "reliving nursery rhymes, playing and discovering how many great new toys there are out there in the world."

As for what's changed most in her life since the baby's birth, Naomi explained that her daughter now always comes first. "Everything I do, I do for her – that's it. It's so completely selfless, isn't it?" she said, while also laughing and exclaiming, "Why not?" when asked about having more kids.

While she may not be rocking any designer digs for her big debut, Campbell joked that the little girl already "has a really nice closet thanks to so many designers and friends who have sent her some lovely things."

Both Campbell and the reporter who interviewed her noted that the baby was "a natural" when it came to her shoot too. "She loves the light. She's inquisitive. She was looking at everyone – she looks at people right in the eye and for a very long time," added Naomi. "She was taking it all in."

See the full feature in the March issue of British Vogue available via digital download and on newsstands from Tuesday February 22nd.