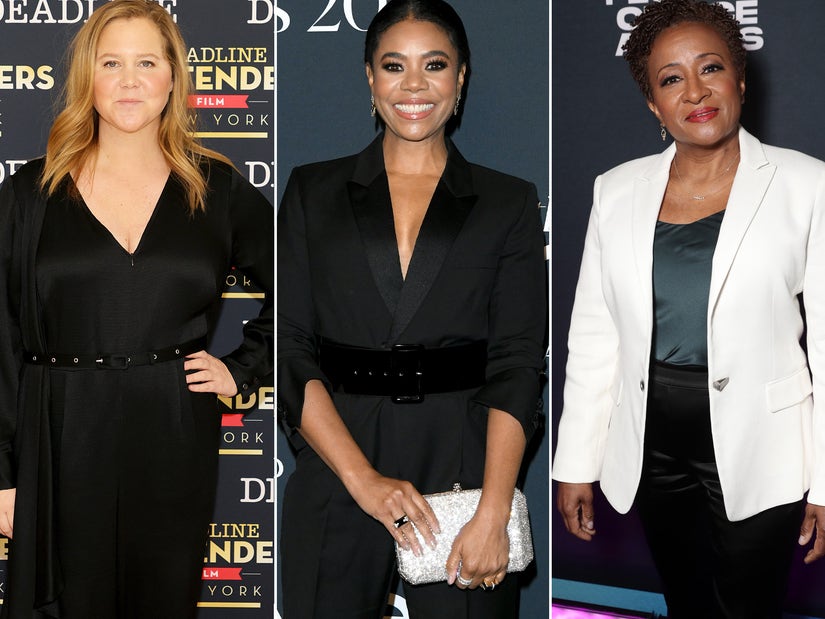 Amy Schumer, Wanda Sykes and Regina Hall are confirmed as cohosts of the 94th Academy Awards.

The announcement was made on GMA Tuesday morning.

Sources told Variety the three comedic forces are in final consideration for the highly anticipated award show. Producer Will Packer is said to have been working for weeks to find the right balance in programing for Hollywood's biggest night -- including the right talent.

Per Variety, one option he had been formulating was a three-act structure which would feature a different pair of hosts every hour; Over the past few weeks Packer has kept a long list of celebrity talent in consideration including Jon Hamm who reportedly left talks over the weekend.

ABC has declined to confirm or deny any rumors ahead of the official announcement on "Good Morning America" this Tuesday.

Schumer got at least a few people talking when she took to Instagram to share a carousel of images that represented some of her biggest career highlights with the mysterious caption, "Big fun news comin."

Amy has received 12 Primetime Emmy Award nominations and won the award for outstanding variety sketch series for her show "Inside Amy Schumer" in 2015. The 40-year-old comedian will star in a 10 episode series on Hulu called "Life & Beth" this year.

Hall has appeared in a myriad of films such as "The Best Man," "Little," "The Hate U Give" and the "Scary Movie" series. Regina has also won the New York Film Critics' Award for best actress for her performance in "Support the Girls" in 2018. The 51-year-old actress also dominated the Sundance Film Festival this year with her performances in "Master" and "Honk for Jesus, Save Your Soul."

Sykes, is both the star, creator and writer of "The Upshaws" on Netflix and can be seen on "The New Adventures of Old Christine," "Black-ish" and “Curb Your Enthusiasm. Wanda herself has 14 Emmy nominations and one win.