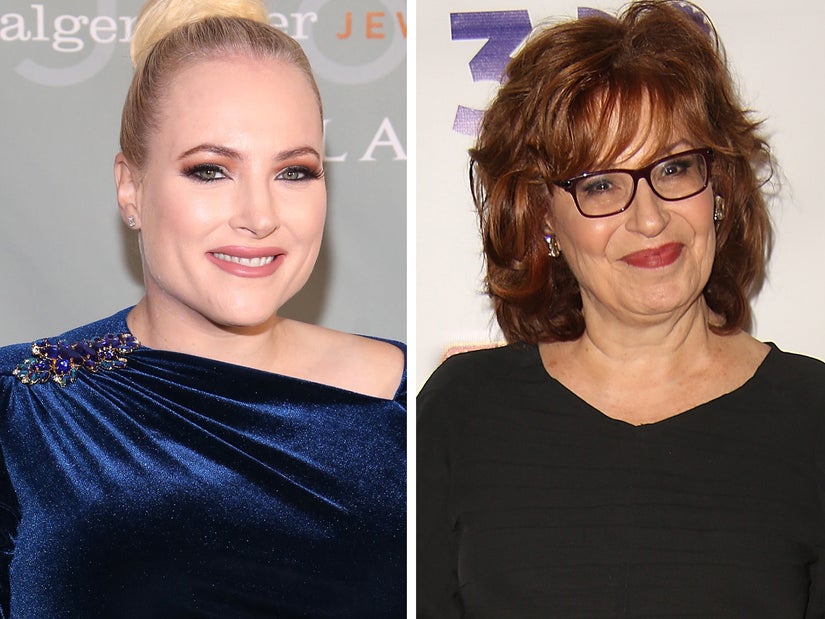 "It's pathetic and it creeps me out."

Meghan McCain and Joy Behar shared tweets about one another on Valentine's Day, but it's safe to say they weren't filled with love.

It all began when McCain, 37, took to Twitter to post a heartfelt tribute to her husband, Ben Domenech, on Monday in honor of the holiday.

Alongside a photo of the two together, the former "View" co-host wrote, "Happy Valentines Day @bdomenech -- I love you and am grateful every day for the life we have together."

Happy Valentines Day Ben ⁦@bdomenech⁩ - I love you and am grateful every day for the life we have together. pic.twitter.com/an59kFeLDo

While her tweet was later removed, it didn't go unnoticed by McCain, who called out "The View" panelist, 79, over her comment.

"Imagine spending your Valentines Day trolling your ex colleagues tweet about her husband," McCain tweeted, sharing screenshots of her Valentine's Day post as well as the remarks from the Twitter user and Behar.

McCain went on to retweet Dean's post and slammed Behar once again, writing, "It's pathetic and it creeps me out."

It’s pathetic and it creeps me out. https://t.co/5DTz6GA6qA

According to PEOPLE, she also shared -- and later deleted -- another tweet in which she wrote that leaving "The View" "is like having ex's who won't stop drunk texting you."

In July 2021, McCain announced her exit from "The View" after nearly four years on the daytime talk show. Her decision came a little more than nine months after she gave birth to her first child, daughter Liberty, with Domenech. While she said her family's then-recent move from New York -- where the show films -- to Washington D.C. was the reason behind her departure, McCain later revealed what actually led to her exit.

In her audio memoir "Bad Republican," McCain shared that she left "The View" because of how she felt she was treated by Behar, Whoopi Goldberg and even others off-camera.

She ultimately decided to quit after she came back from her 3-month maternity leave and Behar said she didn't miss her on-air. In her memoir, McCain said she "felt like [she'd] been slapped," adding that she "burst into tears" and was "uncontroll[ably] sobbing" when they cut to commercial.

"Until that moment it hadn't even occurred to me that Joy hadn't missed me," she recalled.

McCain claims that when she asked for an apology from Behar and producers told her that she wouldn't be getting one she realized she had had enough and decided to quit. "I took a look at my life outside of myself and I thought clearly -- this s--- isn't worth this."