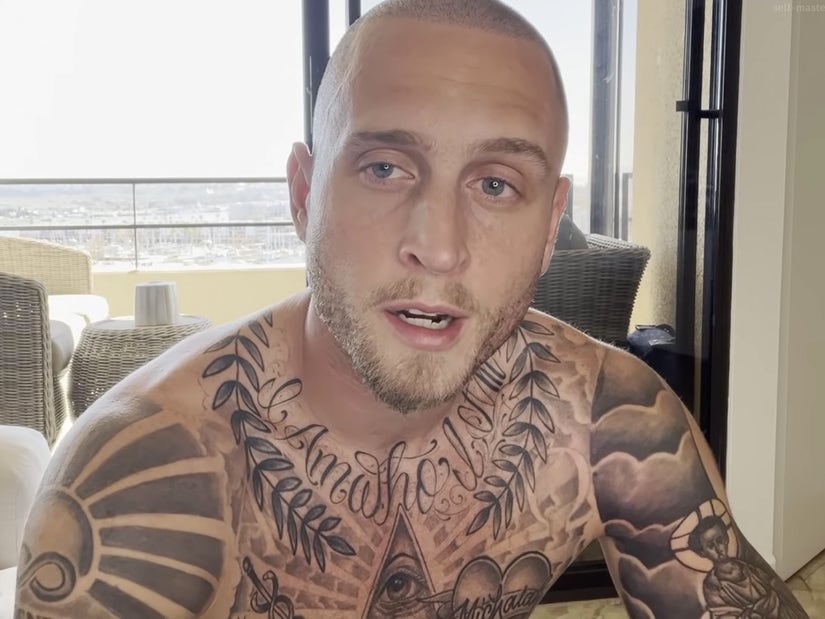 "My experience was even more complicated because on top of fame already being toxic, I wasn't even famous. I was just the son of somebody famous."

Chet Hanks is opening up about his experience growing up as the son of two famous stars: Tom Hanks and Rita Wilson.

On Tuesday, the 31-year-old actor shared a 13-minute video to his new YouTube channel, in which he detailed his upbringing while in the limelight. 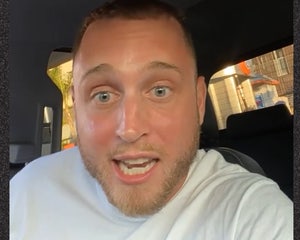 "There's a lot of advantages but sometimes it can be pretty weird," shared Chet, who filmed himself shirtless, with his chest tattoos on full display. "Everyone knows the advantages, they're self-explanatory. I'm very blessed. I got to do a lot of cool s--- that a lot of people don't get the opportunity to do. I got to travel the world, stay in nice hotels, fly on private planes and I'm very blessed for that. I wouldn't change my situation for [anything.]"

"The truth is it is a double-edged sword," he added. "It's a lot more complicated and not so many people really understand it."

The "Your Honor" star went on to share his thoughts about fame, which he described as the "most powerful drug known to man," adding that it "can also be the most destructive."

"People are infatuated with fame," Chet said. "They put famous people on a pedestal. Everybody wants to be famous. It creates a lot of jealousy. A lot of envy, everyone is doing whatever they can to become famous. We think that it's gonna validate us and I've been guilty of that too."

"But the truth is that seeking validation from fame and from others only amplifies your misery," he added. "True validation can only come from within yourself. My experience was even more complicated because on top of fame already being toxic, I wasn't even famous. I was just the son of somebody famous. So I hadn't even done anything to deserve any sort of recognition."

Chet said this "created a lot of contempt," noting that "people automatically assumed in general that I would just be a really arrogant, entitled, spoiled brat, even though I really wasn't." He shared that he's "very privileged" but he "wasn't spoiled" by his parents, adding that he wasn't "give[n] money or an allowance" and had to "work and earn everything I made."

The "Empire" star -- who attended the same school from preschool to eighth grade -- said that when he started high school and during his college years, it was "almost impossible" to "break" people out of the "preconceived notions" that he was "arrogant, spoiled, entitled brat."

"People would make up their minds about me before they even got the chance to know me and it was extremely hard to break down their walls," he recalled, adding that he "encountered a lot of disdain, a lot of animosity, a lot of negativity because everybody was just prepared to hate my guts." 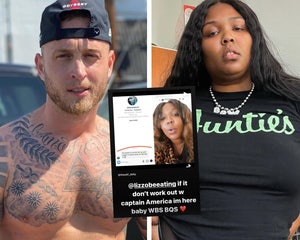 Chet said this pushed him to "develop a chip on my shoulder and walk around with a lot of anger," and "led me to create this hard exterior." He added, "People did kinda f--- with me a lot growing up. It was never to my face. It was always behind my back in the forms of gossip and s--- talking."

The "Fantastic Four" actor noted that feeling like he had "something to prove" ultimately "led me down a path of self-destruction through my twenties."

Chet went on to share how he's in a better place now, saying he's "getting to the point where I'm starting to truly feel that I don't really have anything to prove to anyone." He said that it took him "a long time to realize" that "people's perception of you is only a reflection of themselves."

The "Maron" actor added how his life has since changed. He explained, "I no longer have gone down that self-destructive road of dealing with my anger and my resentment by self-destructing, by pleasure-seeking through partying, drugs, alcohol substances, everything. And now I'm just focusing on doing the work and being the best me that I can be." 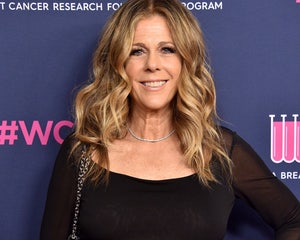 Meanwhile, around the 10-minute mark, Chet, who was now wearing a shirt, clarified the main point of his video, revealing that he hadn't "given you the whole truth" about growing up as Hanks' son.

"Everything I've said thus far is true, but it's just the surface," he said. "It's scary for me being vulnerable like this, putting myself out on YouTube like this, and it's all new to me, but if I'm gonna do this s--- and if this s---s gonna have any real value, I need to go all the way with it. I've been preaching that 99% is half-assing it. So I have to practice that. And the truth is people projecting, judging me, hating on me. It didn't just make me angry. It didn't just make me hostile. It also made me ashamed."

The "Shameless" actor said he felt "worthless" and "internalized" the hurt and shame by "mask[ing]" it with "anger." Chet admitted that those feelings, as well as being "insecure" about his upbringing, made him have a "hard exterior."

Concluding his video, Chet said, "I'm always gonna give this to you guys straight from the heart, straight off the cuff. So that's the real truth. That's the whole truth. And there's more to come. Thanks for joining me on this journey. If you guys are still watching, I love you. Thank you."