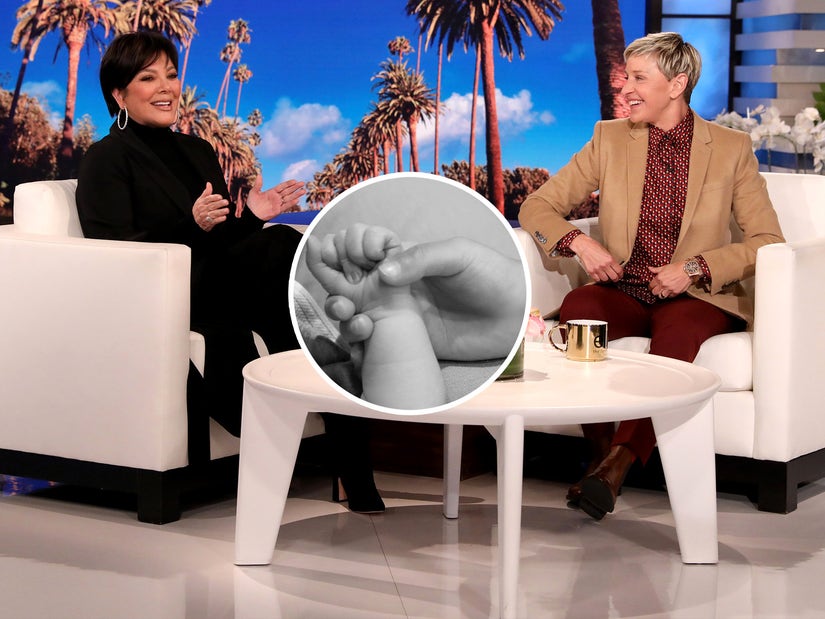 She was also tasked with naming all 11 of her grandchildren ... and struggled remembering this one.

Wolf Webster looks "exactly" like older sister Stormi, this according to Kris Jenner -- who was in the delivery room when the baby boy was born.

During an interview with Ellen DeGeneres filmed this week and airing in full on April 5, the Kardashian family matriarch opened up about witnessing daughter Kylie Jenner welcome her second child with Travis Scott. Little Wolf is Kris' 11th grandkid.

"He's so cute. It's amazing. I was in the hospital when he was born," shared Kris. "It was me, Kylie and Travis because they have rules and regulations now so you can only have so many people. Back in the day, I had like 15 people when I was giving birth, it was like a party. But now it's very controlled. When he came out, it's like, 'There's Stormi being born all over again.'"

"That's always been Kylie's angel number," said Kris, referring to numbers which contain sequences or repetition that stand out to an individual for any reason. "A friend of hers got her a necklace with that number and she was wearing it when she gave birth, it was so weird. She's had the necklace for like 5 years!"

When Ellen noted that 2222 was wife Portia de Rossi's favorite number too, Kris reacted with a simple "Oh," awkwardly stopping the conversation in its tracks. "You ended it by going, 'Oh,'" exclaimed Ellen, "I thought you'd say something!" 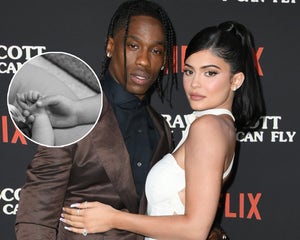 Kris then started to squirm when DeGeneres tasked her with naming all 11 of her grandchildren.

"Mason, Penelope, Reign, North, Saint, Chicago, Psalm, Stormi, Wolf, hold on, Dream ... how many is that?" she began, as Ellen told her she was forgetting someone. "I'm missing one? True! Oh True, I love you so much, True! Saves the best for last, that's what I always say."

When asked who she believed would give her her 12th grandchild, Jenner said she thought it'd "be nice" if it was Kendall Jenner. "She's the only one who hasn't had a baby. I think she would eventually love to have a baby," added the momager.

While Kendall has expressed having baby fever in the past thanks to all her nieces and nephews, she told Jimmy Fallon in 2021 she's happy being the "cool aunt" in the family for now.

When Fallon, 46, asked about Kendall's babysitting skills, she said, "I'm alright. I always want to be the cool aunt and liked, I guess, by all of them." She added, "It's really fun. I try to be chill."

As for her NBA player beau, the reality star said Devin Booker also "loves" the kids and has a special bond with Kylie and Travis' daughter in particular. "He loves them," Kendall told Fallon. "Him and Stormi have an amazing relationship. She has the biggest crush on him and I'm jealous sometimes. I'm like, 'Stop ... can you guys not?'" 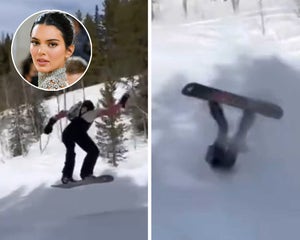