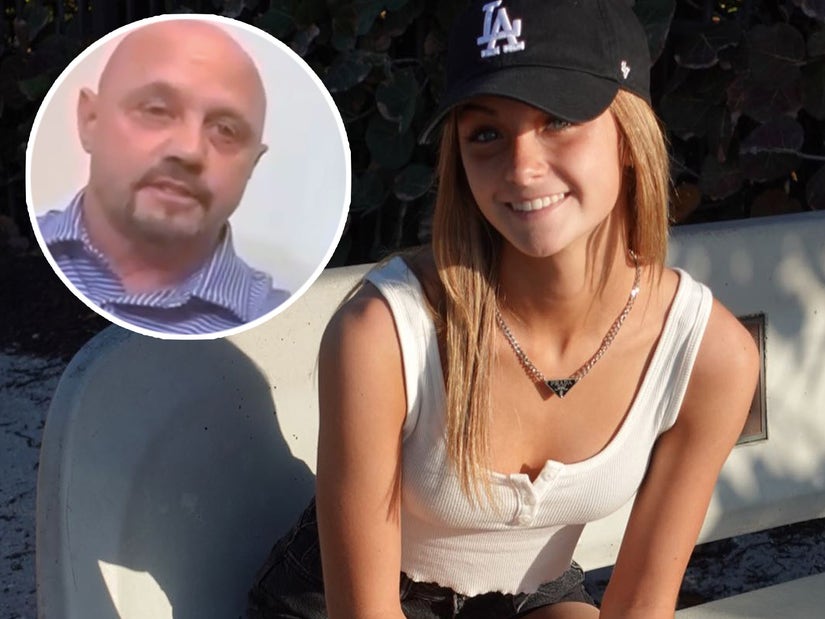 "I could never have imagined my innocent posts would result in a stranger showing up at my front door with a shotgun."

15-year-old Ava Majury of Naples, Florida has amassed more than 1.2 million followers on TikTok -- and one of them, 18-year-old Eric Justin, allegedly attempted to break into their home last summer, armed with a shotgun he put to use on their property.

In interviews with both The New York Times and TODAY this week, the Majury family detailed how Ava's social media presence led to a very dangerous situation, warning others to be more aware of what lurks online.

According to the family, Justin started reaching out to the teenager in 2020 and even sold him two photos of herself that she had already posted to social media for $300 via Venmo.

"I wasn't sending anything of my body," Ava told the Times. "It was just pictures of my face, which is what I assume that he was paying for. My whole thing is my pretty smile — that's my content."

But that apparently wasn't enough, as Justin reportedly also reached out to Ava's friends, who sold him photos of her and her cell phone number, which he put to use. He also started messaging her on Venmo, requesting "booty pics" and "stuff that a 14-year-old shouldn't be sending," claimed Ava. According to messages viewed by the publication, he even begged her to unblock him and offered hundreds of dollars for her to do so.

A 15-year-old TikTok star and her family are speaking out after her father fatally shot an obsessive stalker who arrived at their house with a gun. @gabegutierrez reports. pic.twitter.com/5AraoBX2Pq

"I had the opportunity to actually text this person and said, 'Hey, she's a minor and you need to not contact her anymore,'" her dad, Rob, told TODAY. "And we notified the authorities."

Justin had also reportedly messaged a classmate of Ava's and wrote, "i could just breach the door with a shotgun i think" -- a message Majury told her parents about. "I sort of discredited what could have been a threat," admitted her father, who knew Justin didn't live anywhere near them.

Justin showed up to the family's home with a shotgun and fired at the front door. Rob said he chased him off, grabbed his own handgun and waited for authorities to arrive when Justin returned, reportedly pointing his weapon at Rob after being asked to drop it and was shot in return.

"All I remember was, I heard it, I felt it in my chest, and I looked up, and there was a hole in my door from the fragments," Ava told The Times.

"Somebody had attempted to breach the door with, I presume, a shotgun. At that point I took action and neutralized the threat," Rob told TODAY.

In the police report, the Collier County Sheriff's Office said, "The subject was most likely a stalker that resulted from her daughter’s extensive social media involvement." Rob said police told him the shooting was justified -- and when asked for comment by both TODAY and The Times, the department simply said it was an ongoing investigation. Justin's identity was confirmed by his own father, who said he's spoken with investigators.

Since the incident, Ava has returned to social media -- but her parents are much more involved now.

"More security on our end. More reviews of accounts. More checking in," her father told TODAY. "Just trying to be normal for Ava. Even afterwards people say, 'Why would you allow this to continue?' It became such a part of her personality and being that to take it away would maybe harm her more."

After sharing her story for the first time this week, Ava also explained she was finally speaking out as a way to warn others about the "dangers of social media."

"Social media can connect people of all walks of life and create a sense of community. But today I'm telling my story so that young people and parents are also aware of the dangers of social media," she wrote on Instagram. "I could never have imagined my innocent posts would result in a stranger showing up at my front door with a shotgun. I urge young people and parents to immediately report any threat or signal of violence, and not wait until it’s too late. I hope my experience will be a teaching moment for not just my friends but social media users of all ages and backgrounds.  Thank you all for your support."

As for Justin's family, his father simply told The Times his son "was a nice kid." He added, "I'm at a loss for words. I don't know what went bad with him. He made a bad choice."