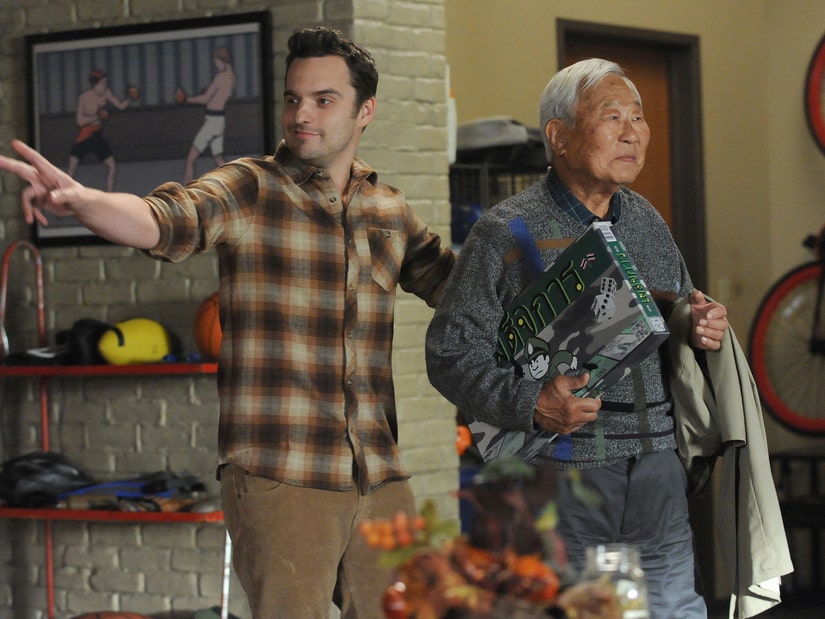 "He gave so much with literally no lines," wrote Jake Johnson.

Ralph Ahn, the actor known for his appearances on "New Girl" as the stoic but silent Tran, has died. He was 95.

The actor's death was confirmed Sunday by The Korean American Federation of Los Angeles president James Ahn, in a Facebook post expressing "shock and sadness" over his passing. The late actor also appeared in "Golden Girls," "Lawnmower Man 2" and "Gilmore Girls" and also worked as a teacher.

Though he appeared on seven episodes of "New Girl" as a confidante of Nick Miller's (Jake Johnson), he only spoke twice. He was a calming and guiding presence for Nick, who would often turn to Tran for advice, figuring out his issues thanks to the character's nods and laughs.

After news of his death started making headlines, Johnson was one of the first to share a tribute to his former costar.

"RIP. So much fun to work with. He gave so much with literally no lines," he wrote. "I loved when he was on set. I was always expecting to somehow work with him again. Condolences to his family/friends."

In the comments, star Zooey Deschanel added, "Noooooo," along with a crying emoji.

Lamorne Morris -- AKA Winston Bishop -- shared a tribute as well, writing, "Damn. RIP to Ralph Ahn. He played Tran on New Girl. Always the funniest scenes in the episode. This man lived a lot of life, keep his friends and family in yall thoughts and prayers."

In the comments, costar Hannah Simone -- who played Cece -- also added, "He was so funny and made everyone in a scene with him funnier. Love to his family and friends."