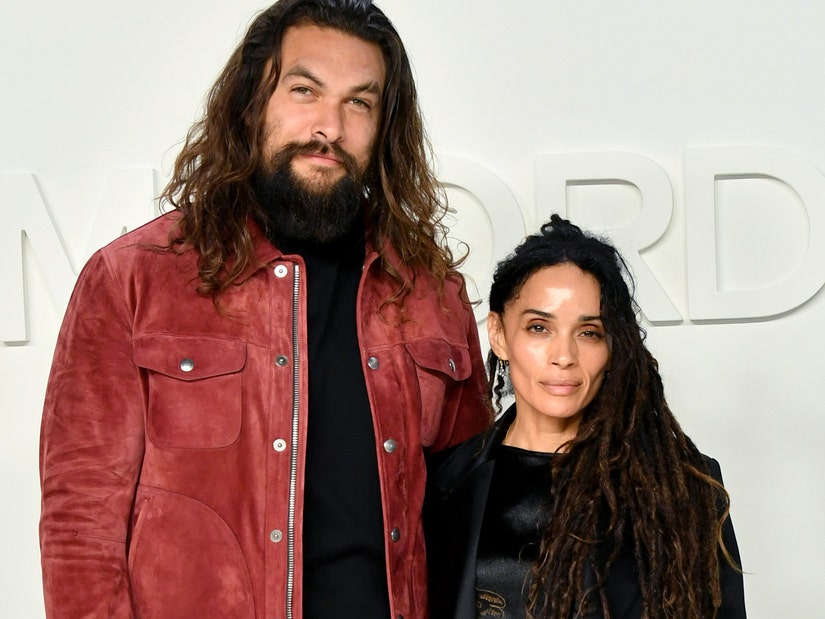 During an interview with Entertainment Tonight, the 42-year-old "Aquaman" star stated that he and the 54-year-old actress are "still family" after announcing their split after 16 years together and nearly five years of marriage.

Momoa expressed his support for Bonet's daughter, Zoe Kravitz, by attending "The Batman" premiere in New York City accompanied by Kravitz' boyfriend Channing Tatum and the children he shares with Bonet, Lola, 14, and Nakoa-Wolf, 13.

"We're just so proud," he gushed about his step-daughter. "Lisa couldn't be here so we're representing -- me and the babies. We're very excited to just be here. ...It's still family, you know?"

The "Game of Thrones" actor also took to Instagram to share his excitement for Kravitz and her role as Catwoman in the new Batman adaptation.

"CHEEEEHUUUUUUUU. SO EXCITED @channingtatum and I are on our way to see our ZOZO. finally @thebatman premiere. i'm so beyond proud of you @zoeisabellakravitz," he captioned a photo alongside the "Magic Mike" actor.

In January, Momoa and Bonet announced they would be parting ways in a joint statement to Instagram.

"We have all felt the squeeze and changes of these transformational times. A revolution is unfolding ~ and our family is of no exception… feeling and growing from the seismic shifts occurring," read the statement posted to Momoa's page.

It continued, "And so~ We share our family news: That we are parting ways in marriage. We share this not because we think it’s newsworthy ~ but so that~ as we go about our lives we may do so with dignity and honesty."

"Our devotion unwavering to this sacred life and our Children. Teaching our Children What's possible ~ Living the Prayer May Love Prevail J & L," the message concluded.

Before announcing their split, Bonet spoke to Interview Magazine in December and left a cryptic message about an impending force of change entering her life.

"Definitely learning how to be authentically me, learning to be new, and following this invitation from the universe to step into this river of uncertainty," Bonet said at the time. "We've eliminated all this extra noise, and now it's time to grow our roots deeper into our own values."