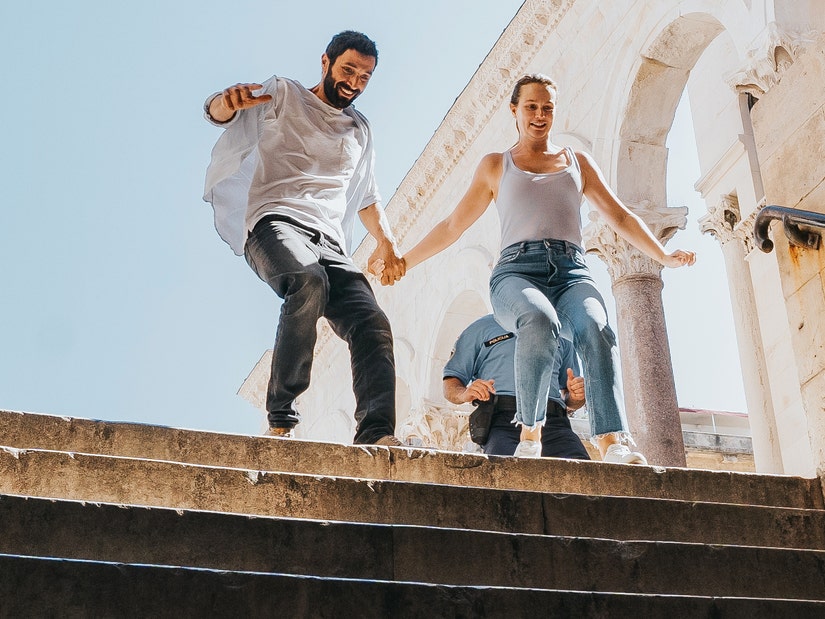 While a faithful adaptation, fans of the book are in for some surprises -- especially with the final twist.

Anyone who read Sarah Alderson's "The Weekend Away" still has some surprises in store for them when the Netflix adaptation drops this week.

Adapted from Alderson's book of the same name, the movie stars Leighton Meester as Beth, a mom who joins her best friend in Croatia for a weekend-long vacation -- her first since welcoming her first child with her husband. The trip goes to hell, however, when her friend winds up dead and Beth becomes the prime suspect in her murder.

With the author on board as the film's writer and executive producer, the movie is a pretty faithful adaptation ... until the last moments at least. We'll dive into spoilers toward the end of this post, but, to start, Alderson told TooFab she was more than comfortable making some tweaks to her own material to bring the project to the small screen. 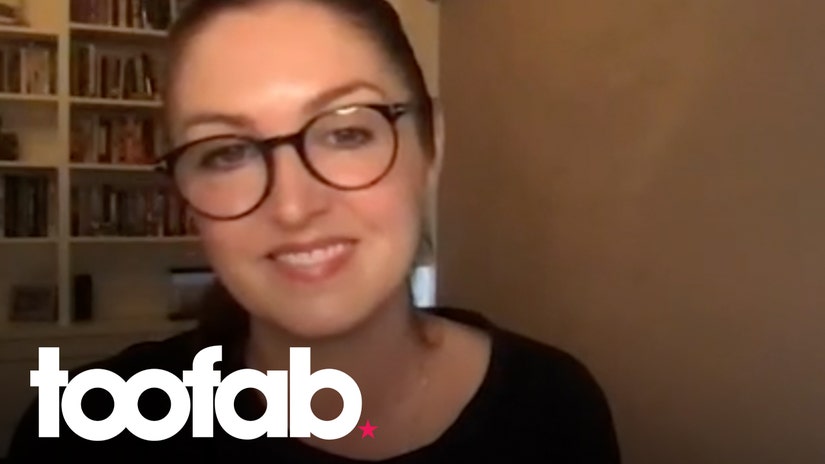 "I wrote the book, in my mind it was a movie as I was writing the book, which actually made it very easy to adapt. Because I already planned it in my head as that," she said. "So most of the book ended up in the script, obviously condensed massively down to 90 minutes, which is always a challenge. You're trying to get all those character arcs and meaningful moments for the characters, as well as the pace and excitement and suspense too within 89 minutes is a challenge."

"In terms of getting notes, I'm actually pretty used to it because I work in television and it's a hugely collaborative medium," she added. "You learn early on you can't be precious, you have to kill your darlings, you have to work with actors, directors, with excess and it's not necessarily your work. In features, the director has a point of view, the actors want to do certain things and you have to adapt and be flexible. Luckily, I was already used to that so it wasn't that hard."

When it came to casting the lead role, Alderson is thrilled to have the "Gossip Girl" and "How I Met Your Father" star on board as Beth -- especially since Meester could really relate to her character, after recently welcoming her second child herself.

"She's so perfect. Everyone loves her, she's an amazing actress," said Alderson. "She really did embody the role, she's perfect. She had just had a child herself, so I think she very much understood where Beth was coming from in terms of the exhaustion of new motherhood for sure. That sense of loss of identity and she just really brought in a lot of what was going on for her into the role. She was just perfect. She's so engaging as an actress."

It's here we need to dive into spoiler territory, so if you haven't yet watched the movie, stop reading now!

Though most of the movie plays out nearly beat for beat as the book, there's a dramatic change at the end.

In both versions, Beth returns home from her trip believing a Croatian cop was to blame for her friend's murder, before finding out the killer was actually her husband -- who she previously discovered had been having a secret affair with her BFF, leading to their divorce.

In the book, she discovers her now-ex husband is the killer when footage of the murder resurfaces after dropping off their child with her husband  -- and it ends on a cliffhanger with him taking off with their kid. In the movie, however, she realizes he's the killer after finding a piece of jewelry her friend was wearing the night she died in his possession -- and his confession is heard by police after she calls them in secret, leading to his arrest.

"The book ends on a cliffhanger and I knew as soon as I was going to do it for a movie, that wouldn't be very fair, either to the audience or to Beth, the main character," explained Alderson. "I wanted to complete her arc, I didn't want to leave her on this cliffhanger where you didn't know what happened to her next. I wanted to give her that sense of closure she doesn't quite get in the book."

Should "The Weekend Away" do well on Netflix, there's a good chance more of Alderson's books could be adapted into films or television shows -- and she already has a few in mind.

"I have a book actually that's out this summer called 'The Cabin In the Woods,' it's another tense, gripping thriller that I really want to adapt to television," she told TooFab. "And then hopefully another couple of them to turn into movies as well."