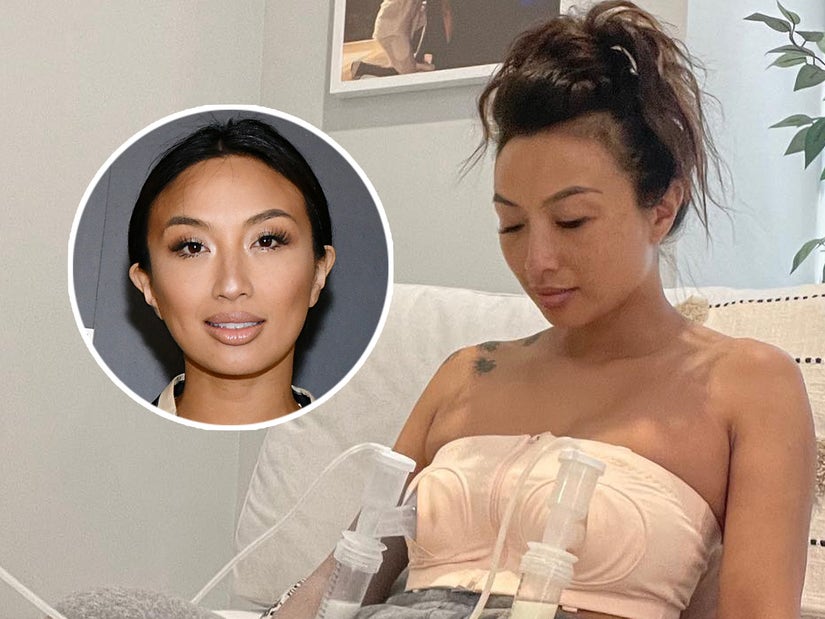 "It's been the most difficult part of this entire mom journey. I already HEARD it was gonna be, but I never imagined this," wrote the talk show host, who shares daughter Monaco with her husband Jeezy.

Jeannie Mai is speaking out about her "difficult" experience with breastfeeding.

"The Real" co-host -- who announced the birth of her daughter Monaco in January -- took to Instagram on Friday to reveal that she's been struggling with producing enough milk for her baby girl.

Jeannie, 43, shared two photos of herself using a breast pump and went into detail about her struggles, describing breastfeeding as "even more difficult than giving birth." 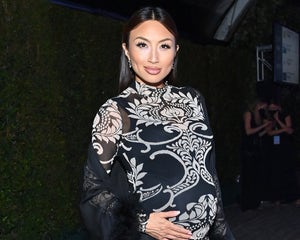 "Been tackling this breastfeeding thing for two months. Listening to a lactation nurse, reading advise [advice] online, and getting so much help from other moms (🙏)," began Jeannie, who shares Monaco with her husband Jeezy. "Hands down, it's been the most difficult part of this entire mom journey. I already HEARD it was gonna be, but I never imagined this. For me, it's was even more difficult than giving birth 😳."

"The day I gave birth, the nurse put Monaco to my breast and I got emotional about the colostrum that my breast naturally produced. I couldn't believe nature took place so fast!," she continued. "I fell in love at first latch. I've never felt anything like that bond before, looking down at my body providing for this sweet face. I became obsessed."

The talk show host added that the nurse told her to "latch the baby every three hours, which will signal to my breasts to make milk, feed Monaco each side, 15 min left, 15 min right, and I will see breast milk increase."

However, Jeannie said that didn't happen, writing, "Since then, every 3 hrs looked like this: Latch, supplement with formula since I could only give her an ounce, (IF that), go and pump to signal to [the] body to make more milk, set alarm to take milk thistle pills, sunflower Lecithin pills, drink fenugreek tea, massage boobs, in one hour prepare boobs with a hot compress or towel, wake the baby up, repeat."

The fashion expert went on to share that she's still currently struggling with milk production.

"Two months later, I STILL don't make enough milk to feed my baby," she wrote, adding that her breastfeeding difficulties started to impact her mental health. "I had to catch myself because it actually got to my mental, and things started to feel dark. Comparing myself to other moms, frustrated from the ups and down of pumping an ounce one day, nothing the next..and this is ON TOP of all the anxiety this journey can bring."

Jeannie concluded her post by explaining why she decided to open up about her experience. 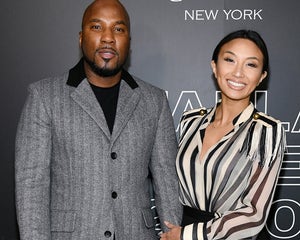 "Not complaining, actually here to give moms out there, breastfeeding or not, all the flowers and praise for doing your best to care for your baby-formula or boob," she wrote. "I have more respect for moms than ever in my life. And I have to remember me included 🥴✨🥇Hugs to every mom out there❤️."

On January 11, Jeannie announced the arrival of her and Jeezy's first child on Instagram, sharing a photo of a baby blanket covered in colored footprints with a green name tag that read "Baby Jenkins."

"I asked God for a life of love and happiness," she captioned the post at the time. "He sent me my family. Baby Jenkins is here 🍼❤️."

Jeannie first revealed the news of her pregnancy during an episode of "The Real" back in September 2021.

Jeannie and Jeezy first started dating in 2018 and got engaged in March 2020. The couple married a year later in a small ceremony at their Atlanta home.