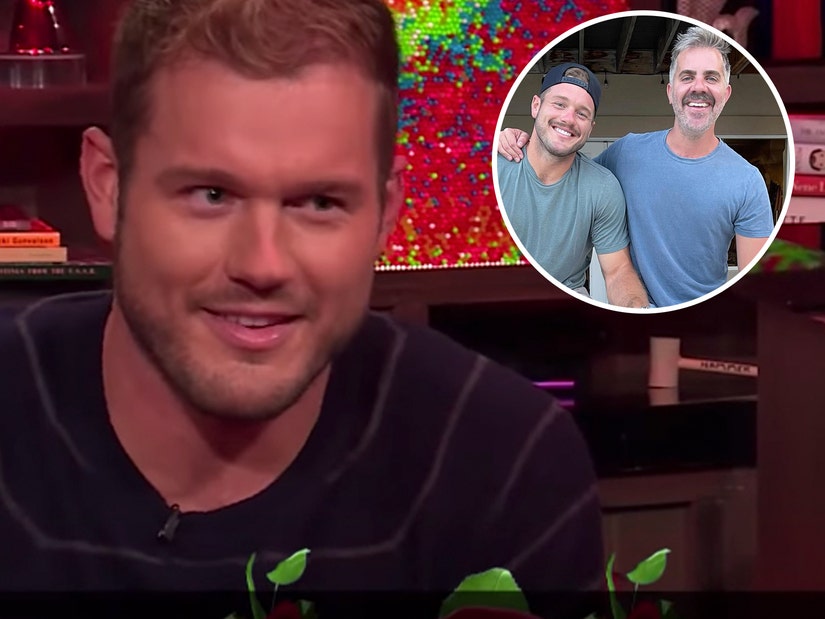 He also revealed which male "Bachelor" star he was attracted to on WWHL ... and whether he's a top or bottom.

Colton Underwood appeared on "Watch What Happens Live with Andy Cohen" on Monday night and was put on the spot about whether he and fiancé Jordan C. Brown will get a prenup before tying the knot.

According to the former star of "The Bachelor" -- who came out as gay in April 2021 following the show and got engaged to Brown last month -- the answer is no.

"We've already had this conversation. We're in it for the long haul," he revealed. "I know you guys have opinions on prenups ... we don't want to put those vibes out there so, yeah."

Of the wedding, he told Cohen that the two hoped to have a big celebration, meaning they may need to wait a bit since most of the better venues are all booked up following Covid delays.

Throughout the show, Underwood, 30, opened up a bit more about his relationship with the 39-year-old political strategist, saying Brown was the one who popped the question and, instead of rings, the two wear matching necklaces. He added that his parents "love Jordan" and have been "very supportive" of him since coming out.

While their engagement seems rushed, Underwood said he knew Brown was "the one" almost instantly.

"I went on a few dates. I only had to be gay 5 minutes to understand that there was nothing better than my connection with him," he explained. "It was a pretty easy decision. We're both in our 30s. We still have that."

Colton actually surprised Andy by answering a few of his more provocative questions as well -- saying that when it comes to be a top or bottom in the bedroom he's "a fair guy" who's down for "a little bit of this, a little bit of that" and considers himself "equal opportunity." He also told Cohen that he has tried poppers before, but in a "non-sexual way" and they gave him headaches.

He also said there were never conversations with ABC about becoming the first gay "Bachelor" in the franchise and, when asked to pick which "Bachelor" he would have wanted to compete for, answered Chris Harrison.

"Not even 'The Bachelor,' the host, I would go for that," he added.