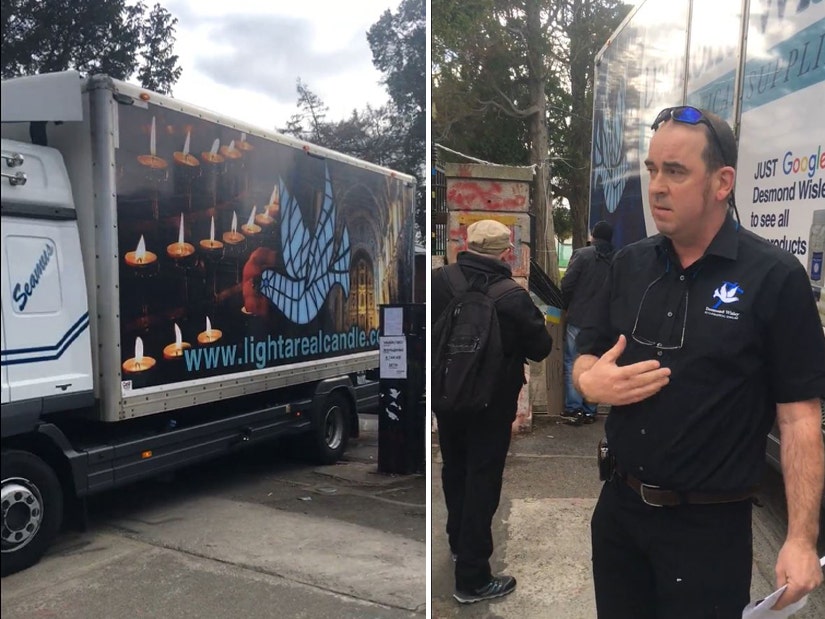 The Russian Embassy in Ireland has came under attack... by a church supply truck.

Ambassador Yury Filatov's residence in Dublin has been the site of constant protests since Russia's invasion of Ukraine began, and on Monday, Leitrim man Desmond Wisley took it one step further... several feet further, in fact.

Video footage shows the 49-year-old reversing his lightarealcandle.com-branded truck up to the gates of the Rathmines embassy and ploughing straight through — before hopping out of the cab to explain his actions. 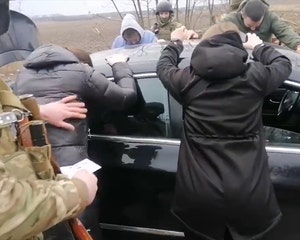 He said he was creating "a safe corridor" for the Russian Ambassador to leave Ireland, although he didn't leave him much room on either side.

"It's about time we stood up," he continued, the swastika-sprayed walls visible in the background. "We're all sleeping on our couches, cozy in our own houses, and we have to do something."

"I'm a working man. That's my contribution today," he said, gesturing to the destroyed gates. "I'm glad I done it. I'll be arrested now shortly, so."

Desmond Wisley has breached the gates of the Russian Embassy in #Dublin. He was overcome after seeing photos of the family killed in Irpin. pic.twitter.com/8SMbZIYxK0

Indeed, along came a single female Garda, who looked more bemused than anything.

"I have to arrest you unfortunately for dangerous driving," she told him. "Come hop in the back of the car with me."

"I done my bit, lads," Wisley declared before peacefully heading to the squad car. "It's about time the rest of Ireland done theirs."

According to the Russian state news agency TASS, per The Irish Independent, authorities in Russia reacted furiously, demanding an official apology and insisting the Irish taxpayers foot the bill for the repairs.

It reported the Irish Ambassador to Moscow, Brian McElduff, was even summoned to the Foreign Ministry in Moscow and strongly reprimanded.

In a statement, the Russian ministry claimed demonstrators had "adopted tactics widely used by terrorists", and slammed the Gardaí who "stood idle" while 'gate-gate' took place.

"The embassy strongly condemns this criminal act of insanity directed against a peaceful diplomatic mission," it said in a statement to The Irish Times. "The embassy views this incident as a clear and blatant violation of the article 22 of the Vienna Convention on Diplomatic relations of 1961." 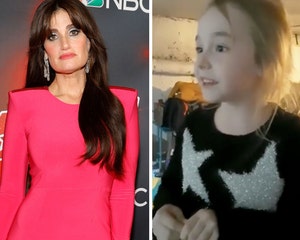 "The embassy is in contact with the Department of Foreign Affairs of Ireland, demanding that the Irish authorities take comprehensive measures to ensure the safety of its staff and their family members."

"The incident is cause of extreme concern. We believe that no people of sound mind could support such senseless and barbaric actions."

Irish police later erected protective barriers around the embassy, which appeared to prompt a softer, second statement from the Russians.

"We would like to inform that additional measures have been undertaken by the Garda to ensure safety and security of the embassy and its personnel," a spokeswoman told the publication. "The embassy appreciates cooperation by the Irish authorities in this matter."

When asked about the demand for compensation, a spokesman for Irish Minister for Foreign Affairs Simon Coveney appeared to suggest he was too busy dealing with other, slightly more pressing matters.

"The Minister is at the UN Security Council discussing the death of civilians in Ukraine and a caravan of 2 million refugees in Europe," he told the Indo.

However he added: "The incident at the embassy should not have happened and is now a criminal matter before an independent court."

He was released on €300 bond — on the condition he stays away from the Russian Embassy. 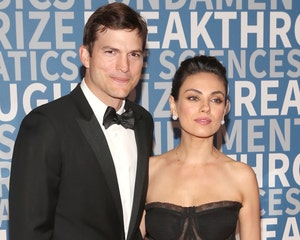