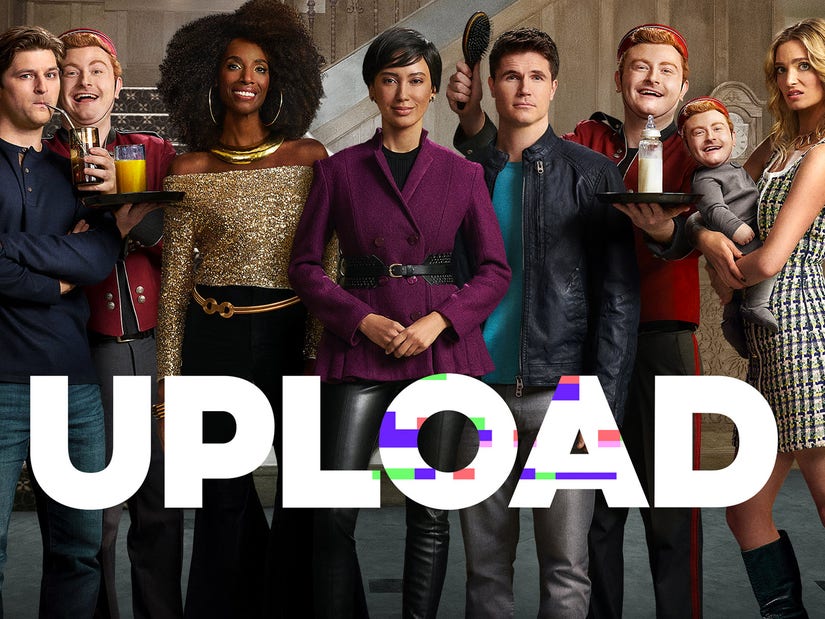 The stars spill on "really scary and pretty twisted" tech from the show coming to fruition IRL and express their frustrations with social media.

While the show is very much a comedy, for the stars of Prime Video's "Upload," working on the show has been an eye-opening and sometimes frightening look into how we all interact with technology.

The series, which returns for a second season March 11, is part murder-mystery and part social commentary, taking aim at capitalism and the hold the digital world has over our real lives. In it, Robbie Amell stars as a tech-guru whose consciousness is uploaded to the virtual afterlife of Lake View -- and as more and more companies dive headfirst into the Metaverse, virtual reality and augmented reality, some of the advances from the show's not-to-distant 2033 setting are already starting to become reality, something which has surprised the cast. 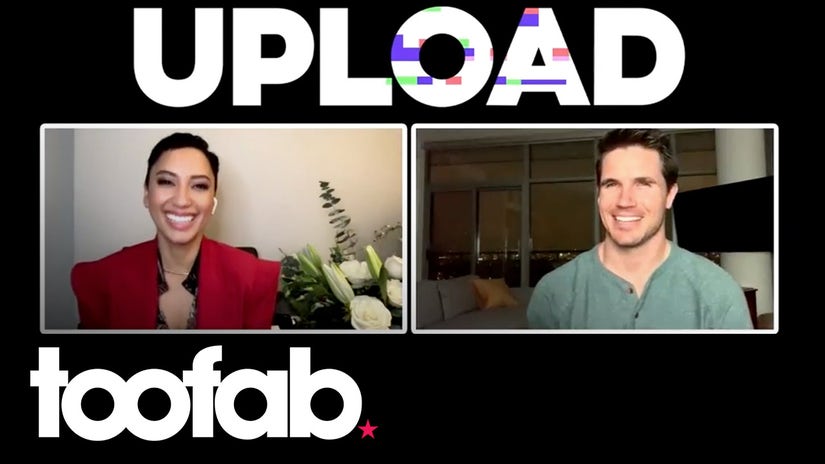 "It's funny because I look at some of the technology from the show and I go, 'I would really like that, that would be amazing,' and other pieces of technology from the show where I go, 'Oh man, I hope that never happens, that would be brutal,'" Amell told TooFab ahead of the season premiere. "I like that [creator Greg Daniels] always plays both sides of it, the good and the bad. It's not utopian, it's not dystopian, it's a little gray."

"It's kind of crazy how many similarities there are with Upload and what's happening in the real world. We joke about that a lot, Greg being this psychic or has this crystal ball, like how do you know this stuff is gonna happen?" added costar Andy Allo. "Different companies coming out with their own metaverses and things like that. It is really cool, it feels like in a lot of ways we're very much in the zeitgeist and also that we are a bit of pioneers in a way."

On the series, Allo and costar Zainab Johnson play real-life handlers to those in the virtual afterlife, catering to every absurd request of their digital clientele while often popping into Lake View themselves in avatar form. It's something Johnson herself is getting used to doing herself now after just getting an Oculus, Facebook's VR headset.

"I was like, what is this? It's 2022 and in my real life, I'm like, 'What?' But in 2018 [when Season 1 filmed], Aleesha was like, 'Yep, this is what we do,'" Johnson told TooFab. "So I think Upload is kind of like preempting the technology that we're seeing in a really fun and interesting and kind of kooky way and I think it's cool to be a part of that." 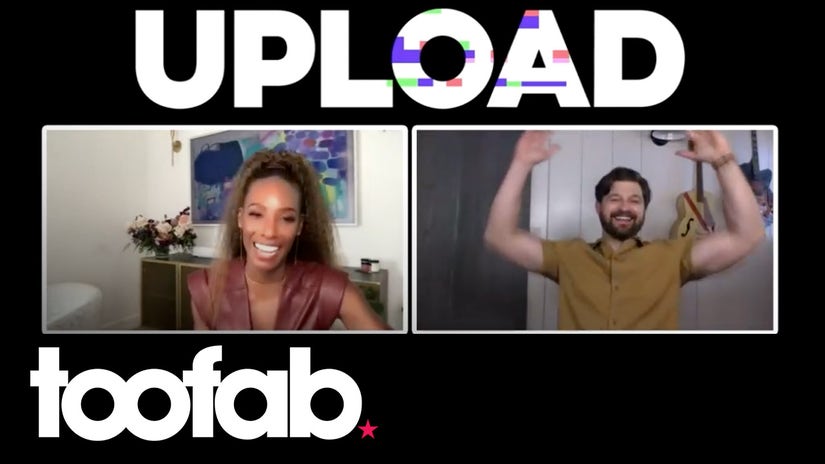 In all seriousness, however, Bigley said the prospect of the TV tech becoming a reality is "all terrifying."

"I feel like the things we're being thrown into and they're putting out into the world, on the show, that is actually coming to fruition in our own reality is all really scary and pretty twisted," he added,  pointing to the Season 2 app called MindFrisk which has the power to search the thoughts of Lake View's virtual residents. "All that stuff is just so perverted."

The show's second season starts with Allo's character Nora taking a break from both her job and the digital world entirely while hiding out from a murderer with an anti-tech cult. It's quite the adjustment for Nora — as are digital vacations for the show's stars.

"Actually, when we were filming Season 2, I was completely off of social media, which was the first time I've really done that," Allo said. "Similar to Nora having a phantom ping -- where she thinks her phone's giving her a notification -- when I first deleted my socials off my phone there were moments I'd pick my phone up and go to tap the app and it wasn't there. After a while, you're like, 'Okay, alright, I'm good.' I love taking little social media breaks, phone breaks, just to reset and come back to it. It gives me a greater appreciation for it actually when I come back to it."

For Amell, he started to think, "Okay, you're on your phone too much, time to put it away" after his wife Italia Ricci gave birth to their first child, a baby boy also named Robert, in 2019. He added that he's probably on his phone most while on set because "there's not a whole lot you can do" between takes -- but is still "I'm trying my best to keep a little bit of space."

Johnson, meanwhile, joked that while she's "not about to be sitting in the house by candlelight," she has taken a social media sabbatical or two before and "deleted all the apps on my phone for an extended period of time."

"What's interesting is, it does feel really good and then once I've decided to go back on, it does feel strange," she added. "It does feel like something you have to re-acclimate to. I love at the beginning of Season 2, we kind of personify a break from technology. I think that's really interesting."

And after moving to the mountains, Bigley said he often experiences spotty internet and has made it a point to get his screen time down to "about an hour and a half" a day.

"I've just been very conscious of it because it totally has some kind of impact on my mood, especially Instagram and stuff, you just become bogged down with this comparison and all this stuff," he explained. "Equally angering can be those people who put out posts about certain aspects of their life, how zen they are, and you know they're the most anxietal person. The fact that everyone's like, 'Good for you,' that will make me equally angry that they're getting away with it, it just makes me angry for no reason."

'By lowering my usage of it, I've noticed a general [calming] and like I'm building apathy towards not knowing about things," he added. "Like, 'You didn't see that? What Kanye said about the ...' I'm trying to somewhat build a little distance, but it's ultimately futile because I do want to stay relatively in touch with these people and you can't text everybody and no one calls anybody anymore and social media is a good tool for that. It's a balance."