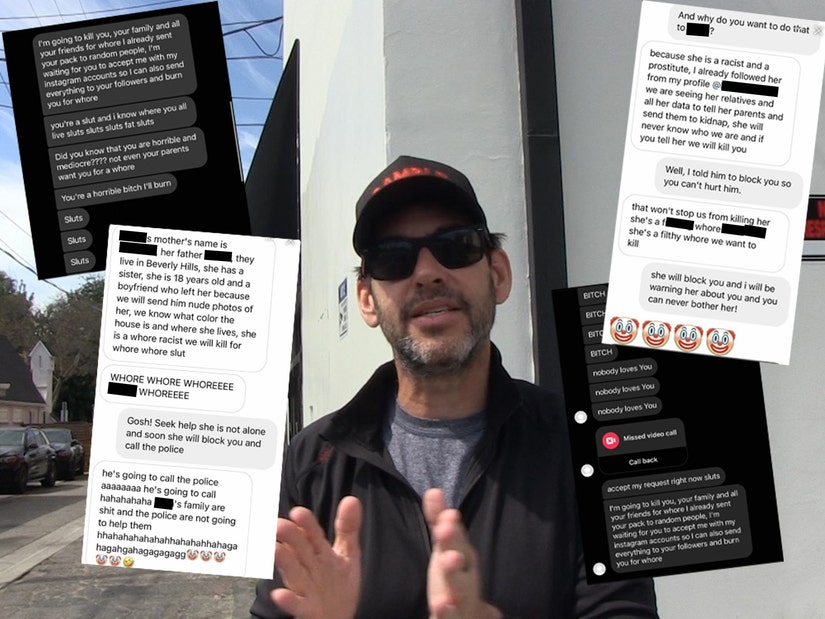 Meanwhile, he says he was suspended from the app for telling his pickleball partner he would "beat him with his phone."

Doug Ellin's teenage daughter has been the target of continuous harassment on Instagram — and the company is refusing to do anything about it, according to her dad.

The Entourage creator shared with TooFab some of the heinous messages being sent to him, to 18-year-old Maya Ellin, and even to her friends, threatening to kill them, kidnap them, and post nude pictures.

The abuse has been going on for more than three months. The harassers have sent Maya details about where she lives, pictures of her family members, and have threatened to post all those details online. 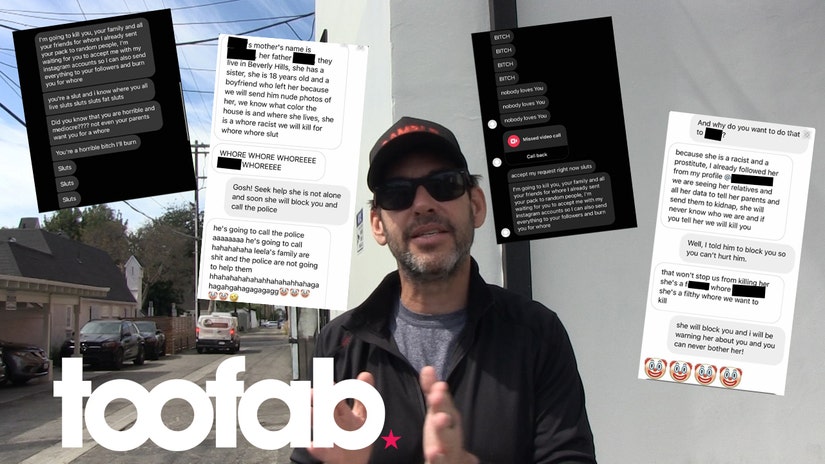 "Bitch", "whore", "slut" and "prostitute" are just some of the things the teen has been called. The person has even attempted to video call several times — which of course, she did not answer.

The same threatening messages are also being sent to Maya's group of teenage friends. The person behind it even set up several burner accounts to continue the abuse — using Maya's picture as the profile pic.

"I contacted Instagram and they took down the burner account of this loser. I said 'hey, what about the main account?' They never responded to me."

The main account, he says, remains up three months on. And more burner accounts keep cropping up. 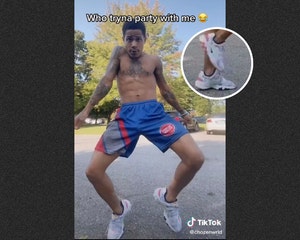 Ellin filed a police report, but it's practically useless. "They said it is so hard to get Instagram or Facebook to release any information about who this is, honestly they don't even bother," he said.

"But Instagram and Facebook could deal with this in five minutes. They know who it is. They know where they live. And they just need to release it."

Ellin understands that the person or people behind it could be anywhere in the world. But he doesn't think so.

"No. I think this is someone local that seems to have a lot of information about my family and me," he said.

But the real frustration for the 53-year-old is how unbalanced he believes Instagram is with its censorship. He himself was once banned from the app.... because he once told a friend he was going to beat him in a game of pickleball using his phone as a paddle.

"He said he could beat me at pickleball. And I said 'I could beat you with my phone' — meaning like I don't need a paddle. They suspended me and said it was a violent threat," he scoffed.

"I said 'I could beat you with my phone.' Which literally meant I would take a phone — which I've done in ping pong — and beat people with it. Instantaneously my account was gone. it didn't take an hour, it didn't take a week. It took 9 seconds to determine I should be off the thing."

Ellin says he's received warnings from Instagram before, for responding — non-violently, he insists — to users who have called him "a dirty Jew" or told him to go into a gas chamber. He reported them, but those accounts remained active, he said. 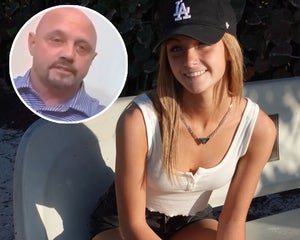 He said Instagram once took down a joke of Michael Rappaport's he reposted. They left Rappaport's original up.

During the pandemic, he said he posted a meme that read. "The beaches in Arizona are packed during Covid" ("obviously a joke, anyone with a brain would know there are no beaches in Arizona"). This too was deleted with a warning.

"They censor whatever they want," he said.

While he is not a big fan of government regulation, he believes the rules "should be the same across the board for everyone."

Ellin says he has no idea why he and his family are being targeted.

"They can say whatever the hell they want to me, I could give a shit. I'm not hard to find for these pathetic, cowardly lowlifes," he said. "But when your kids are getting threatened, you want somebody to take action."

And while he accepts the CEO of Facebook isn't going to do anything about it, he had this message for him: "Mark Zuckerberg — get your ass up and do something." 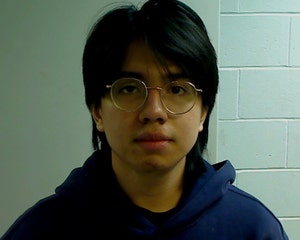 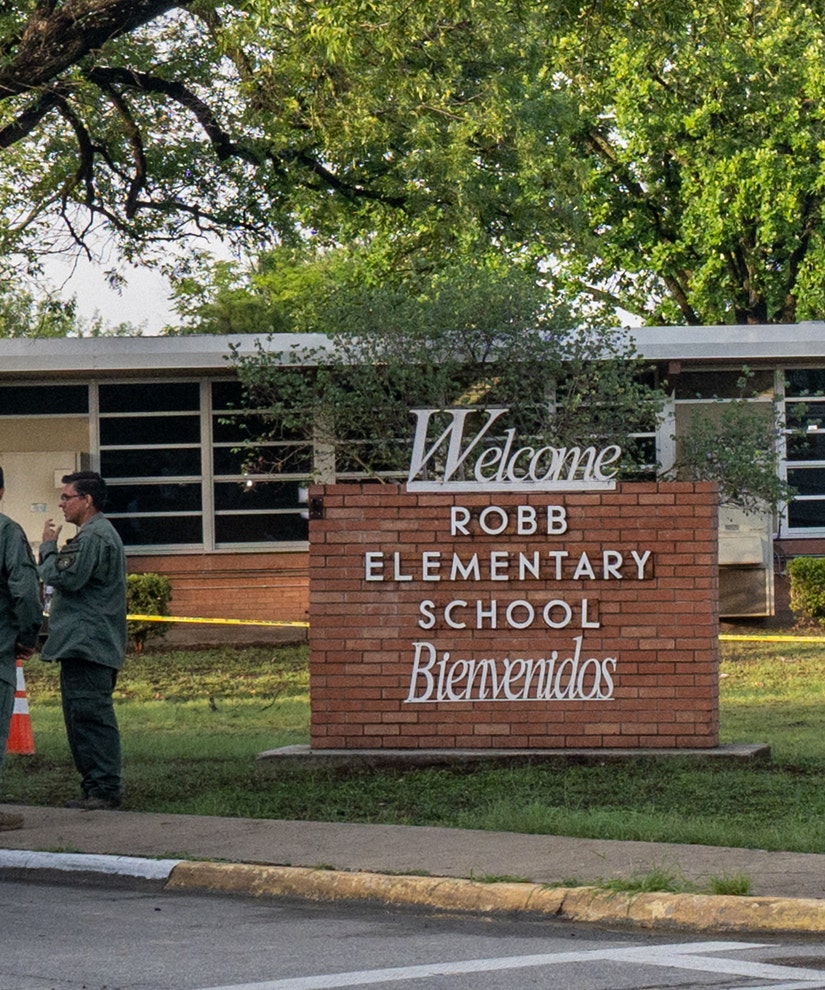 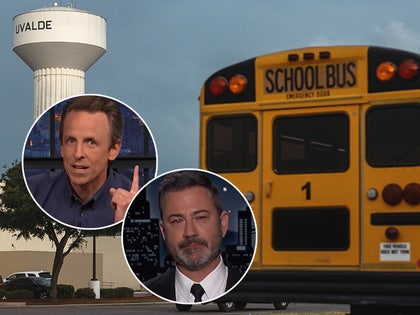 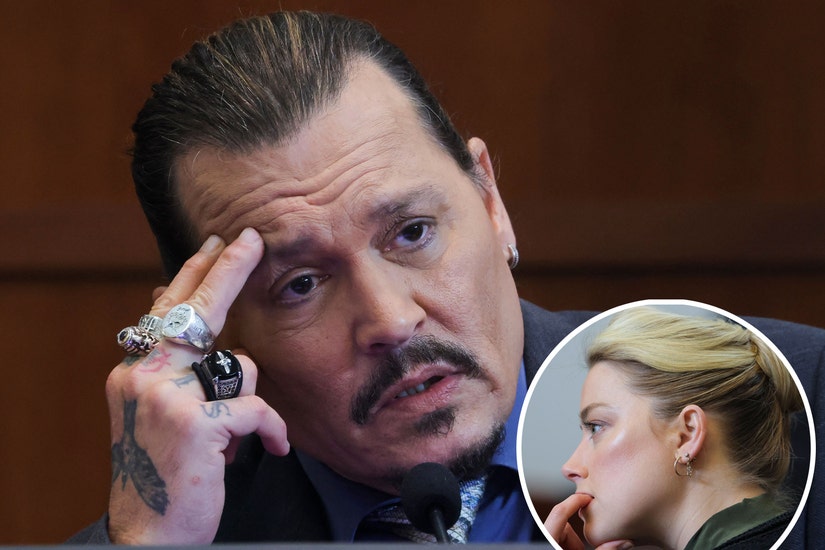