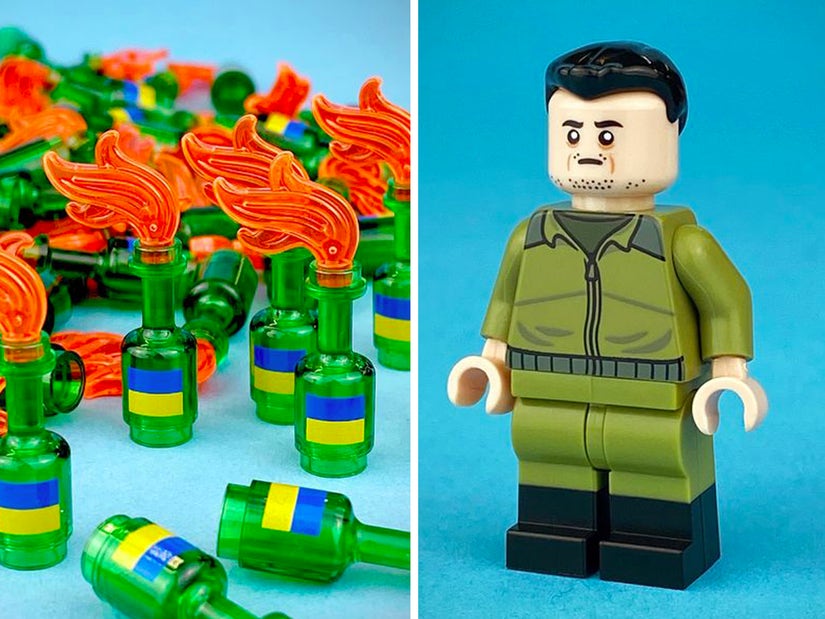 They're yellow and blue, they stick together like nothing else, they are loved all over the world right now, and despite being small — MY GOD does it hurt when you try step on them.

Lego and Ukraine have a lot in common. Which is perhaps what makes this union by Citizen Brick so perfect.

The company, which sells custom-made Lego pieces, is selling a $100 Volodymyr Zelenskyy figure to raise humanitarian funds for the people of Ukraine. Or at least it was, until it almost instantly sold out. 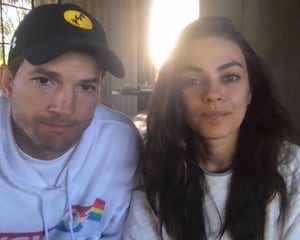 The same thing happened to its $10 Molotov cocktails.

Dressed in his now familiar green fatigues and rocking his trademark stubble, the minifigure is unmistakable as the heroic Ukrainian President.

The cocktails meanwhile, are as adorable as a weapon designed to maim or kill can be, with its little blue and yellow flag on the bottle and tiny flame atop.

Citizen Brick sold out of its initial run — with all profits going to @directrelief providing medical supplies to Ukrainian refugees — despite their Instagram post being taken down because of the pictures of their toy firebombs. ("Go figure," the company shrugged.) 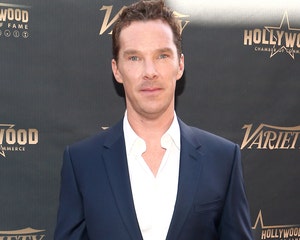 "As you may have noticed, the minifigs sold out almost immediately. We made as many as possible in a frantic 24 hrs, with the CB crew coming in on their day off to print."

Then on Wednesday, the company announced that due to the overwhelming interest, they were doing a second run, with the hopes of raising $100k for the charity.

"Due to the limited supply of necessary parts, we won't be able to make more," Citizen Brick said. "We hope that you will consider making a direct donation to Direct Relief or another relevant charity instead.⁠"

Citizen Brick is not officially affiliated with the Lego company, which has strict rules against selling sets depicting real-world modern warfare. The Danish toy giant doesn't seem to mind other companies reselling the customized product, though, in what is a thriving online market.

According to some commenters on Instagram, some people were trying to hawk Zelenskyy Legos on eBay for as much as $350 — which they deemed in bad taste — although the purported listing seems to have disappeared.

"Lego, reserve some bricks for us, we will need them to rebuild our cities and villages." 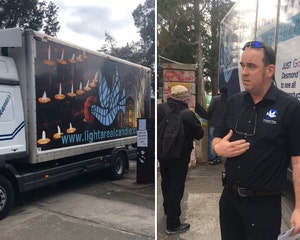