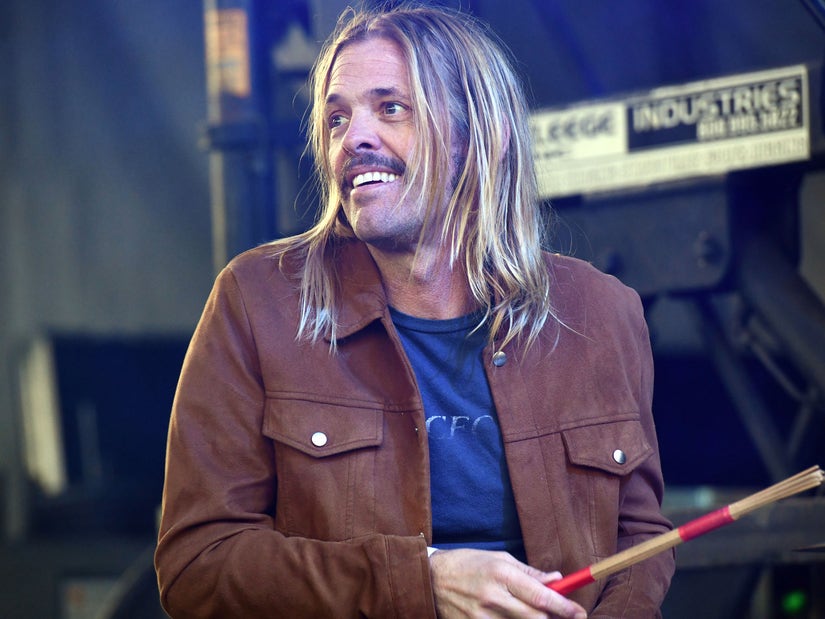 The music industry and beyond are mourning the tragic and shocking death of Foo Fighters drummer Taylor Hawkins, who has passed away at the age of 50.

On Friday, the Foo Fighters — the band in which Hawkins had been a member since 1997 — announced the heartbreaking news on social media, writing, "The Foo Fighters family is devastated by the tragic and untimely loss of our beloved Taylor Hawkins. His musical spirit and infectious laughter will live on with all of us forever."

The statement continued, "Our hearts go out to his wife, children and family, and we ask that their privacy be treated with the utmost respect in this unimaginably difficult time."

Hawkins -- who shared three children with his wife Allison -- was a touring drummer for Alanis Morissette and Sass Jordan before he joined the Foo Fighters. In addition to being a member of the Dave Grohl-led rock band, Hawkins also sang and drummed in his own band, Taylor Hawkins and the Coattail Riders. Last year, Hawkins founded the supergroup NHC, which is set to release an album this year.

According to TMZ, details on Hawkins' passing are currently unknown. The Foo Fighters were set to perform in Bogota, Colombia on Friday. Per the outlet, it is where Hawkins is said to have died. Hawkins last took the stage with the Foos at Lollapalooza Argentina less than a week ago on March 20. They were scheduled to headline Lollapalooza Brazil on Sunday.

Following the devastating news of Hawkins' death, musicians, actors and more stars from other realms of Hollywood took to social media to pay tribute to Hawkins. 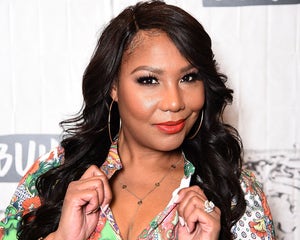 Ozzy Osbourne tweeted, "@TaylorHawkins was truly a great person and an amazing musician. My heart, my love and my condolences go out to his wife, his children, his family, his band and his fans. See you on the other side."

"I don't have the words. Sad to write this or to never see you again," Barker wrote alongside a black-and-white photo of Hawkins. "I'll never forget Laguna Beach days when I was a trash man playing in a punk rock band and you were playing with Alanis. You'd come watch me play in dive bars and be like, 'kid you're a star.' And I thought you were crazy but you gave me so much hope and determination."

Barker continued, "Years later we toured together with Blink and Foo's in Australia and I have the best memories of smoking cigarettes in the restroom of flights we were on together and watching your set every night. To say I'll miss you my friend isn’t enough. Till the next time we talk drums and smoke in the boys room … Rest In Peace 😢🥁."

Mötley Crüe drummer Tommy Lee took to Instagram to react to Hawkins' sudden passing, saying that he spoke with Hawkins just "a few hours" before the Foos' concert on Friday. 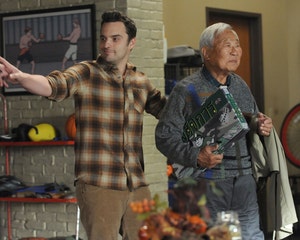 "Right now typing words has never been so difficult," Lee began in a message that he shared on Saturday morning, adding that the news "hits so f---ing hard!"

"Dude I just talked with you a few hours ago from your hotel room in Columbia [sic] before your concert. I wish this was some s---ty dream or a bad prank that we would both laugh about, But its [sic] not!," Lee wrote. "You KNOW how I feel about you and how much I love you and we know there's no need to type it all out on social media for others to read. I love you Taylor. Rest In Beats."

Rage Against the Machine and Audioslave's Tom Morello shared a photo of himself and Hawkins on Twitter, writing, "God bless you Taylor Hawkins. I loved your spirit and your unstoppable rock power. Rest In Peace my friend."

Kiss frontman Paul Stanley tweeted, "Speechless and Gutted. Taylor was a great guy, a dad and a husband. My heart goes out to them, Dave and the band. What awful news."

LeAnn Rimes also wrote that she was "GUTTED" over Hawkins' passing, saying she was in "disbelief." She added, "He was one of my favorite people, always full of love… he will be deeply missed. Our hearts go out to his family, to the Foo's..."

Michelle Branch tweeted, "So sad to hear about Taylor. F---." 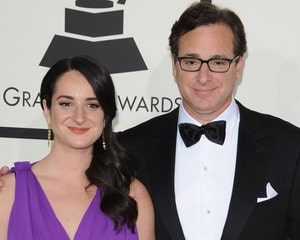 Miley Cyrus -- who is set to perform at Lollapalooza Brazil on Saturday -- shared two posts on her Instagram Stories on Friday. In the first post, the "Midnight Sky" singer wrote, "This is how I'll always remember you" alongside a sweet image of Hawkins smiling while performing. "My show tomorrow is dedicated to Taylor Hawkins."

Cyrus went on to recall her "favorite memory" of Hawkins. Sharing a screenshot of the record cover for The Pretenders' song "Brass in Pocket," she said, "My favorite memory of Taylor is dancing around his drum kit while he playing along to this song.... Playing it on repeat imagining us laughing .... Love forever."

Check out how more stars are paying tribute to Hawkins in the posts below.

. @TaylorHawkins was truly a great person and an amazing musician. My heart, my love and my condolences go out to his wife, his children, his family, his band and his fans. See you on the other side - Ozzy

God bless you Taylor Hawkins. I loved your spirit and your unstoppable rock power. Rest In Peace my friend. pic.twitter.com/AkiRLF2L3e

Speechless and Gutted. Taylor was a great guy, a dad and a husband. My heart goes out to them, Dave and the band. What awful news. https://t.co/uQdl04etlp

Devastated by the loss of our friend #TaylorHawkins I've no words to express all the feelings I have about his passing. But my heart goes out to his family. & his band & friends. RIP Taylor ❤️ https://t.co/pkQLK5rLVF

Shocked and saddened to hear @taylorhawkins has passed away today.! 😞. Our prayers and condolences go out to the Hawkins family, ⁦@foofighters⁩ friends and fans. Sad. https://t.co/Mgu2K4SJyL

I am devastated to hear the news of one of my favorite drummers Taylor Hawkins has passed. Blessings to the family and to the band. I’m so sorry for your loss. Taylor you will be missed! 💔💔💜💜🙏🏽🙏🏽🙏🏽 #taylorhawkins #foofighters #drummer pic.twitter.com/FJAFQOa76X

So heartbroken to hear about Taylor Hawkins’ passing, what an incredible talent, who didn’t also need to be so kind and generous and cool but was all those things too anyway. The world was so lucky to have his gifts for the time that it did, Rest In Peace

It’s too much. One of our own. I’m so devastated.for Taylor’s wife and kids band fans and friends he was so beloved so very loved - he’s a absolute one of a kind light- I cant even write all the things he is, his wicked humor,I just heard. I cant believe this

GUTTED to hear of our friend and neighbor, Taylor Hawkins departure. In disbelief, like everyone else. He was one of my favorite people, always full of love… he will be deeply missed. Our hearts go out to his family, to the Foo’s… #RIPTaylorHawkins #FooFighters

In absolute shock & disbelief over the the passing of Taylor Hawkins. I’ve always had so much admiration for him. Amazing drummer & a gem of a guy who was always fun to be around. I’m absolutely gutted…my deepest condolences to his bandmates & family 😥🙏 #RIPTaylorHawkins pic.twitter.com/a3X0k2AqYW

In utter disbelief at the news of Taylor Hawkins. Our deepest condolences to his family, his bandmates, his team, his friends and everyone that was ever touched by the music he created with @foofighters @Alanis and so many others. This is so incredibly sad. pic.twitter.com/2AUeqpaN94

Sending love and light to the whole Foo fighters family,friends and fans. Rest in power Taylor. 🙏🏾🌹

Taylor Hawkins 1972-2022.
Our deepest sympathies to Taylor’s family, his fans, and of course his band. pic.twitter.com/qlEaQK0uui

At a loss for words. Grateful for the art he shared while he was here. Such awful news 😔 https://t.co/1gpiZOP2Fi

Ugh man. Sad to hear about Taylor Hawkins. Love to his family and friends.

My heartfelt condolences go out to @foofighters and the family and friends of drummer #RIPTaylorHawkins.

Thank you people of #Bogota @Festereopicnic_ for the love tonight. We had to play from our hearts for @foofighters & #RIPTaylorHawkins. They're one of the best bands around. We love them and all of you. Thanks for helping us get through a tough night. pic.twitter.com/3lbYN6p9tv

So so sad to hear this. I had the honor of playing with him a couple of times. He was a bright light. #RIPTaylorHawkins 💔 https://t.co/UNuPnHIhqj

My heart is broken. This is devastating. Our love goes out to the Foos and their families https://t.co/O3FP7BfnkJ