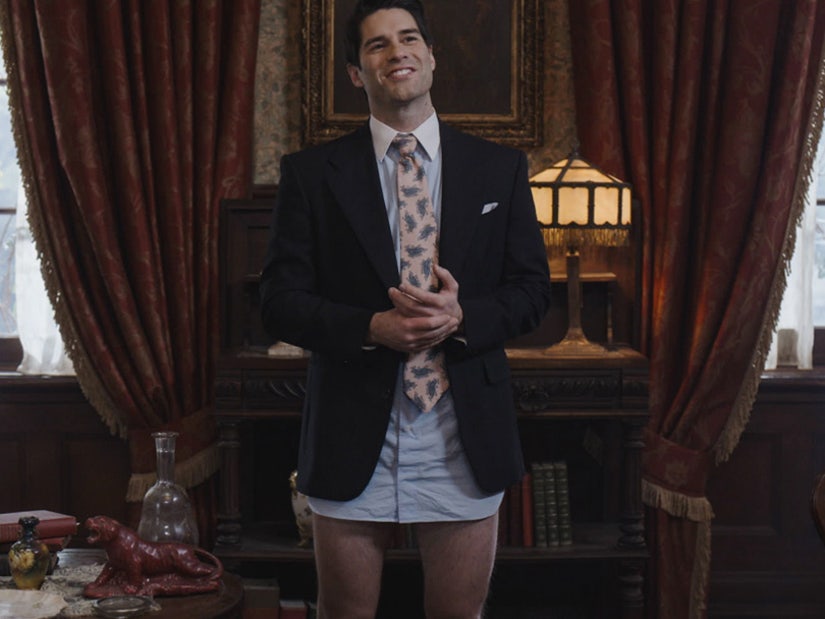 The douchey but endearing ghost is surprised by the truth of how he wound up without pants in the afterlife -- but horrified by the dark twist that happened after his death.

While maybe not the biggest mystery on television these days, fans of CBS's breakout hit "Ghosts" have long been wondering just what kind of subversive behavior finance bro Trevor was up to that left his undead spirit sans pants in the afterlife.

There has been a lot of speculation throughout the season, both on-screen and online, but even the actor who portrays him, Asher Grodman, admits he was surprised when he got the script for the latest episode, with the big reveal and subsequent dark twist. 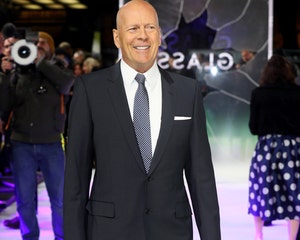 "I didn't see it coming," he told TheWrap about the episode. "Our creators, Joe Port and Joe Wiseman, and our writers room are really good at finding these very funny and accessible things but then also turning on a dime and making something that can feel very light, suddenly poignant. The pants are a perfect example."

Fans of the series were in for a startling image, as a flashback revealed Grodman in his full business suit, with pants, which the actor said was a bit of a thrill. "When you compare the no pants to the pants, you feel much more empowered when you have pants on, so it was a lovely luxury," he told ET, conceding, though, that his empowerment is short-lived.

Throughout the episode, viewers were treated to the full story behind the last day of Grodman's life, which culminated in a handful of way too many drugs -- his cause of death -- and an unexpected act of kindness.

That revelation was the second bombshell of the night. The first was what happened after Trevor's death. As his ghost emerged in the mansion, he was taken off to be comforted and guided by most of the attendant spirits. But Native American ghost Sasappis stayed behind and witnessed what unfolded next. 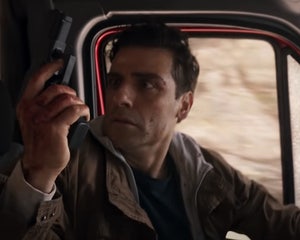 Rather than call the authorities, Trevor's so-called friends called their dads for help. Ultimately, they decided the best thing to do was protect themselves by chucking Trevor's body in the lake outside the mansion.

It turns out a fellow new hire had joined the finance bros at the manor and, as part of a humiliating hazing ritual they'd apparently all had to endure, this poor guy was going to have to make his way back to the city with no pants and no money.

Co-creator Joe Port's father was actually the inspiration for the scene, as Grodman told TheWrap. He'd spoken out against hazing at his own university well before hazing came under fire in a more public and acceptable sense.

Like Port's father, Trevor's act of defiance against the ritual was coming in 1990, the year of his death. "You go from an episode where it’s as light and fun and goofy as someone missing a pair of pants, and then realize that it’s kind of a commentary on group dynamics and how we treat each other and bullying and hazing and things of that nature," Grodman said. 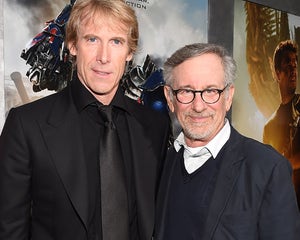 Michael Bay Says Steven Spielberg Told Him to Stop Making Transformers Movies: 'I Should Have'

In private, Trevor offered up his pants to the new guy, as well as his boxers so his "boys" wouldn't touch his new suit. He then re-entered the room where his pals were without pants and dropped his big lie: "Guess who just had sex with a hot limo driver!" This was mere moments before his death.

But as it turns out, at least in that one moment, Trevor was a good person. Maybe even a better person than he gives himself credit for in his ghostly existence. He's certainly better than his bro pals.

He also got some satisfactory revenge on the leader of the bros. The whole story came about because the living couple in the mansion, Sam and Jay, decide to sell the timepiece on ghost Hetty's husband's corpse to help them keep their B&B dreams afloat. The person they wound up deal with was head bro Ari.

When Trevor innocently tries to get Sam to bring him up to his old pal -- before he knows the truth about that day -- Ari makes everyone suspicious by freaking out and making a secretive phone call wondering if he's being blackmailed (ghosts are great at listening in on things like this).

In the end, Sasappris helps Trevor pull a good haunt on Ari with a note in the same drawer the bros used to keep their drugs reading, "I know what you did," signed "T. Money." Ari offers double the asking price for the timepiece if Sam and Jay if they'll never speak of any of this again. So it looks like Trevor's loss (of pants) is a win for the whole household.

"Ghosts" airs every Thursday at 9 p.m. ET on CBS, with all episodes streaming on Paramount+.