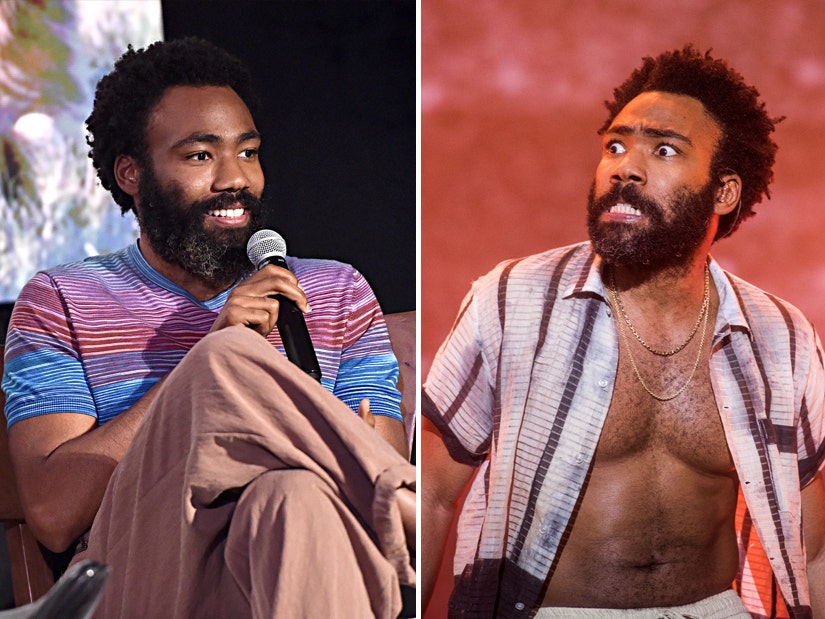 He may have two personas as Donald Glover and Childish Gambino... but not everyone was enamored with the idea of them interviewing each other.

The actor/rapper/singer/writer/comedian/director/producer and apparent reporter sat down for an interview, with himself, because, well, all other journalists are rubbish at their jobs, apparently.

"Yeah, so first question, why'd you want to do this?" he asked himself, in the Interview Magazine piece. 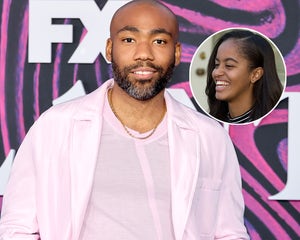 "I guess I don't love interviews and I asked myself, 'Why don't you like interviews?' And I think part of it is that the questions are usually the same," he replied. "This way I can get questions I usually don't get asked."

"You don't think this is contrived?" he asked himself (a question, it turned out, many would wonder). "I don't think it's more contrived than any other interview," he replied.

It wasn't just the format of the interview that lit Twitter up, but some of the bizarre questions he asked/was asked, including "Are you afraid of Black women?" -- which was especially weird since he appeared to side-step it. He also appeared to get irritated at himself about all the Black questions.

Glover certainly wasn't modest when speaking to himself either, describing his 2013 album "Because The Internet" ("which I think has proven itself to be a classic") as the rap equivalent of Radiohead's "OK Computer."

"It's prescient in tone and subject matter and it's extremely influential," he told himself. "And I know no one's gonna give me that until I'm dead. But it's true." 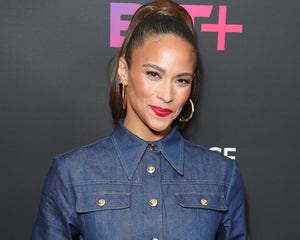 That was nothing to the praise he lavished on his own TV show "Atlanta" however.

After drifting into a conversation comparing TV series to food dishes ("Euphoria" and "Dave" get restaurant reviewed), he described his own show thusly:

"The people need to know this is high-end shit. I’m saying Atlanta is osso buco served with risotto, prepared by a chef who studied in New York City, spent five years on the road, worked at a Michelin star spot for three years, and used the money to buy a small farm. He invites you over to try out some recipes he’s been working on with his friends using the produce they grew together. Even if you don’t like it, you can’t say it’s not high quality. The quality is undeniable."

"I'm not saying this to be pompous." he added. "I'm saying that because we deserve it."

And when the interviewer asked "Who's the last person you had a deep conversation with?".... you can probably guess the answer.

As for what Twitter made of the self interview, some did not find it appetizing:

donald glover interviewing himself is a great example of how the skills of profilers/critics/interviewers are so undervalued.

I’ve felt icky about this & celebs interviewing other celebs for awhile now. It feels very self-aggrandizing and very much like a way for them to avoid tough questions and transparency.

And this is unsurprising considering some of the critique DG is getting about Atlanta S3 https://t.co/YKf8j9Asss

Donald Glover did always want to be Kanye so I guess we all should’ve expected the everyone thinks I’m an incel but I’m a creative genius act, but Jesus Christ he’s taking it to new levels lately

Oh I just found it.

donald glover interviewed himself, called FX’s dave a “good burger,” told zendaya to leave sam levinson and come to death row, and said ‘because the internet’ is rap’s ‘ok computer’

My thoughts on the Donald Glover “interview” pic.twitter.com/HROMrRVVLT

Others found it quite refreshing:

Kinda enjoyed being weirded out by the Donald Glover interview. Felt odd & vulnerable really one of my fav combos

my new life goal is to be able to interview myself like @donaldglover pic.twitter.com/zdRJHNtiax

Hey donald glover dont listen to these weirdos. Self interview was dope. 🤷🏽‍♂️. Honestly couldnt imagine a better interview by, insert famous interviewer…. Also Because the internet IS a classic. Listened to Biggest Troll on the way to work. Holla

Wouldn't trust just every artist to interview themselves, but it allows Glover to get way more insightful.https://t.co/MKZcptu1Ve

And some just found it downright hilarious:

Lmao waking up and reading about Donald Glover interviewing himself and this is all I thought of pic.twitter.com/26KxBct4Wv

Donald Glover’s interview with himself pic.twitter.com/S75HJO1pCy

If childish gambino was going to interview himself the LEAST he could have done was say that it was Donald Glover interviewing Childish Gambino 😩😂 pic.twitter.com/Ap66elA3RZ

Oh so it’s totally “interesting” when Donald Glover interviews himself, but when I interview myself it’s considered “weird” and “causing a scene in this IKEA” 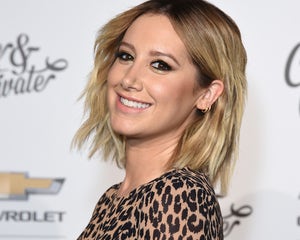