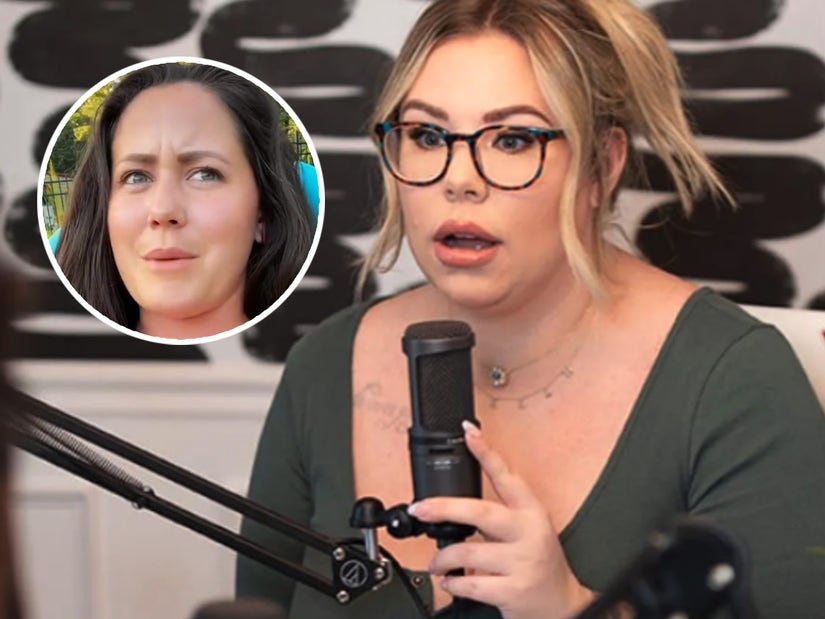 "I would tag, but I'm blocked. Jenelle, I hope you see this."

Back in 2017, Kailyn Lowry accused then-"Teen Mom 2" costar Jenelle Evans of revealing her pregnancy with Lux to the world before she was ready to share the news with the world. Now, 5 years later, Kail's apologizing for blaming the wrong person.

On this week's episode of the MTV series, it was revealed that Lowry's podcast cohost -- and wife of her ex Jo Rivera -- Vee had leaked the pregnancy news with her other ex, Javi Marroquin. At the time this all happened, Lowry accused Jenelle of leaking the news after Evans tweeted out congratulations about the pregnancy. Jenelle, however, said Javi was the one who leaked it to the press and she was only reacting to what she saw.

After learning about the Vee-Javi situation, it seems Kail now believes Evans' version of events -- and issued an apology to Jenelle to Instagram on Friday. 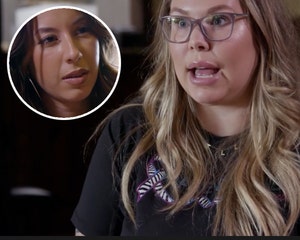 "After seeing this week's episode, I wanted to address my storyline and the information I found out because I now know I blamed the wrong person for leaking my pregnancy news with Lux," she began. "With that being said, I wanted to formally apologize to my former co-star, Jenelle, for wrongfully accusing her of leaking my pregnancy news when I was pregnant with Lux. At the time, I felt hurt and betrayed over a moment that I should have been able to announce on my own timeline, and I voiced those feelings against who I thought caused them."

"I've been very open about the fact that I know my life is in the public eye and sometimes people forget that I am human and very real feelings are involved," she continued.

"This was one of those times that I was extremely hurt, and I still wish I would have been able to announce my pregnancy on my own terms," Lowry concluded. "All in all, no one likes admitting when you're wrong, but I was wrong here, and I wanted to extend that apology to Jenelle. I am sorry."

She acknowledged Evans might not actually see the post, however, by adding in the caption: "I would tag, but I’m blocked. Jenelle, I hope you see this." So far, Evans hasn't responded on social media.

On Tuesday's most recent episode, Lowry also revealed Vee told Javi that the child she miscarried "may not have been his," something which had a long-lasting impression on her relationship with her ex.

"I've never cheated on him and that was a planned pregnancy, so for her to place doubt in his mind, that, to me, that part was unforgivable because up until this day Javi will say, 'I don't even know if that baby was mine,'" she said.

Lowry later had a sitdown with Vee, where they both seemed to move past the drama pretty painlessly.

"I wish, obviously, I never did that to you, because what the f---," said Vee. "I don't know if it's because of all the things I felt in the past, on top of having the baby and I was going through postpartum. I had nobody down here and I felt miserable."

"I don't know if I wanted someone else to hurt or something, which is not okay," she added. "I would never do that to you or somebody else again. I know how deeply it hurt you."

Though it seemed like they had dissolved the podcast by the end of the episode, they're still churning out new episodes in real life. "Teen Mom 2" airs Tuesdays on MTV.