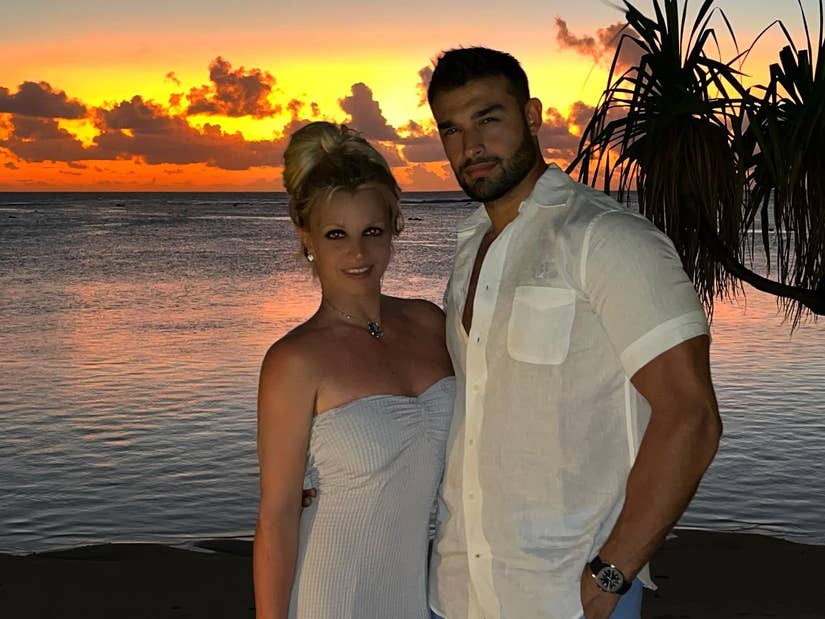 The pop star's announcement has sparked confusion though, as she also talks about possibly being "food pregnant."

Britney Spears' fiancé Sam Asghari and ex-husband Kevin Federline are weighing in after Spears shared that she's "having a baby" on social media.

Asghari, 28, took to Instagram a few hours after Spears' shared her post. The actor posted a image of a painting that showed a family of lions, appearing to depict a mother, father and a cub.

As for Federline, with whom Spears shares her two teenage sons, he reacted to the singer's apparent news in a statement via his attorney Mark Vincent Kaplan, who told NBC News that Federline was "aware" of Spears' post.

"He wishes her the best for a happy, healthy pregnancy and congratulates her and Sam Asghari as they plan for the excitement of parenthood together," Kaplan said.

Britney Spears seemingly confirmed she's pregnant on Monday, in the middle of an Instagram post addressing her recent weight gain.

"I lost so much weight to go on my Maui trip only to gain it back ... I thought 'Geez … what happened to my stomach ???' My husband said 'No, you're food pregnant silly 🤪 !!!'" she began, likely referring to fiancé Sam Asghari.

So far, Asghari hasn't commented on the post or said anything himself about the pregnancy. Fans -- including celebrities like Andy Cohen and Jenni "JWoww" Farley -- have jumped into her comments, however, to congratulate her.

Others shared their confusion over her post, wondering if she simply meant she had a "food baby." So, stay tuned for an update.

Spears is already a mom to two sons -- Sean Preston, 16, and Jayden James, 15 -- who she shares with ex Kevin Federline.