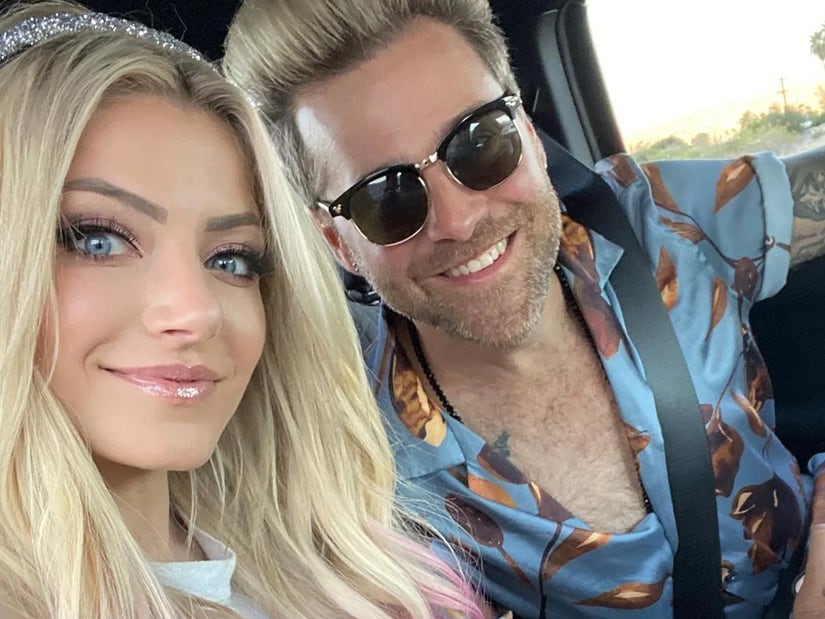 A pair of Buffy stars and the guys of O-Town also reunited at the star-studded affair.

Ryan Cabrera and WWE's Alexa Bliss tied the knot in Palm Springs over the weekend in what they described as a "very non-traditional" and "rockstar"-themed wedding that included one of the most random guest lists ever.

With "Welcome to the S---show" signage, shots getting handed out in lieu of flowers and music from "A Goofy Movie" playing as the wedding party walked down the aisle, it was certainly a unique affair. "It's very us," Cabrera told PEOPLE. "The whole thing's meant to bring out our personalities, and we are far from just normal."

The list of invitees included Lance Bass, Joey Fatone and Chris Kirkpatrick from NSYNC, Sarah Michelle Gellar and Freddie Prinze Jr., her former "Buffy" costar Seth Green and his wife Clare Grant, Debbie Gibson, Mike "The Miz" Mizanin and his wife Maryse, "American Idol" alums Blake Lewis and Constantine Maroulis and the guys of O-Town -- with Ashley Parker Angel reuniting with Trevor Penick, Jacob Underwood and Erik-Michael Estrada in what feels like the first time in a long time.

See photos from the celebration below. 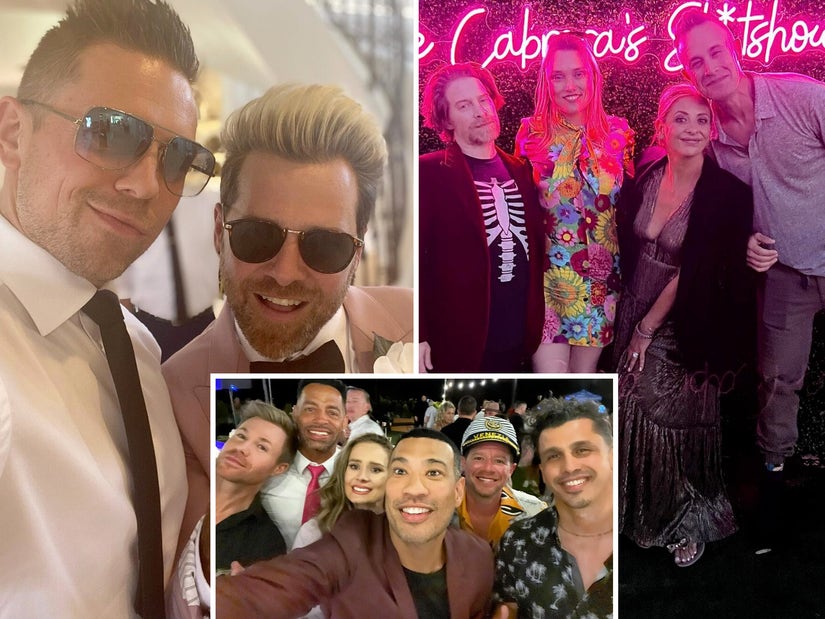 For the reception, guests needed "backstage passes" to gain access -- where they were treated to food from Heavy Handed burgers and Yamashiro from a pair of food trucks at the venue.

The "Goofy Movie" love continued for the first dance, where the two reportedly had their first dance to an acoustic version of "I2I."

And some of the celebrity guests also performed during the reception, as the three NSYNC boys hopped on stage to sing "Bye, Bye, Bye" -- with Bliss even joining them to bust out some of the original choreography.

Thank you @billydec for sharing this close up of 3/5 of @NSYNC and the gorgeous bride @AlexaBliss_WWE performing Bye Bye Bye 😍 We love to see it! 🙌🏼💕 pic.twitter.com/ykbKjgQmzj