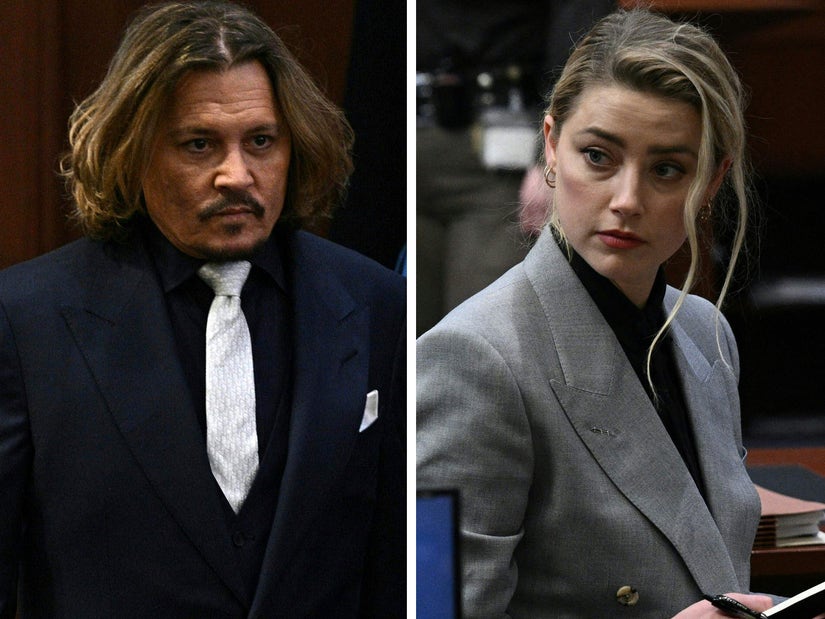 "Ms. Heard had never made that accusation against Mr. Depp — it was never part of her allegations of abuse in 2016. So, what changed?" asked Depp's lawyer during opening statements.

Johnny Depp and Amber Heard faced off in court on Tuesday for the first day of their defamation trial in Fairfax, Virginia -- with her lawyers introducing shocking new allegations against the "Pirates of the Caribbean" star during their opening statement.

On Tuesday, lawyers for both parties gave their opening statements, before Depp's sister Christi Dembrowski took to the stand as the first witness for Depp. Depp's lawyers were the first to speak and preemptively spoke out about any sexual abuse allegations before her people went into the claims in detail.

"Ms. Heard had never made that accusation against Mr. Depp — it was never part of her allegations of abuse in 2016. So, what changed?" ask Camille Vasquez, one of Depp's lawyers. "When she realized the seriousness of what she alleged, she panicked and alleged sexual assault. In Mr. Depp's fifty-eight years, not a single woman has ever accused him of violence, and nobody in Hollywood or the world had any reason to believe he was an abuser, until Ms. Heard publicly accused him."

Referring to claims of physical abuse, his lawyer Benjamin Chew said "the evidence will show that that was a lie and that remains a lie."

When her attorneys made their opening remarks, they referred to a "three-day blackout" period during the filming of "Pirates the Caribbean: Dead Men Tell No Tales" in Australia in which Depp allegedly "abused and sexually assaulted Amber." Her lawyer Elaine Bredehoft referred to it as a "three-day hostage" situation, while Benjamin Chew said the alleged incident -- which they claim happened after she confronted him about his drinking -- "led her to be so in fear for her life that she barricaded herself in her room."

Heard opening: #JohnnyDepp sexually assaulted #AmberHeard in Australia.
He took 8-10 tablets of ecstacy. The next 3 days were very violent. He has hurled bottles at her, dragged her, punched her....then he "penatrates her with a liquor bottle."@LawCrimeNetwork pic.twitter.com/hL9pCUrPYc

"He takes 8-10 tablet of ecstasy almost immediately and the next three days are a cycle of very, very violent activity by him," said Bredehoft. "He was at times delusional, paranoid ... some pretty horrendous things happen to her."

"He rips off her nightgown, he has her jammed up against a bar, he has hurled bottles and bottles at her. He has dragged her across the floor on the broken bottles and the liquor," she continued. "He has punched her, he has kicked her, he tells her he's going to 'f---ing kill' her, he 'f---ing hates' her. He's pounding her and then he penetrates her with a liquor bottle."

"These fictitious claims were never made at the onset of Amber's allegations in 2016, and only advantageously surfaced years later once she was sued for defamation after noting in her op-ed that she was a victim of 'sexual violence,'" said his spokesperson.

"Words are key in a defamation case and conveniently, this allegation only came after that," the statement continued. "This follows a pattern of her elaborate, erroneous claims which have continued to change and evolve over time for the purpose of Hollywood shock value of which Amber has mastered and used to exploit a serious social movement."

"She called him an old fat man." #JohnnyDepp's sister testifies to the abusive language she witnessed from #AmberHeard to Depp.

Christi Dembrowski is the first witness to testify in this defamation case.

After the lawyers' remarks, Depp's sister and assistant Christi Dembrowski took to the witness stand. She claimed she would often book an extra hotel room for her brother because "it wasn’t unusual for them to have an argument" -- and claimed Depp would "hide in a different room to get away from it." Though she said she never saw them be violent with each other herself, she claimed she did hear her insult him.

"She called him an old, fat man," said Dembrowski, who also claimed Heard reacted with "disbelief and disgust" when Dior approached Depp to front a campaign for them. "[Dior's] about class and about style," she said Heard told him, "you don't have style."

During cross-examination -- which continued Wednesday morning -- her team tried to prove Dembrowski knew her brother was struggling with substance abuse issues and shared concerns, which she denied. When confronted with a text she sent her brother in 2014 reading, "Stop drinking. Stop coke. Stop pills," she told the court, "I don't know what they were in reference to."

"I probably was not joking but maybe I was repeating what something else told me to write," she added. Throughout her testimony she also said the aspect of the case that "bothers [her brother] the most" is how the allegations "trickle down to his children."