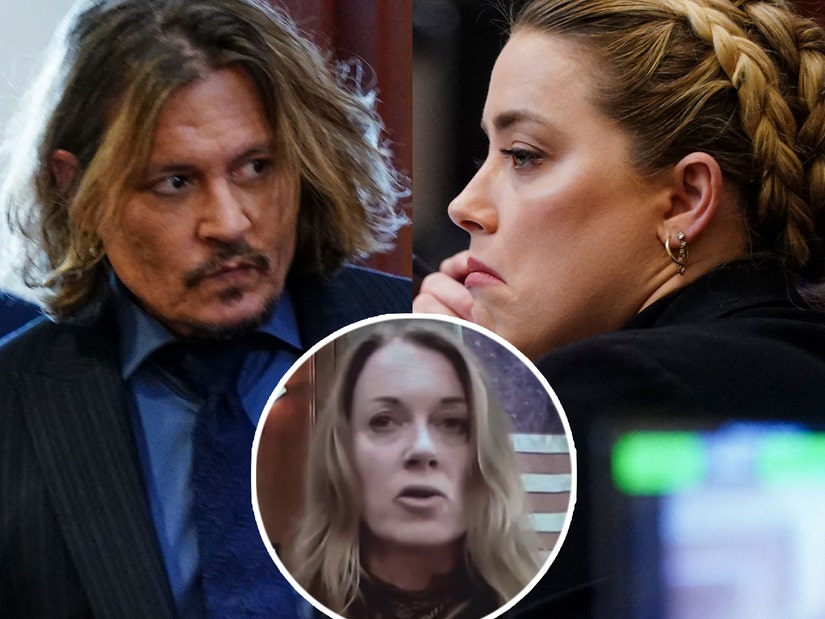 She testified she never witnessed any physical abuse or even evidence of it, before accusing Heard of "screaming abuse" at her.

Johnny Depp and Amber Heard's defamation trial continued Thursday in Fairfax, Virginia -- where Heard's former personal assistant appeared in a prerecorded deposition filmed in February 2022 as a witness for the actor.

Kate James worked for Heard from 2012-2015. Heard has claimed instances of abuse from Depp between 2013 and 2016, meaning there was some overlap with James' employment and the actress' allegations.

During her deposition, James spoke at length about what it was allegedly like to work for Heard and did not paint a pretty picture. She claimed she was initially paid $25 an hour while working for her part time, before Heard "finally agreed after screaming abuse to me" to pay her $50,000 a year when the position became a full time gig. Still, James felt the salary "was very insulting," but stuck around because they reached an agreement where she had time to pick up her son and bring him to work with her and also didn't have to travel with Heard abroad.

"That was the first red flag." In a video deposition, #AmberHeard's former personal assistant testifies to how Heard treated her and Heard's "strange" behavior after an alleged abusive confrontation with #JohnnyDepp.

She testified that she had no knowledge of any arguments between the two actors, though Heard would occasionally "send a text message complaining about her mental state." She did not believe Depp had mistreated her and claimed she "never once saw any evidence of anything" abusive going on. James claimed Heard never mentioned anything about physical abuse and believed, had there been any, she "would have seen the damage, even if I wasn't present in the moment."

James added she never witnessed Depp using drugs or abusing alcohol firsthand and felt he was "such a gentleman" who was "always completely passive." She also claimed she never saw any cuts, bruises or swelling on Heard whenever the actress got dressed in front of her.

There was a lot of talk about Heard's demeanor in May 2014, following an alleged incident in which the actress claimed Depp assaulted her on a private flight because he believed she was having an affair with James Franco. James recalled the actress inviting her to the Chateau Marmont shortly after the alleged incident would have taken place and witnessed what she called a "red flag."

"I wasn't on the plane, I just know what happened afterwards, when she asked me to come meet her at the Chateau," said James, saying Amber was surrounded by friends and they were all drinking by the pool. "It seemed a little conspiratorial to me. Like a strategy meeting or something, combined with a pool party. It was very confusing."

James also said she didn't witness any marks on Heard, who was wearing a swimsuit, at the time ... and she didn't say anything or show anyone any injuries. 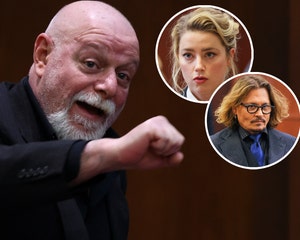 Speaking more about what it was like working for Heard, she called the actress a "pretty dramatic person" who would cry over her "insecure emotions."

"It did not seem like the perfect relationship to me, based on a lot of insecurity on her behalf, which seemed to cause confusion in the relationship," she continued. "Maybe the age gap was an issue because of their interests. Apart from that, who am I to know the relationship, you know?"

She claimed Heard told her she "didn't like hanging out in [Depp's] house with his friends because it was boring and they're all old men playing guitars and it wasn't interesting to her." James also said that whenever she would personally have "friendly chitchat" with Depp, it would "stop immediately" when Amber saw them talking -- because "she would give me the evil eye and I'd know to just quickly walk away."

She went on to detail some of the "verbally abusive" ways she was allegedly treated.

"Screaming over the phone, she screamed at me once in person, barrages of abusive text messages day and night. Between 2-4am, the barrage would start that I'd wake up to," said James. "All incoherent, not really making sense, just someone to lash out at. No apparent reason to it."

She also said she would be tasked with picking up two copies of every magazine in which Heard was featured, before hiding them in the garage so Depp wouldn't see them. Though James said she didn't know why it was so secretive, she claimed Heard "got very angry" when she neglected to hide them in a timeline she deemed satisfactory. "She went absolutely ballistic over that. Screaming, yelling, abuse. Blind rage," she added.

The ex-assistant also said Heard got in her face during a conversation in which James requested a higher salary. She claimed the actress "leapt out of her chair ... and was spitting in my face, telling me how dare I ask for the salary I was asking for." James went on to say Heard treated her sister "like the dog you kick" and claimed the actress' mother "personally told me she was terrified of her."

James believes Heard would also have "manic episodes" as a side effect for taking Provigil, saying the alleged outbursts were "similar to if someone was on some sort of amphetamine drug. Moving very fast, not making a lot of sense. Hyper organizing, hyper tasking, just very, very hyper." Though she added she never witnessed Heard take illegal drugs, she claimed Heard told her she used mushrooms, ecstasy and cocaine. 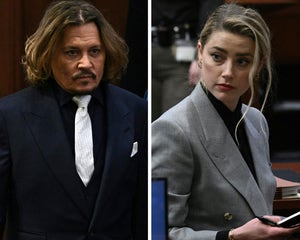 Her employment with Heard ended in 2015, after the actress married Depp. She said the actress let her go without any notice, claiming she had to support her mother and could no longer afford to pay James. There was a discrepancy over whether or not Heard gave her any sort of severance payment, as James could remember one being offered but couldn't recall if it happened.

"I bit of a shock, a bit of a feeling of being blindsided," she said of being let go.

After being axed, it appears she at least had some contact with Depp still, as a 2016 text message from the actor was shown in court. In it, he wrote, "Thank you sweetheart. I'm disgusted that I ever f---in' touched that scum. Back on Tuesday!!! And then ... court!!!! Will hit you when I get back, doll. Come over for a spot of purple and we'll fix her flabby ass, nice and good!!!! Loveth... J."

James said the two did meet up and while she knows Heard did come up, she couldn't recall the specifics of the conversation. She added that was the last time she saw him.