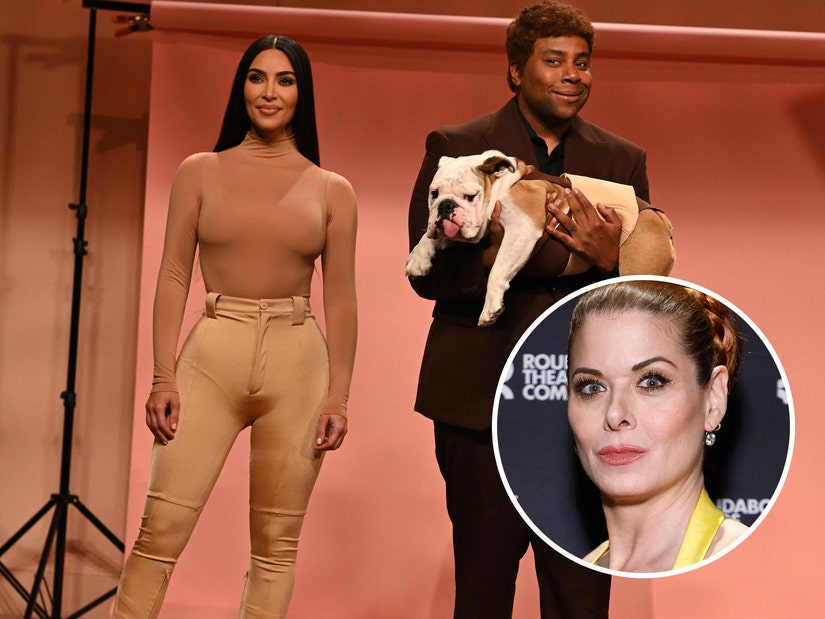 "Why Kim Kardashian?" tweeted the actress after the reality star's SNL gig was revealed.

The series premiere of "The Kardashians" on Hulu focused a lot on Kim Kardashian's big hosting gig at "Saturday Night Live" and the stresses that came along with it.

Dropping overnight, the first episode showed Kim preparing for the honor while juggling her divorce from Kanye West, a revived sex tape scare and her law career pursuits.

When it was first revealed the reality star would be taking center stage on "SNL," she was initially met with some backlash, as some critics felt she didn't fit the typical mold of host. Among those critics was Debra Messing.

Why Kim Kardashian? I mean, I know she is a cultural icon, but SNL has hosts, generally, who are performers who are there to promote a film, TV show, or album launch. Am I missing something? https://t.co/WYrobkv8Fi

"Why Kim Kardashian? I mean, I know she is a cultural icon, but SNL has hosts, generally, who are performers who are there to promote a film, TV show, or album launch. Am I missing something?"

Simply referring to Messing as "the girl from 'Will & Grace'" in a confessional, Kardashian responded to the criticism by adding, "Why do you care? I don't comment to tear people down, especially another female. If that's what you think, dude, cool. Tune in."

The month after her "SNL" shade, Messing did end up apologizing to Kim during an appearance on Tamron Hall.

"I was not intending to troll her, and if anybody took it that way, I apologize. That was never my intention," Messing said. "She is this phenomenon. I mean, she is a cultural icon."

"I am someone who grew up with SNL. I love comedy. They have had for decades this sort of formula, and I noticed that they changed the formula," she added. "I was like, 'Oh, does she have a new TV show coming out? Does she have a book coming out? Is she In a movie?' And she didn’t have anything coming out. Actually, her TV show had just wrapped."

"I was just confused, and I thought, 'I have been living under a rock, I don't have my finger on the pulse of pop culture,'" she went on. "So I was like, 'Has she been doing something on the side that I'm not aware of because I’ve been so focused on activism?' Clearly it was interpreted differently."

"I thought she did amazing and I was rooting for her," she concluded. "If you know me and follow me, you know I consistently lift up women. I support women. So, I hope that people understand that was never my intention."

See her full apology below. New episodes of "The Kardashians" drop Thursdays on Hulu.