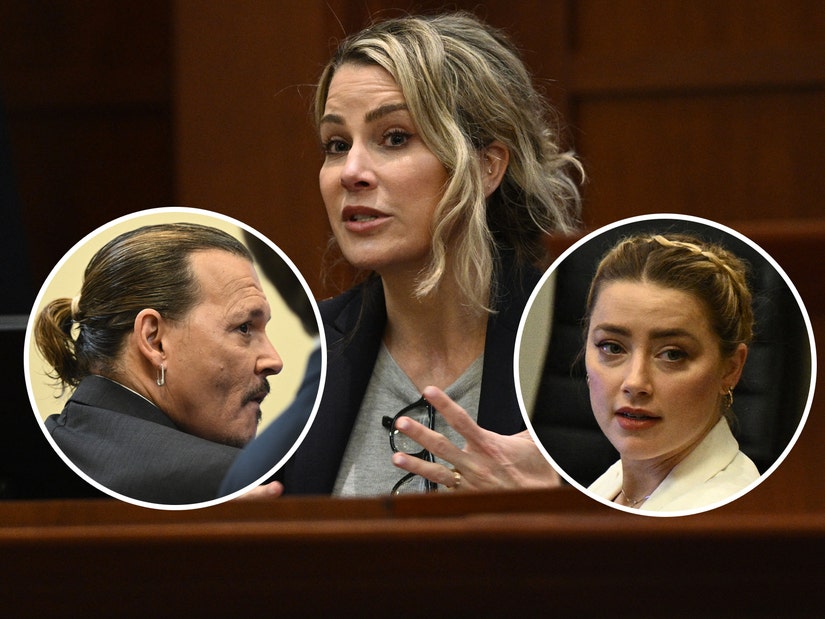 The defamation trial between Johnny Depp and Amber Heard went into Day 9 on Tuesday in Virginia, where Dr. Shannon Curry was called to the stand to testify for Team Depp.

Curry, a clinical and forensic psychologist, said she was first approached by the actor's legal team so she could "review the case materials and provide my opinions regarding anything I noticed that was consistent or even not consistent with the psychological science that exists today on intimate partner violence in Mr. Depp and Ms. Heard's relationship."

She added that intimate partner violence is when there's physical or psychological abuse from one partner to another. According to Curry, however, her role in the case "shifted" and she was asked to provide a psych evaluation of Heard -- but not Depp. In preparation for the evaluation, she reviewed all case documents, Heard's medical and mental health records, audio and video recordings and witness statements, before meeting with Heard on two separate dates in December 2021.

"There was information that supported it from multiple sources," she added when asked how she came to those conclusions. "I conducted testing including -- one of the main tests that I used, she obtained scores that were consistent with those diagnoses and there was evidence of those diagnoses in her records and self-report [or things Heard told Curry 'specifically']."

"There were a couple characteristics that she noted in her self-report that were consistent with these personality disorders. The first was my own behavioral observations of her based on my self-report," she continued. "One of the hallmark characteristics of Histrionic Personality Disorder is an overly dramatic presentation ... it tends to be very flowery, it uses a lot of descriptive words and it can go on for quite some time but really lacks any substance, so at the end you're left wondering what was just said. That occurred a number of times."

Curry also commented on what she saw as the "quick shifts" between emotions during her time with Heard.

"She would suddenly be one way and then she would be very animated or very sad and when people are displaying emotions with this personality disorder, there's a sense of shallowness to it," she explained. "People who are observing them may feel like they're almost play acting ... part of it is the rapidness with which the person can switch emotions and also the lack of substance. Very rarely and Ms. Heard did not, say, 'I feel vulnerable.'" 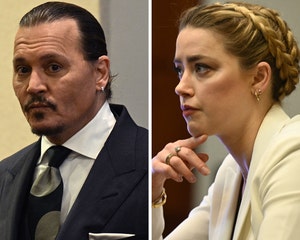 Curry went on to detail the specific tests she ran on Heard to come to her diagnosis, before revealing more of what she said she witnessed through their discussions.

"One of the primary things I learned is she had a very sophisticated way of minimizing any personal problems. There were a number of characteristics that were consistent with the eventual diagnoses," she continued. "Some of the primary characteristics were essentially externalization and blame, tending to have a lot of inner hostility that is attempted to be controlled, a tendency to be very self-righteous but to also deny that self-righteousness and to judge others critically against these high standards for moral value but also to deny doing that. Essentially to claim that one is very nonjudgmental and accepting and yet very full of rage really."

Talking more generally about people with similar diagnoses, Curry said they "tend to be passive aggressive, self-indulgent, self-centered, they could use manipulation tactics to try to get their needs met, very needy of attention, acceptance, approval." She added, "They tend to distance people who are close to them. They're very socially sophisticated, actually. They have a capacity to offer some of their faults, but only the ones people can think of lightly and can all relate to. They can present very fair and balanced, but in actuality they really might be very judgmental of others."

Of the Borderline Personality Disorder diagnosis, Curry said Heard's medical records indicated she had a "temper" and "cut her arm in the past," which she explained was a "typical, reactive type thing somebody with this diagnosis can do." She also said she was "struck" by deposition testimony from Heard's "former friend" Raquel Pennington, in which she said Amber "struck her in the face, sort of out of the blue." Curry explained it's "one of those signs of Borderline Personality Disorder, where if a friend or loved one isn't meeting your needs in that moment ... they feel their needs should be met, when they want them to be met and if they're not, that anger, that sense of harm causes them to react."

Forensic psychologist talking about people with BPD as she has diagnosed #AmberHeard:

They are very interested in looks.
They utilize their looks to get the attention they're seeking. #JohnnyDepp v #AmberHeard @LawCrimeNetwork pic.twitter.com/ZM3HQ63SUI

She added that people with this disorder are "very, very interested in looks, but more importantly they utilize their looks to get attention, get that respect that they're seeking."

Curry said Heard presented herself as someone "free of any problems and she did so in a way that was very sophisticated, not obvious." She also concluded Heard doesn't have PTSD and believed she "was grossly exaggerating symptoms of PTSD when asked about them."

"Grossly exaggerated." A psychologist testified #AmberHeard did not have PTSD and concluded that Heard tried to fake the symptoms.

Depp's team wrapped up their questioning, before court broke for lunch. During cross-examination by Heard's lawyers, Curry first revealed she was not board certified in clinical and forensic psychology, but is a licensed clinical psychologist.

When asked whether she ever arrived at the opinion that Heard "exhibits patterns of behavior that suggest her allegations of abuse against Mr. Depp are false," Curry said she had not.

Heard's attorney also brought up Pennington's testimony and pointed out that it actually said something along the lines of, "she hit Ms. Heard and in response to that, Ms. Heard either pushed or slapped her" -- calling it a "pretty important distinction." Curry said she came to the conclusion that there was "some sort of violence both ways" in the relationship, but her evaluation only pertained to Heard. Heard's lawyer also pointed out how Curry's opinion contrasted from others who treated Amber previously, including a psychiatrist who believed Depp was the aggressor and Heard was the victim of domestic violence.

The actor has already lost an earlier lawsuit he took in the UK over the same article that appeared in The Sun. During that trial, in 2020, the actress denied ever being diagnosed with borderline personality disorder.