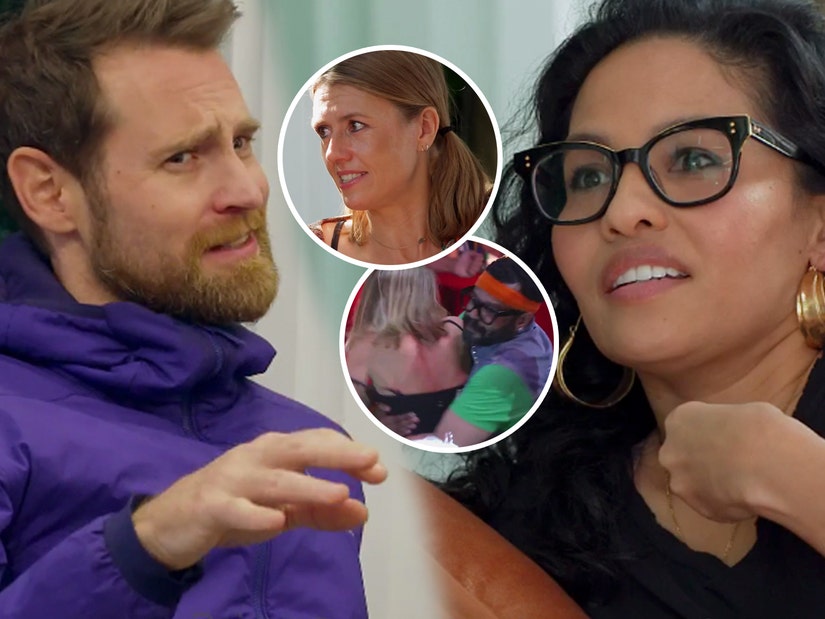 Here's how the three hashed out their issues, before Stoffer jumped straight into another controversy after getting obliterated on Bourbon Street.

After the first two episodes of "Real World Homecoming: New Orleans," it's pretty clear Julie Stoffer may not have been fully prepared for what awaited her in the Big Easy. While she went into the revival knowing she had long-simmering issues with both Danny Roberts and Melissa Beck to resolve, it seems she didn't expect it to blow up as much as it did on Day One of filming.

In last week's premiere, the MTV show's 2000 cast reunited for the first time as a whole in decades and Stoffer was immediately in the hot seat as both Danny and Melissa confronted her for her alleged behavior after their season wrapped. Following the show, they all went on speaking tours of colleges and high schools -- with Danny and Melissa claiming Julie and her team went out of their way to disparage them to prospective schools so she'd be booked instead.

While she copped to writing a letter to one place about Danny, she denied doing the same for Melissa and suggested someone on her team did it on her behalf, before the confrontation ended without anything being resolved. Julie then got a pep talk from David "Tokyo" Broom, who told her she needed to take responsibility for everything. At the top of Wednesday's new episode, filmed that same first night, she was ready to do just that with Melissa -- who politely declined to engage further that evening. 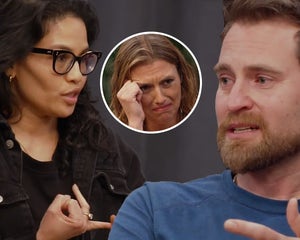 She then made her way downstairs to Danny, wanting to apologize to him as well that very moment.

"He's just a really good person and I lost all this time and I just didn't even have the courage to talk to him, I'm so ashamed of myself," she said in a confessional. "Danny has had the hardest lot of any of us and I was the worst to him. I was the worst to him in my darkest days. I was dumb back then and I feel horrible, but I also remember thinking that, at that age."

Speaking with him in front of both Jamie Murray and Matt Smith, she said she was "horrified" to hear multiple letters were sent out in her name at the time and took full responsibility "for all of them," adding, "Not just the one I wrote, all of them."

"I don't even care about the others. The one that you wrote is like the most hurtful. I don't know where that came from," said Danny, who claimed last week the note painted him as a "horrible homosexual" at a time of rampant homophobia. Julie then said she was a "20-year-old idiot" back then, before acknowledging she hurt him "in a really real way and it robbed us of 20 years."

"Listen, honey, this life has been full of baggage and hurtful things, so this is not one thing that has held me forever," he replied. "It's been hurtful, but I've been through lots of hurtful stuff like this. People do a lot of things out of fear and a sense to protect themselves in ways that are often misguided."

After she once again took full responsibility for anything done in her name, Danny told her he appreciated the apology, believed she had regrets and said he looked forward "to getting to know you again" over their two-week reunion. In a confessional, however, he made it clear that "when you allow events to fester over decades," all won't be fixed in the matter of weeks. "I will take her apology today and love her where we are in this moment, but there are initial explanations and apologies, but then I need to see behavior and follow through for that to feel genuine to me," he added. 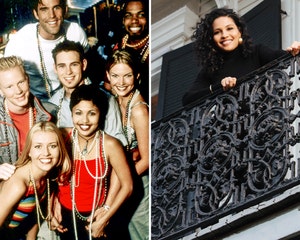 An entire day went by before she and Melissa finally sat down together to hash out their side of things.

"While we were inside of that conversation, I felt like you were still wanting to disbelieve me," Beck told Stoffer, who kind of took credit for Tokyo's words of advice by saying she had a realization that "it didn't f---ing matter, who wrote what, what matters is you were hurt, Danny was hurt and the buck stops with me."

Julie then expressed hope they could find a "path to making it right," adding, "I do not deserve your forgiveness, but I've missed you horrible." They basically left it at that, with Melissa adding in a confessional that "forgiving her and becoming friends with her are two different pieces of pie." She concluded: "And right now, I am not ready to have any pie."

With their messy history settled for now, Julie then jumped from one controversy to another as the group went out for a drag show -- just as they did back in 2000.

The night out just got messy. 😬 Here's a sneak peek of the 2nd episode of The #RealWorld Homecoming: New Orleans, available to stream tomorrow on @paramountplus! pic.twitter.com/ux6sKv8fWQ

The shots and drinks started flowing freely, with ex-Mormon Julie tossing back alcohol with her costars for the first time ever. She and Danny definitely got the tipsiest at the gay bar, before Julie started falling on the dance floor, refusing water and pushing anyone away who tried to -- as Jamie put it -- "exfiltrate" her from the situation.

"Lady, you need to get it together. You are no longer fun, belligerence has arrived," Melissa hilariously quipped. And, yes, you can order tote bags with that quote on it from Beck herself here.

As the bouncers made it clear they wanted Julie out, Tokyo grabbed her and physically carried her to the front door -- as she screamed and wriggled out of his grasp. "That's some bulls--- right now. No! No! I hate you! We've been here for a f--ing hour, what's the big deal?" she then screamed at Jamie as they made their way to their car.

The episode ended with her continuing to berate Jamie on the street, before a "To Be Continued" slate. A preview for next week then teased the fallout, with footage of Stoffer tumbling out of their Uber to the ground and puking in her bed, before showing off her alleged bruises from Tokyo "manhandling" her. "Let's not blame bruises on the Black person that helped you," says Melissa, before Julie's seen storming away from a conversation with Tokyo himself.

We'll see how that plays out when new episodes of "Real World Homecoming: New Orleans" drop Wednesdays on Paramount+. 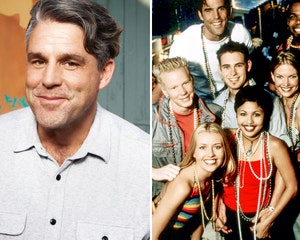 Why Real World: New Orleans' Jamie Was 'Pissed' About OG Season and What It Was Like Reuniting (Exclusive)