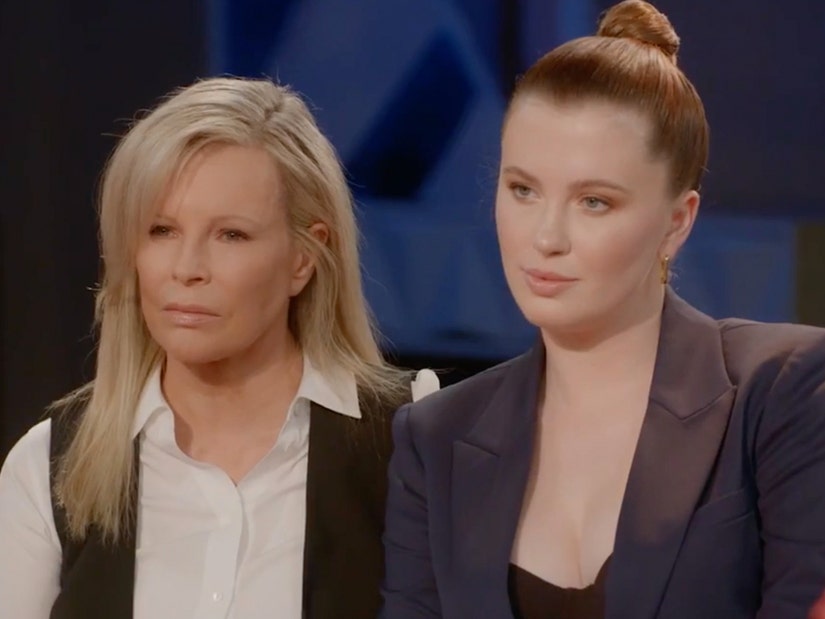 Appearing on "Red Table Talk" alongside mom Kim Basinger, Ireland said dad Alec Baldwin "has been forced to finally deal" with his own battle with anxiety

Ireland Baldwin and Kim Basinger are opening up about their mental health struggles.

On Wednesday's new episode of Facebook Watch's "Red Table Talk," the mother-daughter duo sat down with Jada Pinkett Smith, Willow Smith and Adrienne Banfield-Norris for their first-ever interview together. 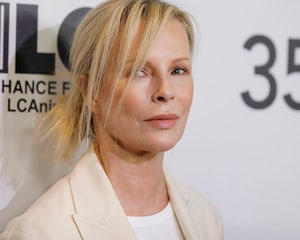 Ireland first spoke to Willow in a one-on-one interview, in which the former got candid about everything from her journey with anxiety, to the phobia that has sent to her to the hospital "over 20 times," to a dark time in her life in which she would have "committed suicide" if she hadn't been "saved" by a family member.

Ireland, the only child of Kim and Alec Baldwin, began by sharing that she believes she's suffered from anxiety "for my whole life, since I was a kid." But she didn't want to call it anxiety as a child, admitting that she was "ashamed."

After noting that her parents' public divorce ignited her struggles with anxiety, Ireland shared that much of her anxiety is "rooted" in the need to "individualize," wanting to be her own person, rather than the daughter of two famous stars. While Ireland said she believes she wouldn't have gotten into modeling if not for her parents, she stressed being compared to her mom and facing criticism is "extremely toxic" for her when it comes to her anxiety.

Ireland — who has been open about her struggles with body image and eating disorders in the past — said modeling "ruined my brain." However, Ireland said she "was gonna be the model-actress that people wanted me to be."

During her conversation with Willow, she also revealed that she suffers from cardiophobia, the fear of dying of a heart attack. "I have a fear of my own heartbeat," Ireland explained. "So when it starts getting really fast, even when I'm nervous, even slightly nervous, or if I exercise or anything, I start panicking to the point where I'm convinced no matter what anyone says that I'm going to have a heart attack. And I had to go to a hospital."

Ireland said she's had "maybe over 20 hospital visits" due to her phobia (for more on that watch the full episode, above).

Meanwhile, Ireland admitted that she had "been through so much before I really got help," revealing that she was in a "really abusive relationship. She explained, "I did go to a treatment center. So I've been through a lot of different kinds of abuse."

However, just like she didn't want to refer to her anxiety as anxiety, she didn't want to call her abuse by name either. Ireland went on to reveal that not only was she the victim of abuse, but she "unknowingly" had been "abusive" toward someone else. "There was a lot of learning I had to do and a lot of acceptance of, 'Okay wait, that was abusive behavior,'" she said to Willow.

Ireland added that at the time, she ultimately "hit a total breaking point," noting that she was "self-medicating" with Xanax and alcohol. She later went to a treatment center, where she learned that she has an "addiction of wanting to fix people." 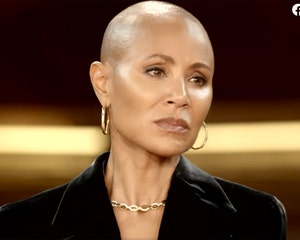 Ireland said the abusive relationship resulted in her becoming "isolated" from her friends and family. She added that at the time, she had "tortured" herself with her eating disorders, and didn't talk to her parents "for like a year."

"I was so ashamed of what I had become, and how I was living," Ireland said, describing her emotional and physical well-being as "lifeless."

It was at this point that her cousin, Alaia Baldwin, stepped in. (Alaia, 29, is the older sister of Hailey Bieber, 25.)

"She was the one who booked a ticket from New York, came to L.A. to see me. She was like, 'Something's up. I sense something,'" Ireland recalled. "She saved my life. I think I would have committed suicide or I would have been dead. For sure."

Ireland and Willow then headed over to meet Jada and Gam at the Red Table, and they were all joined by Kim. The actress detailed her struggles with anxiety, which began when she was a child. Kim also opened up about challenges she faced while dealing with agoraphobia, revealing that it actually left her housebound for years. (Read more about Kim's battle with the phobia, here.)

Meanwhile, the Oscar winner said it was difficult to see Ireland also suffer from anxiety, saying that "to see her hurt, it used to hurt me worse than anything probably could." Kim brought up her public divorce from Alec Baldwin, describing it as a "rough time." (Kim and Alec, 64, married in 1993, before separating in 2000. They divorced in 2002.) 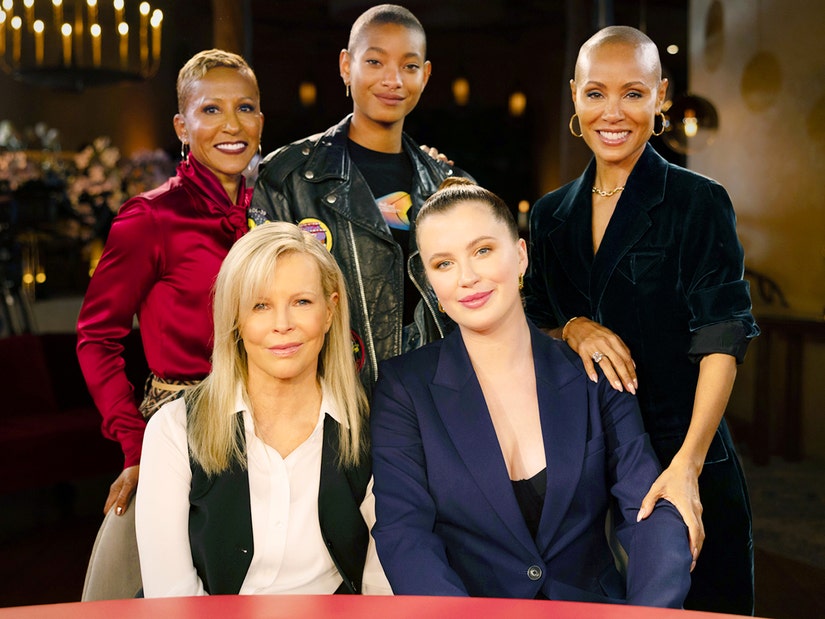 Jada asked how she and Alec were able to co-parent when it came to dealing with Ireland's anxiety, asking if they were able to "see eye-to-eye." Kim replied jokingly, "Eye-to-eye? No."

"You know we're all fine, we all get along, whatever. But he's a challenge. I mean, come on. We've had our challenges," she added with a laugh. Kim then got serious, saying, "I don't think Alec was emotionally or mentally available for that kind of talk. Alec, you know, operates in a very different way in his life."

Ireland chimed in, noting that her father "deals with anxiety greatly," but is "someone who grew up in a family that would suppress that as well or tell him he's weak for feeling that way."

"There's things I would go to my father for, but if I ever even tried to have this conversation in any way with him, I don't think he would be able to really absorb any of it," she continued, clarifying that "it's not his fault."

Ireland said her dad has "gotten way better" though. "I think he really suppressed his anxiety up until pretty recently," she explained. "He's really been dealing with things that kind of have been thrown at him. He's been forced to finally deal with these things."

Watch the full episode, above, to see more, including how Ireland and Kim deal with their anxiety now, and Willow's own struggles with anxiety. 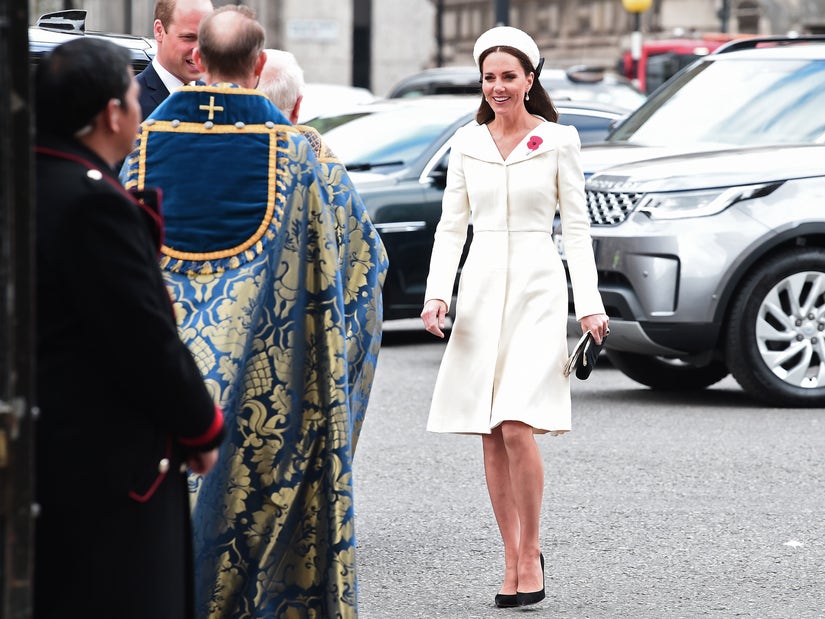