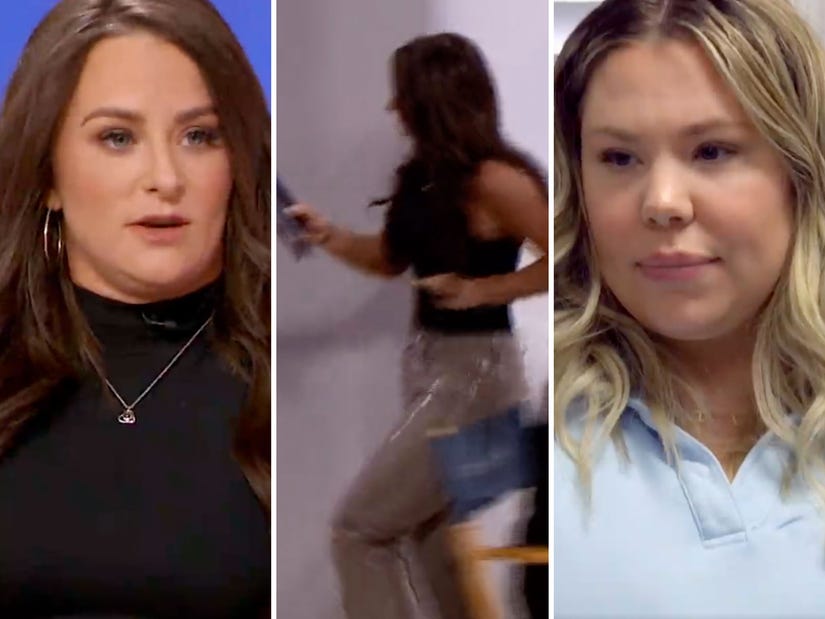 Messer walked off set near the top of the show, while Lowry didn't show up in person at all.

Following longstanding beef with Briana DeJesus, costar Kailyn Lowry once again sat out attending the most recent "Teen Mom 2" reunion in person. But this time, Briana wasn't the only person with whom she's apparently been feuding!

At the top of Tuesday night's episode, Dr. Drew Pinsky asked Leah Messer if she had any idea why Lowry wasn't alongside the rest of the women. "I have no idea," she said, before Jade Cline interrupted and said Kail and Briana "don't get along."

"She'll never sit next to me on the couch, never," DeJesus added, before Messer said she hadn't "been talking to her as much" recently either, despite being really close in the past. When asked what happened, Messer started to speak, before Ashley Jones walked off stage saying she'd be back when they were done talking about Lowry. Leah then decided to join her and retreated to her dressing room.

What a SEASON it's been! With all the mamas here to recap everything that went down, we can't help but notice someone is missing. 👀
Don't miss Part 1 of the #TeenMom2 finale, tomorrow night at 8p on @MTV! 🍿 pic.twitter.com/qM8QyuUAqN

As the show went to a commercial break, Messer was seen in her dressing room adamantly telling a producer, "I'm not gonna be disrespected. I'm not talking about Kail. Give me 10 minutes." He responded, saying, "You made your point, okay."

The apparent feud didn't come up at all after that, even as Dr. Drew and Nessa interviewed both Lowry and Messer separately. When Nessa said they wished Lowry was there with them, Kailyn responded, "I'm glad I'm not!"

Both women addressed the situation on social media, where Messer first made it clear the real reason she walked off stage was to avoid any "mean girl" behavior -- seemingly referring to Briana and Jade and wanting herself from wanting to do the same. She then spoke about the situation with Lowry.

"My friendship with Kail has been rocky. To clear it up from my point of view. I went to [Teen Mom Family Reunion] with the support of everyone around me. After the two weeks of filming and learning a lot about other casts through therapeutic activities and a life coach, I believed we all left on the same page," she explained.

"An unfortunate situation occurred a few weeks after being home when I 'liked' an Instagram post of Briana's referencing self-growth," she continued. "I was unaware at the time that a fat-shaming situation had occurred between Briana and Kail. It should be known that, I don't and will never support fat shaming or bullying in any way, shape or form."

"This caused tension and hurt feelings that I hope can one day be resolved. I'm honestly sick and tired of being brought into this drama, having my kindness taken for weakness or being put in a position to where it seems as though I need to choose someone's side," Messer went on. "After 12 years of filming I understand what the show is supposed to be about and am happy to share my story. I feel like all of it is taking a twisted turn and it saddens me. I'm going to continue to take care of mine and stay out the way. I'm going to speak on my personal life experiences and the journey which all of you have followed over the years. While I also wish everyone of my coworkers the best moving forward." 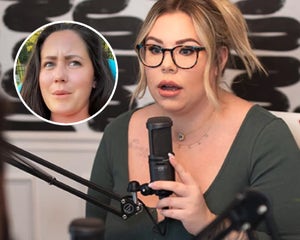 Lowry, meanwhile, posted to her Instagram Story as well and said, "I have never been. upset with Leah for going to TMFR. In fact, I supported her and told her to go & collect her check."

She added, "I was never upset about anyone going to TMFR" -- before posting a photo with her new boyfriend, Elijah Scott, with the caption, "All good over here."

The "Teen Mom 2" reunion will continue next Tuesday on MTV.