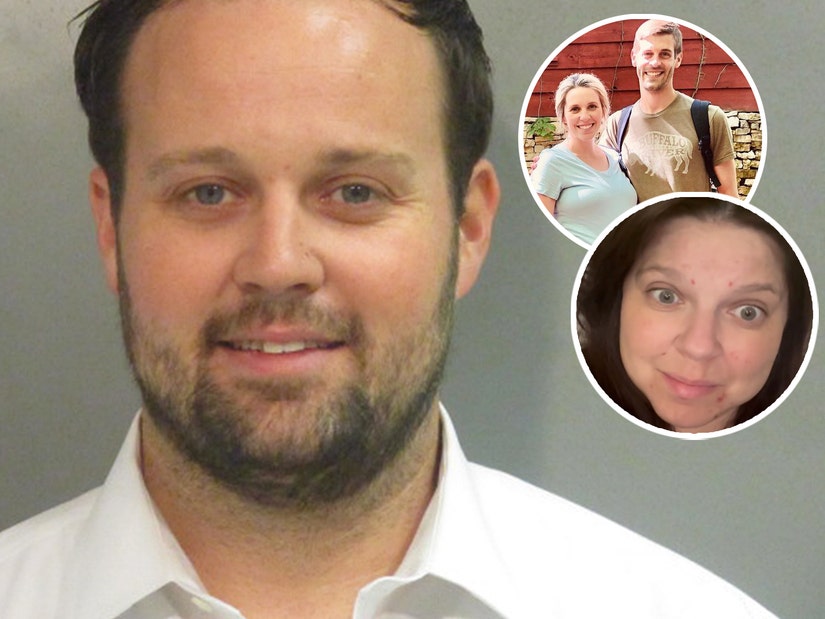 "I feel like the prisoners are going to take care of him," said Amy Duggar in a video -- while Jill and Derick released their own statement.

On Wednesday, the ex "19 Kids and Counting" star was given 151 months -- or around 12 and a half years -- in a federal prison, after he was found guilty of receiving and possessing child pornography. He faced up to 20 years.

"The last several weeks and months have been difficult emotionally. Yesterday was another one of those hard days. We are neither rejoicing nor disappointed by the sentence, but we are thankful it's finally over," they wrote. "The Bible clearly states that God effects justice and vengeance through the governing authorities. Though some believe Josh should have received a greater sentence and still fewer believe he should have received a lighter sentence, God has carried out his vengeance today for his unspeakable criminal activity."

"Until now, he has yet to be held accountable to the extent necessary to cause change in his dangerous pattern of behavior. It is unfortunate, but it seems that it may take spending over a decade in federal prison, and still more on probation, for Josh to have any potential for rehabilitation to the point he can safely live in society again," they continued. "Hopefully, Josh can actually begin to get treatment and begin to work toward a lifestyle where he is less likely to reoffend."

They also hoped the notoriety of the cast could act as a deterrent to "potential offenders" and concluded that they "continue to love Josh and his family and will be there for them however we can."

"Twelve and a half years isn't enough, but I hope that every single second he's there feels like an eternity," Josh's cousin Amy Duggar King told Celebuzz! in a statement after the sentencing, before sharing a video reaction to the news on her Instagram later that evening.

"I can breathe, he got 12, almost 13 years. I knew him getting the maximum sentence wasn't going to be the easiest to prove since it's like his first offense in the judge's eyes, -- which I hate -- but at the same time, he cannot have his computer, he cannot hurt, exploit any more children and when he sees his kids he has to be supervised," she began.

"And, honestly, where he's going, I feel like the prisoners are going to take care of him," she added, before giving a look at the camera.

Talking about how "stressed" she's been, she commented on her own appearance by saying, "and my face just proves it."

"Josh's sickness stems from somewhere and eventually we will hear about the trauma. Unfortunately, I think more will come out," she added. "Hopefully tonight I can sleep for the first ever and just be rest assured that another monster will be put behind bars. It makes my heart feel a little lighter."

Following his sentencing, Josh's attorney told TMZ that they looked forward "to continuing the fight on appeal."