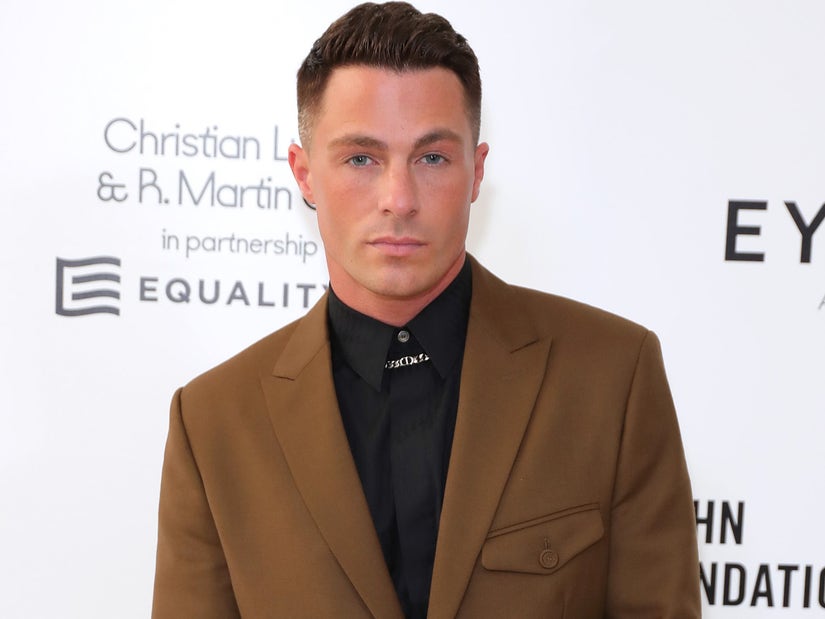 "I was too depressed and I couldn't stand working with one of my cast mates."

Colton Haynes is getting candid about his departures from both "Teen Wolf" and "Arrow."

The 33-year-old actor addressed his exits from both shows in his just-released memoir, "Miss Memory Lane." In the book, he says that when it comes to "Teen Wold," there were more factors at play than just a contract negotiation stalemate.

"The real truth was that they didn't want to pay me the same amount as everyone else," the "San Andreas" star wrote, "which wasn't a lot to begin with by Hollywood standards, even though my working quote—the fee I would be paid to appear on anyone else's show—was higher than most of the cast's."

"It didn't help that I was represented by a team of people who made the Teen Wolf production's life a living hell," he continued. "So in order to get back at my team, the production refused to pay me the standard salary."

The actor shortly transitioned to another role on "Arrow" where he played Roy Harper/Arsenal throughout the show's eight seasons. Though he had been a regular on Season 7, he only returned in a limited capacity for the show's final outing.

"I had walked away from my full-time job on Arrow at the beginning of the year, supposedly because my contract had ended," he admitted, "but it was really because I was too depressed and I couldn't stand working with one of my cast mates."

In the book, the actor also opened up about his struggles with addiction, describing his final bender where he consumed mass amounts of Xanax and alcohol and woke up in the hospital with a bracelet named "Bruce Stark" -- an alias his friends used to keep his hospital admission out of the press.

"After a week at Cedars, I still couldn't walk," he wrote. "A doctor told me that I'd taken a near-lethal dose of Xanax on my final bender, of which I had no recollection; it didn't sound like something I would do, but I had to admit that I didn't recognize the person I'd turned into. I had no idea what his intentions were."

Colton explained he turned to drinking to alleviate painful life moments and memories -- including his alleged sexual abuse by his uncle when he was six and his mother's death -- as well as the pressures of intense public scrutiny and the shaming he'd get online.

"I was drunk and too fat, too skinny, too successful, too washed up, too pretty, too threatening, too short, too honest, too gay, too straight, too cocky, too serious, too goofy, too this, too that," he said of the labels put on him.

Haynes is nearly four years sober now and says the road to sobriety is "the only road I've ever been on where I've kept both hands firmly on the wheel, the only one I've ever taken slow, noticed the warning signs, and given pedestrians the right of way."

His memoir, "Miss Memory Lane," is out now.