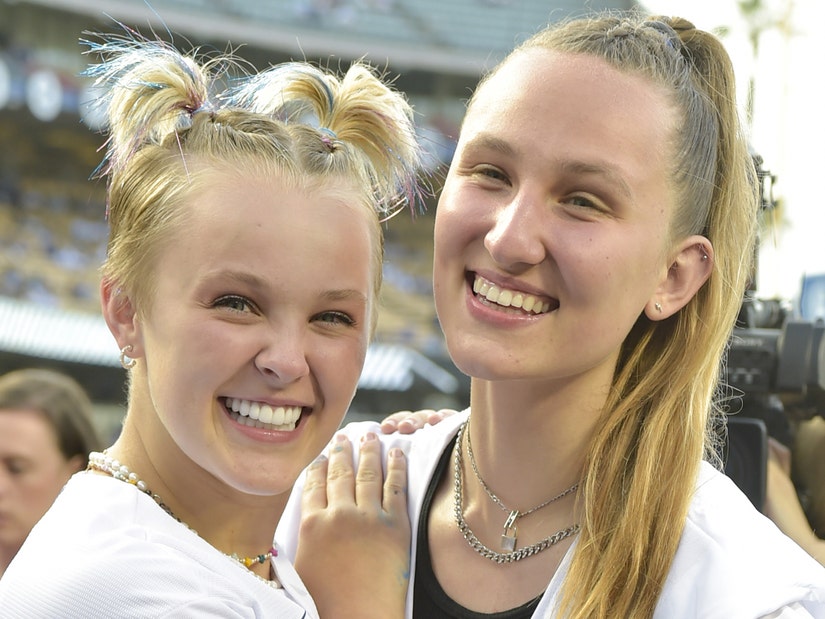 The couple shared a sweet make out sesh on the jumbotron as they attended LGBTQ+ Pride Night at Dodger Stadium.

JoJo Siwa and Kylie Prew are showing off some PDA!

The young couple was spotted locking lips on the Kiss Cam during a Dodgers game at Dodger Stadium on Friday -- and it was absolutely adorable! 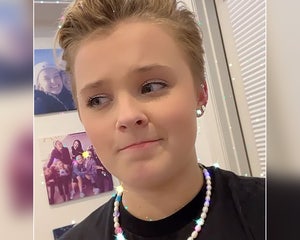 JoJo, 19, and her girlfriend attended the 9th Annual LGBTQ+ Pride Night at the MLB stadium, and were joined by Gigi Gorgeous and her spouse, Nats Getty.

On Friday night, Gigi, 30, shared a video of herself and Nats, along with JoJo and Kylie, getting caught on the Kiss Cam during the Los Angeles Dodgers - New York Mets game.

As shown in the clip, which Gigi posted on Instagram, the couples smile as they spot themselves on Kiss Cam and then both went on to share a short, yet sweet makeout sesh with their significant others.

"caught on kiss cam with @itsjojosiwa oopsies🙈📸💋," Gigi captioned the post, below.

At the LGBTQ+ Pride Night, JoJo and Kylie both rocked white Dodgers jerseys, with Kylie sporting what appeared to be a special Pride jersey that included a rainbow Dodgers logo on the front and rainbow 22 on the back. Meanwhile, JoJo's outfit also featured some rainbow as well as the "Dance Moms" alum rocked white socks with the word "GAY" repeated in rainbow colors on them.

This comes almost exactly a month after JoJo confirmed that she and Kylie had rekindled their relationship.

On May 5, the "So You Think You Can Dance" judge posted photos to social media from a trip to Disney World with Kylie. Alongside the two shots of the couple, including one of JoJo kissing Kylie's cheek, JoJo wrote, "If you love something let it go, if it comes back….🤍♾."

The YouTuber came out as part of the LGBTQ community in January 2021. Shortly after, JoJo went public with her romance with Kylie.

However, in November 2021, JoJo confirmed rumors that she and Kylie had split.

Fortunately, it looks like the couple is now back and better than ever. 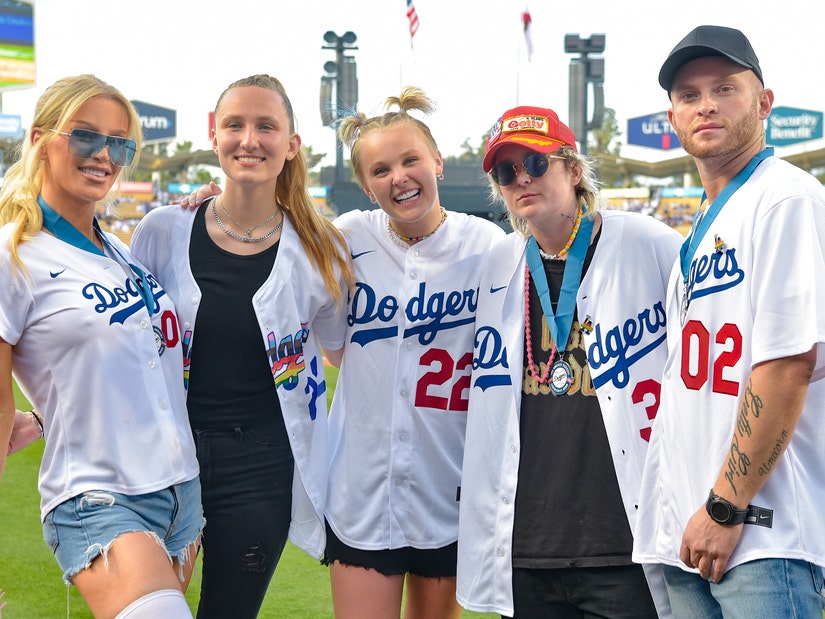