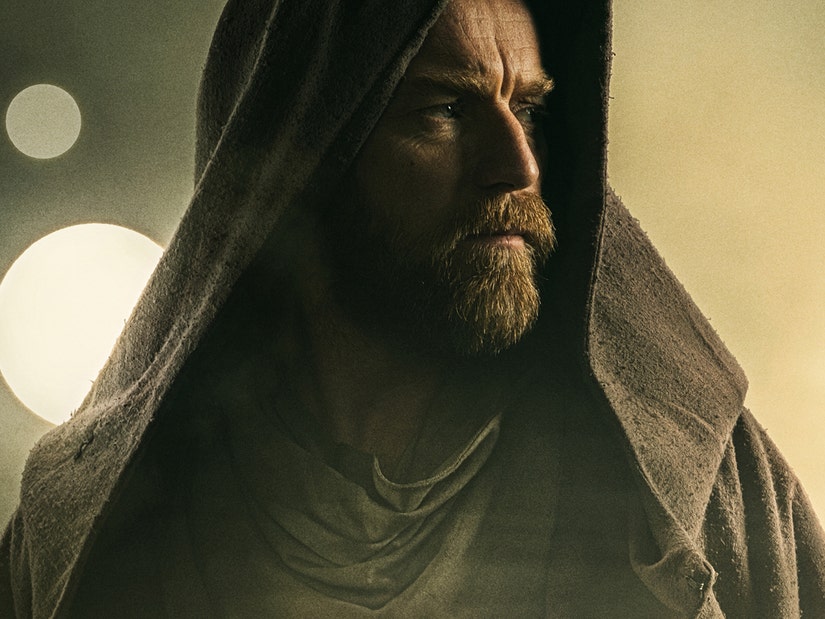 The galaxy far, far away is expanding!

Over the past few years, there's certainly been no shortage of Star Wars content -- and fans are about to get a whole lot more.

Following the release of "The Book of Boba Fett" and "Obi-Wan Kenobi", Lucasfilm has even more in store, from feature films to animated series.

Here's what Star Wars fans can expect to see soon…

Set five years before Rogue One, the upcoming Star Wars: Andor series follows the journey of Cassian Andor in the early days of the rebellion. As he seeks to discover the difference he can make, other people and planets become involved in the fight to restore hope to a galaxy in the grip of a ruthless Empire. Diego Luna is set to reprise his role across 12 episodes as well as Genevieve O'Reilly, Forest Whitaker and Alan Tudyk.

Star Wars: Tales of the Jedi

Animated anthology series Star Wars: Tales of the Jedi will focus on characters from the Prequel era, including Ahsoka Tano and Count Dooku, who will each get three episodes dedicated to three distinct eras of their lives. Qui-Gon Jinn will also be featured in the series and Liam Neeson is set to return to voice the fan favorite character.

The second season of Star Wars: The Bad Batch is set to premiere later this year with new episodes picking up some time after last year’s finale. The elite squad of defective clones will face a new Era during the upcoming season, as Clone Force 99 set out to help those who need it most.

The new season of The Mandalorian will pick up following the reunion between Din Djarin and Grogu, aka Baby Yoda, as seen at the end of The Book of Boba Fett. As they embark on a journey of redemption, they end up on Mandalore, the home planet of the Mandalorians, where they seek to reclaim Mando's honor after being shunned and excommunicated for removing his helmet. Pedro Pascal has confirmed his return for the new season.

The recently announced Young Jedi Adventures will take place during the prosperous times of The High Republic Era, centuries before the Skywalkers. The animated series, aimed at a younger audience, will follow Jedi initiates during their years of training.

In the second season of Star Wars: Visions, fans will get another batch of standalone episodes from Japanese animation studios. While the shorts don’t have any link to official canon, it gives creators the freedom to bring stories to life without constrictions of chronology or other events of the canon.

Not much is known about Taika Waititi’s Star Wars movie but it may be coming sooner than fans think. In 2021, Taika said that he was still in the early stages of writing the script after mapping out a story, but Kathleen Kennedy recently revealed that the film would be the next Star Wars major motion picture released by Disney, most likely in late 2023.

After initially being introduced during Chapter 13 of The Mandalorian, Ahsoka Tano will return in her own limited live-action series next year. The series is expected to take place in the time between the fall of the Empire and the rise of the First Order and will follow Ahsoka on her hunt for Grand Admiral Thrawn, as teased on The Mandalorian. Rosario Dawson is set to star in the show and Hayden Christensen will reportedly appear as Anakin Skywalker.

The first season of Star Wars Skeleton Crew, formerly known as Grammar Rodeo, is set to premiere in 2023. Starring Jude Law and a cast of youngsters, the show is set to take place during the same timeline as The Mandalorian.

Star Wars: The Acolyte will mark the first live-action series set in the High Republic Era, during the final years of its prosperity. Over a century before the events of the prequels, the show will chronicle the galaxy as dark side powers begin to emerge.

A series revolving around Lando Calrissian is in development with Disney but has not yet moved forward due to star Donald Glover’s busy schedule. It’s unknown when filming will begin.

“He's the one that holds all the cards here. But there's no movement. I will say that honestly. But it's not for lack of trying. It's just that he's a very busy guy. ... He's got another series, and I think one other thing, and then he'll come our way. So, patiently waiting,” Lucasfilm president Kathleen Kennedy said.

Star Wars: Rogue Squadron will introduce a new generation of starfighter pilots, moving into a future era of the galaxy. The Patty Jenkins directed project was originally set to be released in 2023 but has been indefinitely pushed back.

"Rogue Squadron…we kind of pushed off to the side for the moment. Patty is developing the script further,” Kathleen Kennedy told Vanity Fair.

In 2019, it was announced that Kevin Feige could potentially be producing a Star Wars flick, but no further updates have been made. According to Kathleen Kennedy, nothing is in the works yet.

“I would love to see what movie he might come up with. But right now, no, there isn’t anything specifically [planned],” Kathleen said to Vanity Fair.

In 2020, it was reported that a new Star Wars feature film was in the works with Sleight writer-director J.D. Dillard and Luke Cage writer Matt Owens. No further updates have been made.

While Rian Johnson was once confirmed to create a trio of films for the Star Wars universe, it’s currently on the backburner. Kathleen Kennedy recently explained it most likely won’t be a trilogy either, as Lucasfilm is no longer focused on telling stories in groups of three.

“Rian has been unbelievably busy with ‘Knives Out’ and the deal that he made at Netflix for multiple movies. I hesitate to use the word trilogies anymore because ‘Star Wars’ is much more about persistent storytelling,” Kathleen told Vanity Fair.