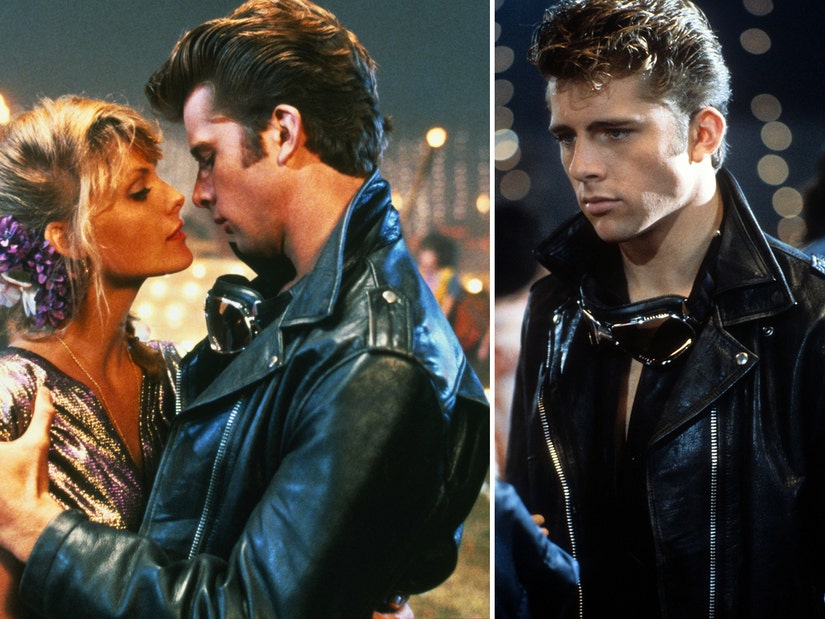 The cast and crew fully believed the hype for the sequel, which crashed and burned at the box office before eventually becoming a cult classic.

The Summer of 1982 was major for film buffs, thanks to the release of some huge classics that stand up to this day. But lost in the shuffle of movies like "E.T. the Extra-Terrestrial," "Star Trek II: The Wrath of Khan," "Rocky III" and "Poltergeist" was a sequel that should have been a home run: "Grease 2."

Released just four years after the John Travolta and Olivia Newton-John smash hit pulled in $132 million at the box office against a $6 million budget, Paramount was hoping for a repeat haul with the sequel -- which introduced a new group of T-Birds and Pink Ladies at Rydell High. In a gender-swap of the original, Michelle Pfeiffer's rebellious Pink Lady Stephanie Zinone filled the Danny Zuko-sized hole in the film. Maxwell Caulfield, meanwhile, played Sandy's bookish English cousin -- who winds up disguising himself as a "Cool Rider" motorcycle daredevil to impress Stephanie.

Hijinks -- and songs about reproduction, bowling and sex -- ensue, before it all once again comes to a close with a school luau that sets everything straight. 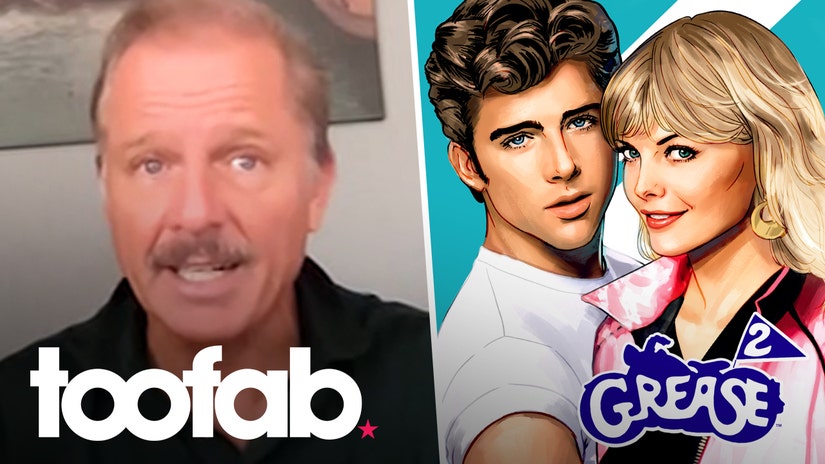 While Paramount went all in on the film, throwing big premieres on both coasts and hyping up its young stars as the "next" Travolta and Newton-John in the press, the movie bombed ... hard. Opening against the giants mentioned above, it pulled in only $4.6 million that first weekend. It would only gross $15 million total in its initial release, against an $11.2 million budget ... and dashed Caulfield's film career launch in the process.

Speaking with TooFab ahead of the film's 40th anniversary and its Limited-Edition Blu-ray SteelBook re-release from Paramount Home Entertainment, Caulfield was asked whether the cast and crew ever had any inkling they had a flop on their hands -- or if they were all-in on the hype.

"Oh no, we were believing it right up until opening weekend," he said, before describing how the cast even performed with the Four Tops at the movie's New York premiere, before a second opening at the Cinerama Dome in Hollywood.

"The film got rush release, we only finished shooting it in February and this is a musical, which means there was mixing of the soundtrack, and we opened on Memorial Weekend 1982. That's literally 2 months later, the film opened," he said, explaining the fast-tracked production cycle. "We had no idea that the film was going to formally open a couple weeks later and open opposite E.T."

Of course, Caulfield can't be too bitter about losing the weekend to Drew Barrymore and an alien who just wants to phone home, as he and wife Juliet Mills even went to see the Steven Spielberg movie themselves when it was released.

"My wife and I, were on line for that very first Friday screening of E.T. We couldn't wait to see E.T." he said with a laugh. "We were sitting there tossing back Reese's Pieces, we had no idea this creature was going to eat our lunch."

E.T. wasn't the only one who beat them though, as the film opened in fifth place, behind the other juggernauts mentioned at the top of this post.

"We were all a bit let down by it," Caulfield says of the movie's underwhelming box office, which also put a big dent In his film prospects. "I didn't work for practically two years, I was stone cold dead in Hollywood."

"I had a three picture deal going into that movie with Paramount and it died a death. I owed Paramount 2 more movies," he explained. "They'd given me this huge break and so they wanted to stitch me up for two more movies of their choosing as long as they wanted to make them. But because the film was so rush released, the film came and went and they didn't exercise their option."

"The other thing I equate it with is getting into a night club, getting past the velvet ropes and then you just gotta just try and stay in the night club and not get thrown out the fire exit," he joked.

Eventually, he and costar Adrian Zmed "both bounced into TV," with Zmed landing "TJ Hooker," while Caulfield scored a gig as Miles Colby on both "Dynasty" and its spinoff "The Colbys" ... which, "funnily enough," filmed right back on the Paramount lot. Pfeiffer's career, meanwhile, barely faltered.

"She never looked back. Michelle rose like a phoenix," said Caulfield. "She showed up in Scarface [which was released just one year after 'Grease 2'], she took off like a fabulous phoenix."

While "Grease 2" wasn't fully appreciated upon its release, it found a second life thanks to home video and syndication on television and, over the years, amassed a really solid cult following. Clearly, Paramount sees the fans are there, since they're re-releasing it for its big, 40th anniversary.

"The reality of this film enduring and seemingly only becoming more appreciated with time is, I must say, very gratifying. It's almost a little bit of vindication, frankly," said Caulfield. "The film did crash and burn at the box office and for some reason there's been an odd level of derision. People just love to slate 'Grease 2' and I was like, 'What's the problem with this fun?'"

"It was a helluva lot of fun to make and I think it's very apparent up on the screen. And yet, at the same time, we were telling a really good story too, it's a really cool story," he continued. "I've always said, public relations and press is what makes or breaks you. So people now who are in a position of influence or have followings or are driving interaction on the internet, the fact that you guys are championing the film is kind of cool. I'll happily be the éminence grise, I'll play the old man. I'll come out like the Wizard of Oz, behind the curtain."

Of course, "Grease 2" isn't the only cult classic on Caulfield's resume. Years later, he also played an aging rocker in 1995's criminally-underrated "Empire Records" -- a film which now goes viral every year on April 8, Rex Manning Day, the day his character visited the titular record store.

Saying that movie too "died a hideous death" in theaters, Caulfield added, "Nobody came out and supported the movie, the film wasn't marketed well or promoted well and it's very expensive to keep a film out there hoping it'll find its audience. Thank god for cable TV, that's all I can say and video."

While he's had more commercially successful roles, its these two cult classics that he still gets the most notoriety for, he tells ToFab -- cracking, "They'll probably be on my tombstone, 'Here lies Rex Manning.'"

With Paramount+ prepping a "Grease" prequel series, "Rise of the Pink Ladies," we ended our chat with Caulfield on whether he had any advice to anyone else brave enough to step into the long shadow of the original film -- and, once again, it all came down to hype.

"I think a lot of young people these days realize they have to be very professional, not let it go to their head and just concentrate on the work, just let the work speak for itself," he cautioned. "Don't believe your own press, don't project too far ahead -- by all means visualize wonderful things, but don't expect things."

"I wanted to believe it and I was very lucky, keeping your imagination alive is the key to it all," he continued. "Don't be too downhearted, keep the dream live, whatever that dream is, hold onto it, no matter what you have to endure."