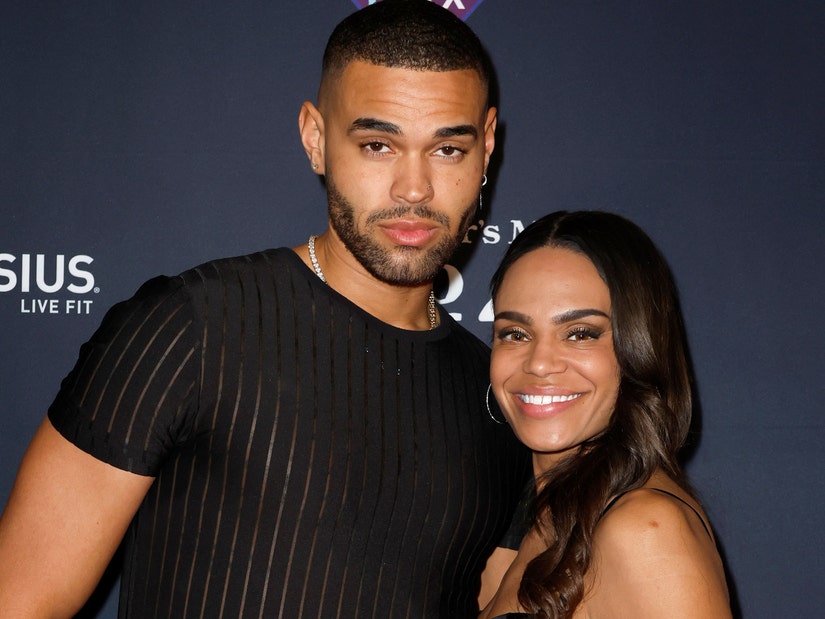 "I stand with him in knowing the heaviness that is present in both of our hearts as this relationship has been very real for us," wrote Young, who said she is "deeply hurting."

Six months after they got engaged on the Season 18 finale of "The Bachelorette," Michelle Young and Nayte Olukoya have called it quits.

On Friday, the now-exes both shared statements to their Instagram Stories, in which they revealed the sad news of their split and also reflected on their romance.

In her post, Young, 28, began by pointing out that "having a relationship in the public eye has not been easy," before announcing that she and Olukoya have ended their engagement.

"I'm struggling to say that Nayte and I will be going our separate ways, but I stand with him in knowing the heaviness that is present in both of our hearts as this relationship has been very real for us," she wrote.

The reality star continued by directing a message at Olukoya, writing, "To you, Nayte, you quickly became my best friend and the love I have for you is incredibly strong. I will never stop wanting to see you succeed."

Concluding her post, Young explained, "I will always acknowledge and appreciate the adventures, support, and growth both Nayte and this experience have brought me. At the same time, I'm deeply hurting and will need time and space to work through this heartbreak." 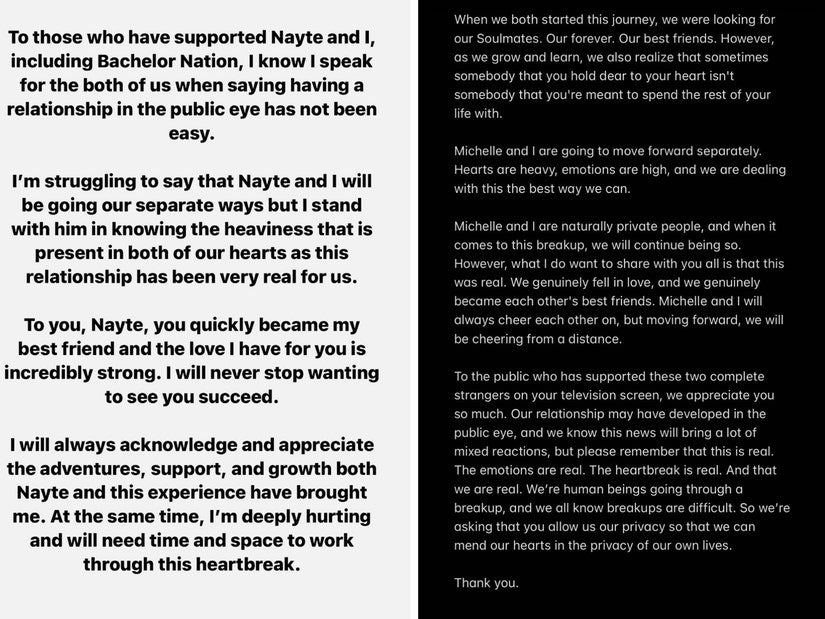 "When we both started this journey, we were looking for our Soulmates. Our forever. Our best friends," began Olukoya, 27. "However, as we grow and learn, we also realize that sometimes somebody that you hold dear to your heart isn't somebody that you're meant to spend the rest of your life with."

"Michelle and I are going to move forward separately," he continued. "Hearts are heavy, emotions are high, and we are dealing with this the best way we can."

Olukoya added that he and Young are "naturally private people," and plan to "continue being so" as it pertains to their split.

He went on to stress that their romance "was real," saying, "We genuinely fell in love, and we genuinely became each other's best friends."

"Michelle and I will always cheer each other on, but moving forward, we will be cheering from a distance," he wrote.

Olukoya ended his statement by asking his followers to "allow" him and Young their privacy.

"Our relationship may have developed in the public eye, and we know this news will bring a lot of mixed reactions, but please remember that this is real," he concluded. "The emotions are real. The heartbreak is real. And that we are real. We're human beings going through a breakup, and we all know breakups are difficult. So we're asking that you allow us our privacy so that we can mend our hearts in the privacy of our own lives."

See both Young and Olukoya's posts in full, above.

Late last month, Young denied rumors that she and Olukoya had broken up. The rumors came after she was seen not wearing her engagement ring.

"There is a video circulating of me on a rooftop this weekend and I'm not wearing my engagement ring," she shared on her Instagram Stories in May, per PEOPLE. "And what I will have to say is to the person who is paying close enough attention to catch that moment, you also had to be paying close enough attention to see one of my friends briefly remove my engagement ring to try it on and then place it back on my finger."

"Just a friendly reminder that Nayte and I, we are human beings -- not a zoo exhibit," she said.

Young and Olukoya became engaged in September 2021, with the proposal going down during the Season 18 finale of "The Bachelorette," which aired in December 2021.