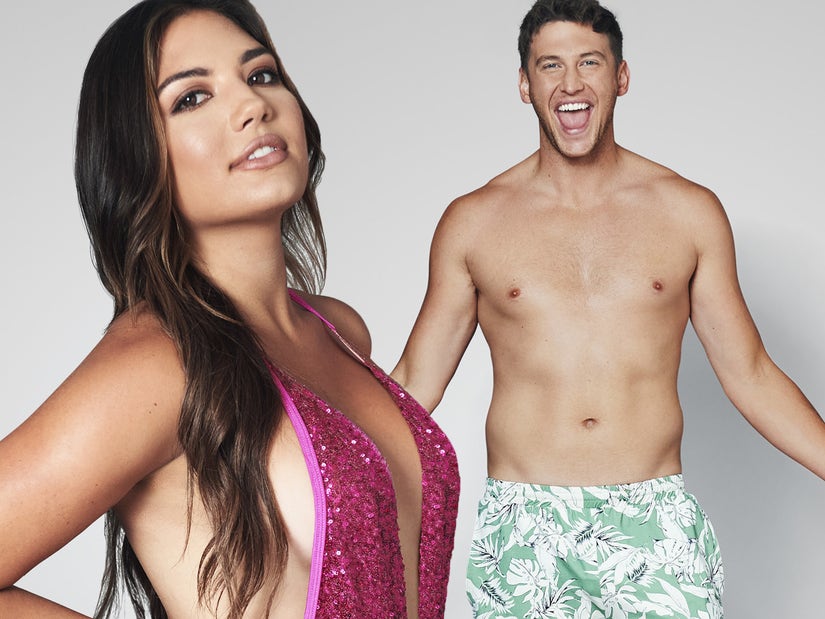 "I went into the show like, no way, I don't want to meet anybody," says Blake, "and then pretty early on I was like, 'Ruh roh.'"

"Love Is Blind" star Giannina Gibelli and "The Bachelorette" and "Bachelor In Paradise" alum Blake Horstmann are no strangers to finding love on reality TV -- but when they signed up for "All Star Shore," that's not what they were looking for this time around.

In the end, however, romance found them -- and, after meeting on the Paramount+ reality series in December 2021, it's still very much "game on" for the couple.

Horstmann first appeared on Becca Kufrin's season of "The Bachelorette" in 2018, on which he was the runner-up. He then appeared on the sixth season of "Bachelor In Paradise" in 2019, but quit the show after he was exposed for pursuing multiple women in the cast before filming. Gibelli, meanwhile, was on the first season of "Love Is Blind" in 2020 -- where she got dumped at the altar by Damian Powers, before then reuniting with him and ultimately splitting for good in early 2021. 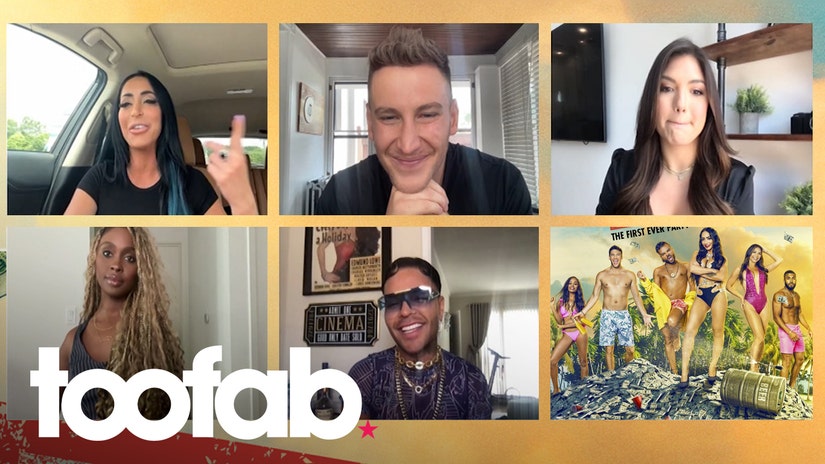 "I was not expecting the show to have any sort of romance involved," Giannina told TooFab of "All Star Shore" when we caught up with her and Blake ahead of the premiere.

"I was very happy in where I was. I was very fulfilled being by myself and I'd gone through a lot of healing and I was in such a good place," she continued. "It's such a cliche, it literally comes when you least expect it and I'll leave it at that. I'm super happy that I went on the show, it's the best decision I ever made."

The series is a reality competition program on which the stars from shows including "Jersey Shore," "RuPaul's Drag Race," "Geordie Shore," "Love Is Blind," "Bachelor In Paradise," "Acapulco Shore" and "Rio Shore" battle it out in the Canary Islands "for a cash prize and global bragging rights."

"I was the same way. I went into the show like, no way, I don't want to meet anybody, I want to compete and have fun," Blake told TooFab. "I don't want that side of things and then pretty early on I was like, 'Ruh roh.'"

"I'm glad it happened that way and I wouldn't have -- kinda like what G said -- I wouldn't have gone into the show if I wasn't at a good place in my life and feel like I could go into that environment again and be on TV again," he added. "It was right time and it all worked out. I'm so glad I did the show and everything."

Blake also said the nature of the show also made it "primed" for love connections.

"The competition aspect ... the adrenaline rush and you're in a good mood when you win, that also plays in. Then you mix the tequila in," he said with a laugh. "The environment was really interesting and primed for a lot of relationships and hookups and things like that."