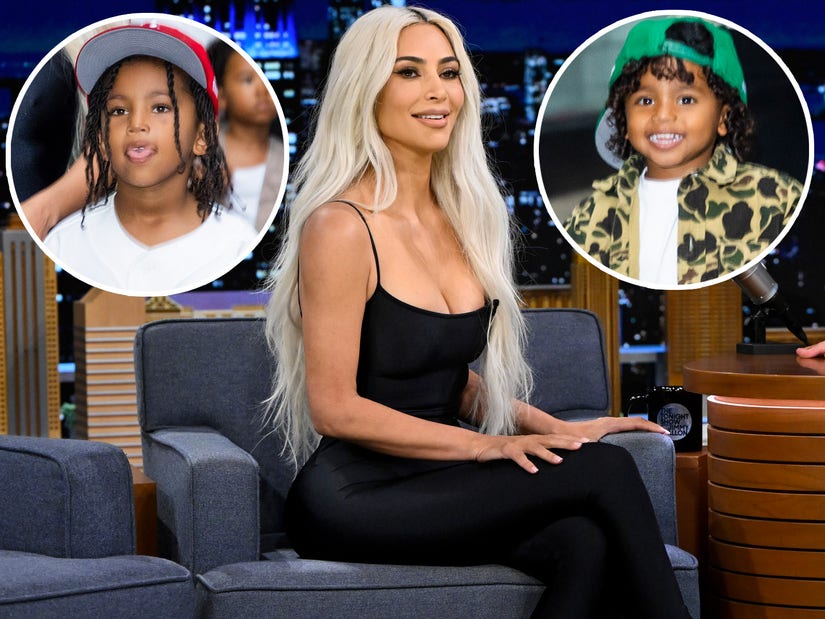 "Guys, can you stop? This is, like, your first time at work with me. Can you please?"

Kim Kardashian was trying to promote her new line of skincare SKKN when her kids decided to steal the spotlight.

During an appearance on "The Tonight Show Starring Jimmy Fallon," the SKIMS mogul was on a roll talking about her new venture when things were slightly derailed.

Here's how it went down. First Kim shared the packaging for her brand new line, when Fallon asked if her boyfriend Pete Davidson had put any input into the product's design.

The 41-year-old reality star also shared that their passion for maintaining healthy skin was responsible for an epiphany about their relationship.

While sharing her sweet anecdotes, Kardashian went full "mom mode" when she had to reprimand two little audience members who were acting up during her interview. 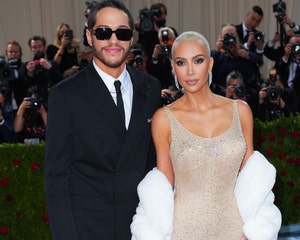 The rowdy audience members were her two sons, Saint and Psalm West who started to get a little restless in the crowd and began making a few loud noises.

"I'm hearing kids," Fallon noticed distractedly and Kim whipped around to scold her children. "Guys, can you stop? This is, like, your first time at work with me. Can you please?"

Although the other audience members laughed at her cute kids, Kim was not amused with their behavior.

Despite her first warning, it seemed that the kids had become bored and fidgety from following their mother to work all day and Psalm was ushered backstage after a second reprimand.

"Guys, seriously. You got to... you got to go," Kardashian halted her interview and her 3-year-old was whisked away.

It wasn't the first time the two boys slightly derailed her attempts at promotion that day, earlier Kim had attempted to get Psalm to say hello to her 319 million followers on Instagram live.

As Psalm sweetly greeted his mother's followers, Saint rudely interrupted by climbing up from the back seat of the car and yelling "Hi weirdos, if you're watching this I hate you," with his tongue out.

The TV personality was startled by the 7-year-old's behavior, saying, "Hey stop it! Look what you are teaching him."

Apologetically, Saint tried to smooth things over by giving his little brother a hug and repeatedly telling the camera, "This is a good boy."