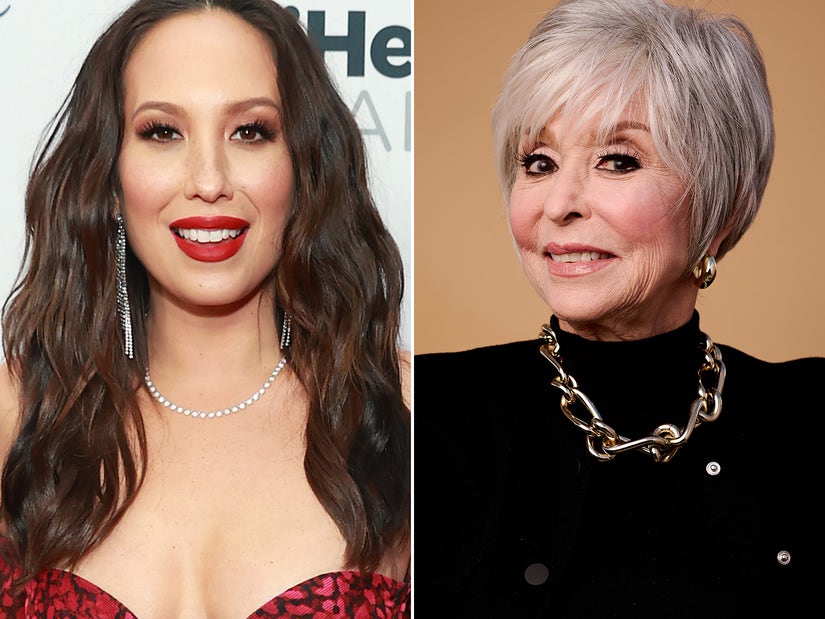 Burke says she was practicing safe sex when she got pregnant at 18, while Moreno shared how things went horribly wrong when she got hers before the 1973 ruling.

Before the full impact of the Supreme Court overturning the landmark 1973 Roe v Wade ruling has even begun to be realized, some women are coming forward with their own abortion stories.

Two such women explore the potential ramifications of abortion bans at the state level by sharing their own unique experiences. For "Dancing with the Stars" pro Cheryl Burke, her story takes place 20 years ago and after practicing safe sex and using contraception.

Meanwhile, legendary actress Rita Moreno's story takes place in the world we're all about to step into, as she faced the difficult decision to terminate her pregnancy with Marlon Brando's child long before Roe v Wade legalized it.

Burke took to her Instagram on Friday with an impassioned video shortly after the ruling came down, sharing the story of how she found herself a pregnant teenager even after following steps to avoid just that.

"If it wasn't for places like Planned Parenthood, I would be a mother and I wouldn't have been a great mother and I definitely wouldn't be sitting here with you today," she told her followers in the clip.

"I was practicing safe sex. I was using protection and I was on birth control and s--- happens," she said. She recalled protesters outside Planned Parenthood adding to the already traumatic experience.

Ultimately, she said she's happy with her decision, even as "it's nobody's business." She added, "I have no regrets, there's no shame behind it."

She vehemently condemned the high court ruling, saying, "You're taking away women's rights, our bodies, our freedom. Our bodies have nothing to do with anybody else, right? This is a decision that we need to make."

Moreno admitted to Variety on Friday that she's "frightened" after this latest ruling leading to restricted reproductive rights for women in several states already.

While the 90-year-old Oscar winner didn't specify exactly when she had her procedure, it was well before 1973. She also admitted that she was extremely lucky, as Brando found "a real doctor ... as opposed to something in a back alley."

Nevertheless, there were complications, as she began to bleed after returning home. She explained that the doctor hadn't completed the procedure properly, leaving the fetus inside of her.

"Marlon took me to the hospital. I had what they told me was a ‘disturbed pregnancy," Moreno told Variety. "I didn’t know it then, but I could have died. What a mess. What a dreadful mess."

It's not the first time Moreno has opened up about the harrowing experience, having first discussed it in her 2011 book "Rita Moreno: A Memoir," as well as a documentary on her life ten years later. Now, though, with legal abortions becoming restricted, her story gains new resonance.

"I can see that thing happening now and going back to back alleys," Morena said. "I’m really nervous and frightened and horrified that this is taking place."

She lashed out at the ruling, recalling how "jubilant" she was when Roe v Wade first passed. Now, she's "depressed."

"I can’t believe that some of those people are telling us what to do with our bodies," she said, crediting Hillary Clinton with warning that this would happen. "I’m not shocked because I saw it coming but I’m stunned."

She then said that the ruling has "reactivated" activists like herself, who she said "are going to have to get busy."

"I think about the young girls. Taking it to the most extreme, girls who get pregnant because of rape or incest," she said. "Unfair isn't a strong enough word, but it's unfair."