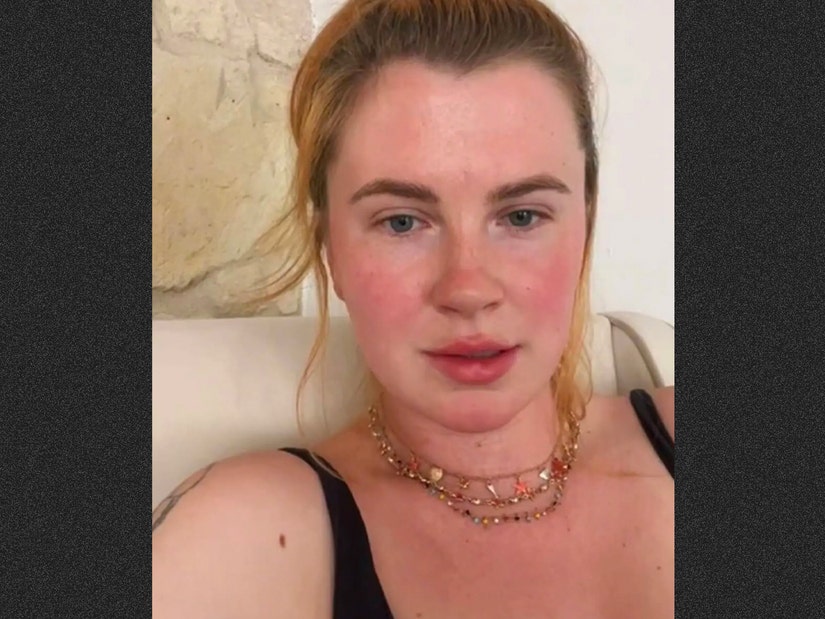 "I chose me and I would choose me again. It's your life, it's your choice."

Ireland Baldwin is reacting to the Supreme Court's decision to overturn Roe v. Wade by revealing her own abortion procedure she underwent as a teen and recounted surviving rape on a separate incident.

Last Friday, the Supreme Court overturned the landmark case of Roe v. Wade after its conservative majority voted to eliminate nearly five decades of precedent that allowed women the constitutional right to an abortion.

Now, states in mainly the South and Midwest are expected to ban access to safe abortions.

The 26-year-old model shared her deeply personal experience in light of the Supreme Court's bombshell ruling, posting her story to TikTok, Baldwin revealed she had gotten an abortion after getting pregnant in an "unhappy" relationship.

She also said she had "spiraled" after being sexually assaulted, in a separate incident, near the time of her pregnancy, which fueled her decision to have the procedure.

"I was raped when I was a teenager and I was completely unconscious when it happened and it changed the course of the rest of my life," Baldwin said. "I never told anyone at the time, not for years. The only person who knew was a nurse that treated me shortly after."

Ireland said that she had kept her trauma from her boyfriend and her family, "I kept that secret inside of me for years, and because I did, it caused a lot of hurt and a lot of pain to me and to people I love."

"I harbored so much pain and so much guilt for so long and I spiraled. I lost control of my life. I drank a lot more, I partied a lot more, I self-medicated, I was in other abusive and toxic relationships and friendships. I pretty much just did everything I could to distract myself."

She continued, "Seeing so many other brave women share their stories got me thinking what my life would have been like if I had become pregnant and if I had to raise a baby during everything I was going through at the time."

Baldwin noted that as a woman who came from a position of privilege, she had "access to the medical resources, money and support that a lot of women do not have access to." She added that going through the experience without these resources would have "been traumatizing and impossible."

Fast forwarding to another point in her life, Baldwin said that "when I did have a boyfriend and I did become pregnant" it was clear the relationship was not right.

"At that point in time, I would say that we were very unhappy together and he made it pretty clear that he never wanted kids or marriage. He barely wanted to be in a serious relationship," she recalled.

"I chose to get an abortion because I know exactly what it felt like to be born between two people who hated each other," she said clearly referencing her famous parents, Alec Baldwin and Kim Basinger, and their very public fallout.

"Could I have had that baby and put that baby up for adoption?" Baldwin continued in her video. "Maybe, maybe not. But choosing to raise a baby without my own financial security, without a loving and supportive partner. That wasn't going to work for me. I chose me and I would choose me again. It's your life, it's your choice."