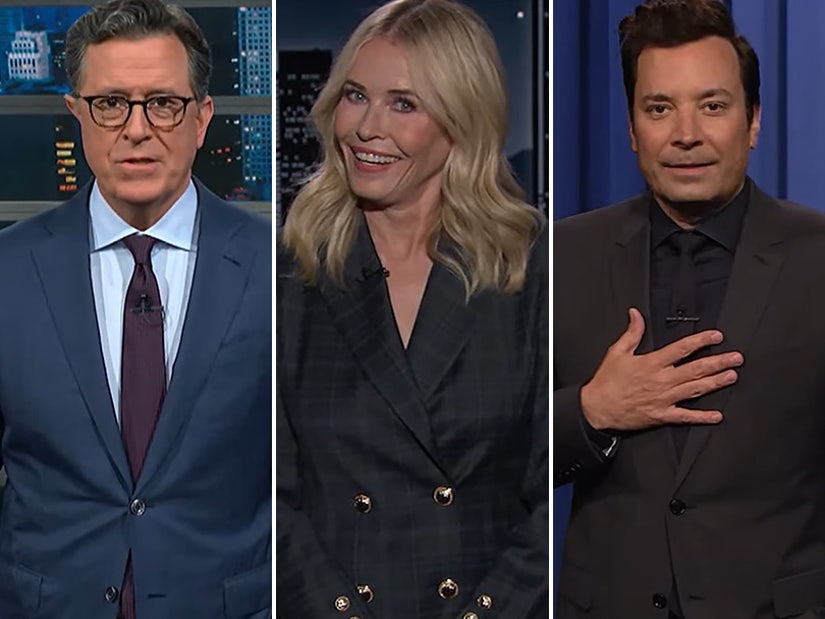 After a long weekend of outrage and protests following the Supreme Court's decision to strip away the national right to an abortion, sending it back down to the states to decide, late-night television responded on Monday.

It was perhaps prescient that this was the week that Chelsea Handler was scheduled to fill in for a vacationing Jimmy Kimmel considering late-night television is once again a boys club. 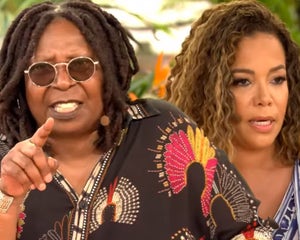 The View Fired Up Over Roe v. Wade Being Overturned In First Live Episode Since Ruling

Seth Meyers, who has had an ongoing segment on his show where he lets two of his female writers tell jokes that he, as a white man, shouldn't tell, again turned over his stage to some of his female writers (and the CEO of Planned Parenthood) -- but not until he emphasized that this is an issue men should also care about.

Jimmy Fallon, Trevor Noah and Stephen Colbert managed to weave jokes into their monologues about the expected but still shocking development, while James Corden took a more serious approach.

The "Late Late Show" host was already set to film this week's shows in his hometown of London, and so he started his broadcast with a special message from in front of the Houses of Parliament. His was perhaps the most impassioned and impactful, while also showing how much easier it is to strip rights from Americans than UK citizens. 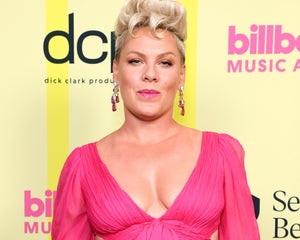 James Corden started his show with a quick breakdown of how the United Kingdom legalized abortion for its people back in 1967. He then broke down just how many people, elected and appointed officials, it would take to strip that right away -- a number nearing 800.

"So that's nearly 800 people who would all have to agree before the fundamental rights of half the population would be endangered in the United Kingdom," Corden said.

He then turned his attention to what just happened in the United States, saying he feels "utter disgust and anger over the news from the Supreme Court where six politically appointed judges can make a decision that ends the Constitutional right to abortion across America."

"A woman’s right to choose what happens to her own body wiped out in a moment," he continued. "In the land of the American dream, the land of the free, a country which prides itself on the protection of an individual’s liberties, we move instantly back into a Dark Age where a core has imposed the minority political view on a country for decades to come with a decision that endangers millions upon millions of women and their families."

He concluded his thoughts with a common refrain that's become part of this narrative, as the overturning of Roe v Wade came shortly after the Supreme Court loosened restrictions on acquiring conceal carry permits in New York.

"If only the American leaders on the Right would care and fight as much for the rights of women as they do their guns," lamented Corden. 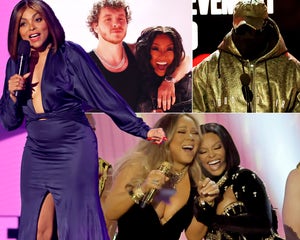 As he's done several times already when issues and topics feel best suited to be addressed by those centrally impacted, Seth Meyers turned his show over to three of his writers, Amber Ruffin, Jenny Hagel and Ally Hord.

But before he did that, he emphasized to his viewers that men need to be aware that this isn't just a woman's issue, even if it is disproportionately affecting them.

"We all benefit from reproductive freedom and from access to legal and safe abortions," he insisted. "I think it’s possible that men hear ‘My Body, My Choice’ and we take away the message that it’s not our issue to speak about, but it’s everyone’s job to advocate for reproductive rights."

Then, the trio of ladies welcomed Planned Parenthood CEO Alexis McGill Johnson to answer some basic questions about the Supreme Court ruling, its ramifications for women right now, and what people can do with their anger.

She talked about the fact that 26 states are looking to either outright ban or restrict access to abortions, with some of those laws already coming into play. That leaves 24 states to pick up the slack -- at least until states are allowed to restrict people's freedom to travel from one state to another.

"24 states can’t absorb the nation’s care, so we’re looking at a health care crisis coming upon us," Johnson told the women. She also echoed and appreciated Meyers speaking out that men need to be just as involved in this issue. 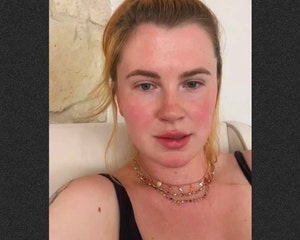 With a Constitutional right being lost, Noah was quick to insist that the Constitution didn't change. "The only thing that changed is that Donald Trump, of all people, managed to appoint three pro-life Justices to the Supreme Court," he said. "Judges who, by the way, went on and on in their confirmation hearings about he much they respect the important precedent of Roe v Wade."

He also noted that in Justice Clarence Thomas' statement where he suggested the Court also look into rulings regarding contraception, gay sex and same-sex marriage -- but nothing about interracial marriage. Thomas is married to a white woman.

"I guess apparently if something affects Clarence Thomas personally, he’s okay with it," Noah said. "Makes me think if we could somehow get him impregnated by a gay man all our problems would be solved."

He then criticized the official Democrat response, which included Nancy Pelosi again reading the same poem she read after January 6 and scheduling a meeting for next month.

"Why do Democrats do this? Not once have I seen Mitch McConnell come out and sing a song about how overwhelmed he is," Noah lamented. "They’re coming through with both too little and too late."

"I will be here all week long, or at least until Republicans make it illegal for women to talk," Chelsea Handler said, filling in for the vacationing Jimmy Kimmel.

The veteran late-night host was a welcome female voice in the conversation on this first full night of new shows after the landmark ruling, and another reminder that there's too much testosterone in late-night.

"Jimmy is off right now doing whatever the f--- he wants with his body," Handler continued, noting at one point, "At this point, I’d probably have more rights if my vagina was an AR-15."

She also took issue with the fact that Trump was able to appoint three pro-life Justices on the Supreme Court, setting the stage for what feels like an inevitable next step.

"It’s especially upsetting when you think about how we got here," she said. "Three of the Justices who supported the ruling were appointed by a man with over a dozen sexual assault allegations, who lost the popular vote twice, was impeached twice, and attempted a coup because he’s a little fat big baby loser."

She then showed a clip of Minority Leader Kevin McCarthy talking about how the GOP mission would be to save as many lives as possible through actions just like this should Republicans take the House and make him Majority Leader.

"Just so long as that life doesn’t need baby formula, affordable health care or a place to learn without getting shot," Handler shot back.

She then opened up a little about her own experiences, with it, sharing that she'd had three abortions when she was in high school. "And if that sounds too extreme, let’s pretend I had two," she joked.

Handler said that she was "responsible enough to know that we don’t need any more pothead, molly-loving, alcoholics running around topless," before ending her monologue with a series of proposed laws to control men's bodies.

"Reproductive rights in America lasted for less time than ‘The Young & the Restless,'" joked Stephen Colbert. "Jack Abbott’s evil twin is going to be so shocked when he comes out of his fifth coma."

He lamented that he'd used most of his best jokes when the leaked draft was first released a month ago, even offering a URL and QR code for anyone who wanted to go check out those timely quips.

He cracked a few jokes about this taking America back to "medieval times" or "very old times Roman" (it was a font joke), while marveling that the Supreme Court is actually taking bodily rights away from Americans, which is virtually unprecedented.

"Americans having their rights taken away is kind of like KFC changing their slogan from ‘We Do Chicken Right’ to ‘There Is No Constitutional Right to Chicken. It’s Finger Lickin’ Gone,'" he joked.

Colbert then talked about those states that had so-called "trigger" laws on the books, ready to be enacted as soon as Roe v Wade was overturned. This allowed them to have abortions outlawed within seconds of the ruling.

He also made sure to alleviate any confusion with the terminology. "'Trigger' because they go into effect immediately," he explained. "Not that they control guns. You can't take away a Constitutional right!"

As always, Fallon kept things a little lighter on his show, cracking jokes around the topic. "Let me just some up, they said whether it’s a gun or a baby, you’re carrying something," he quipped at the top of the show, referring to both the overturn of Roe v Wade and the ruling on New York's concealed carry law.

He even made an extremely lazy joke about President Biden's age when referencing Biden's comments that the Roe v Wade ruling is taking America back 150 years. Even as he was saying the setup, we could hear ourselves starting to groan.

Fallon then offered up a series of poll results, riffing off of the real poll conducted over the weekend that showed the majority of Americans do not agree with the ruling and believe it's a step back for America.