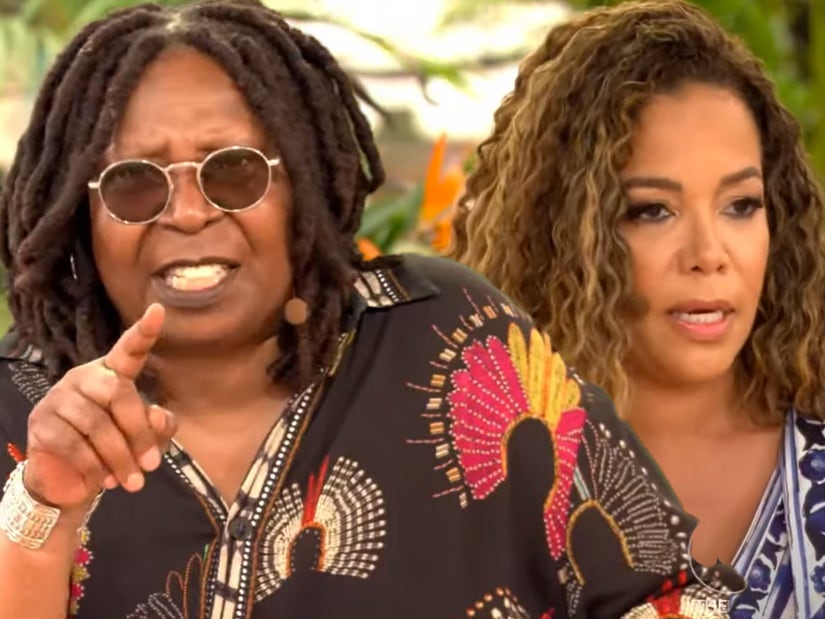 Whoopi called out Clarence Thomas, while Sunny -- who doesn't "believe in abortion at any time" -- also slammed the ruling.

While the women of "The View" clearly have different POVs when it comes to abortion, they all agreed on one thing: the Supreme Court has no place stripping anyone of the right to have one.

Monday's episode was their first live show since the court, on Friday, overturned Roe v. Wade, with a conservative majority ruling it's now up to the states to decide if they want to outlaw abortion -- as many states are primed to do just that.

As Whoopi Goldberg shared at the top of today's show, the cohosts were actually all on a flight to the Bahamas -- where they're filming in celebration of the show's 25th season -- when the news broke.

"We want to recognize right off the bat that not everyone agrees on this particular issue, but it is at its core about whether you have the right to make decisions about another person's reproductive choices, that's what this is about," she said, before her cohosts all basically echoed that sentiment.

"We were in the air, so it was not easy to jump out of the plane. It was a little bit shocking," said Joy Behar -- who noted that even though the plan was included in a leaked draft opinion back in May, she "never thought they would actually go through with it because it's insane."

"The court is basically saying it's time to welcome all this new life, yet we can shoot them with our newly available, completely unrestricted guns," added Sunny Hostin, pointing to the Supreme Court expanding gun protections earlier last week. "That conflict, it was sort of shocking to me and unbelievable that precedent doesn't seem to matter anymore."

While Ana Navarro said this decision will only lead to an influx of poor children, children up for adoption and more abused kids overall, Sara Haines said that the ruling wouldn't reduce abortions, just "safe abortions."

Goldberg then called out female governors wanting to be "a voice for the silent," as in fetuses which would be aborted. "Be a voice for the present," she said, referring to those who are pregnant.

"Be a voice for the ones you can also see and stop saying to people that this is a win for all women, because it's not," she continued. "Everybody doesn't agree, but we can all agree on one thing: You and your family have the right to decide what works for you and what works for your family."

Saying abortion is a decision which "no one makes with a smile on their face," she added the whole issue at hand is about having "the right to make the decision."

Following a break, Hostin wanted to make her stance on the issue crystal clear.

"I don't believe in abortion at any time. I don't believe in any exception to it," she said, as Sara asked if that included instances of incest. "No, I don't. And that's considered very radical for many people and it's because I'm Catholic and that's my faith."

"And the justices, there are 6 Catholics on the bench and there will be two Protestants and one person of Jewish faith," she continued. "This has always been a difficult discussion for me but what is not difficult for me is the fact that this is an activist Supreme Court and they should not be deciding the law based on their faith."

Hostin noted that while she agrees with Supreme Court Justice Samuel Alito when it comes to "the sanctity of life," she criticized him hard for "using his religion and wielding it as a cudgel" -- calling it "terrible."

Naravarro then told anyone who's against abortion to simply "not have one," while Haines said more consideration needs to be given to those who are pregnant and the "eventual baby" they wouldn't be able to support.

"I'm very pro-life, I've never been anti-life," said Goldberg as the conversation came to a close. "I don't want anybody coming into my house, telling me how to raise my daughter and what she needs because they don't know. I appreciate everybody's religion, but I do not subscribe to your religion. I don't ask you to subscribe to mine."

She finished the segment by then specifically addressing Justice Clarence Thomas -- who suggested the court "should reconsider" its rulings on both same-sex marriage and contraception in light of the Roe v. Wade reversal.

"You better hope they don't come for you Clarence and say you should not be married to your wife, who happens to be white," said Goldberg. "You better hope nobody says, you're not in the Constitution and you're back to be 1/4 of a person because that's not going to work either."