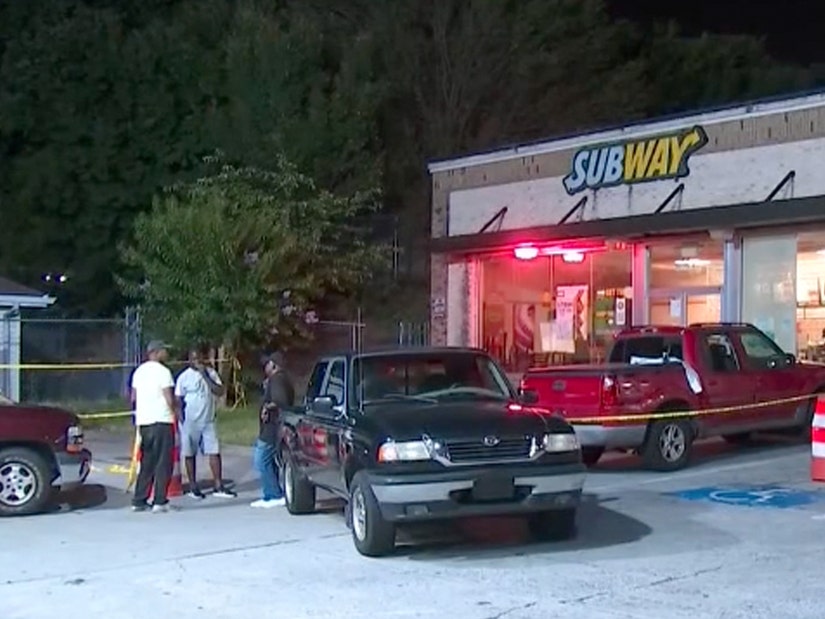 One Subway employee is dead and another injured after a shooting at an Atlanta location, allegedly sparked by the amount of mayonnaise on a sandwich.

On Sunday, a 36-year-old Georgia man was arrested for opening fire inside the restaurant, fatally wounding female employee Brittany Macon, 26, and critically injuring another worker, 24, in what the local police are calling a "very tragic situation." The injured employee's 5-year-old son was also there when the shooting occurred.

"We had a customer come in that was a little upset with how his sandwich was fixed," Willie Glenn, the owner of the restaurant, told 11Alive. "Believe it or not, it was over too much mayonnaise on his sandwich."

"He decided to escalate the situation and from there — that's when all hell broke loose,” he continued. "Because of what happened tonight, my partners and I are reevaluating whether or not we're going to continue to do this, in this neighborhood anyways."

"It just breaks my heart to know that someone has the audacity to point a weapon and shoot someone for as little as too much mayonnaise on a sandwich," he also told WSB-TV. "It's frustrating that we have a 26-year-old female who is no longer with us. It frustrates me that we had an individual with a firearm who decided that was the answer to resolve a conflict over a sandwich."

Per Fox 5, the manager of the establishment returned fire at the suspect -- whose name is not being released by police at this time -- but missed.

"What we know is that the suspect came inside the restaurant and ordered a sandwich and there was something wrong with the sandwich that made him so upset that he decided to take out his anger on two of the employees here," Atlanta Police Deputy Chief Charles Hampton Jr. confirmed during a press conference on Monday.

“A very senseless act. Someone armed with a handgun who could not resolve their conflict decided that that was the way to resolve it. And so now we have one female deceased and another recovering from the injuries," he continued -- stressing that he wants the focus to remain on the gun violence.

"Yes, it's a sandwich, but more importantly, someone failed to resolve a conflict by just walking away, having a conversation to just reorder a sandwich, [and] decided to take actions into his hands," he concluded, "and now we have families who are devastated."