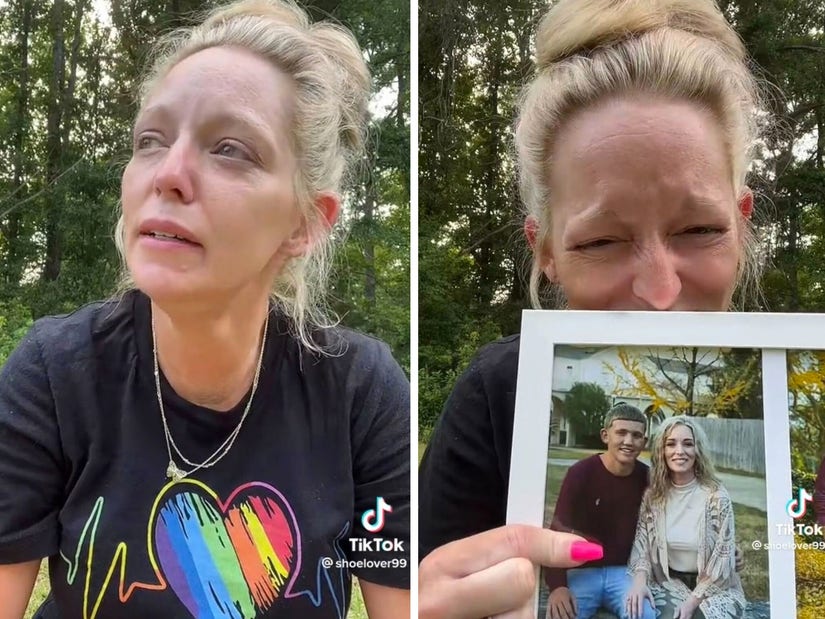 In a follow up video, "Mama Tot" said they've "found out a lot of stuff" about their son -- including him allegedly dealing drugs when he was shot

A TikTok star with more than 7.5 million followers pleaded with her fans for help tracking down her son's killers, after 18-year-old Randon Lee was shot to death last Friday in Prichard, Alabama.

Ophelia Nichols, who goes by "Mama Tot" on TikTok under the handle @shoelover99, posted an emotionally raw video to her account on Saturday, in which she was seen crying while revealing the devastating news to her fans.

"I'm doing this video for a reason, because I need y'alls help. I ain't never asked y'all for anything, but I need your help with this. There's almost 7 million people that follow me, somebody's gotta know something," she began, sobbing throughout the clip.

"Today would have been my baby's 19th birthday. But he was took from me last night, took from my children, my husband and my family. My son was murdered," she continued. "He was shot. And I have this hatred in my heart that I don't recognize, because I have never felt hate for anybody."

On Monday, Nichols shared another video, revealing that following Randon's death, her family had "found out a lot of stuff" about their son that "we just didn't know" before.

"You know when your children live out on their own and pay their own bills and they have a good job, it just don't cross your mind that they would be doing anything to get themselves in to trouble," she explained. "But we've been told that the detectives think that marijuana was being dealed and my son was meeting there and either they tried robbing or did rob him, but he was shot."

Saying that Randon "had a lot of trouble" after the death of his father, Nichols said everyone in the family believed he was "doing so good" recently. "We just had a birthday dinner for him and we's all telling him how proud we was of him. Just had no idea," she continued, saying he "comes from good people," but "sometimes that just don't matter."

While acknowledging her son's alleged drug dealing, she added that it "gives nobody the right to shoot my son." Nichols also said her son's killers had not yet been found.

During a press conference on Monday, Prichard Police Department Detective Jason Hadaway said that Randon was "selling narcotics" to two individuals who they had identified as suspects in the case. Per Hadaway, the suspects were seen in surveillance video getting inside Lee's vehicle at a gas station, before one shot was fired and the suspects left with a handgun.

Cops say Lee attempted to "try and escape the individuals" by driving his vehicle to another gas station across the street after being shot. Paramedics were called, but he died on the scene.

Hadaway said Lee was selling marijuana and found narcotics in his vehicle.

"We do know at this time that Mr. Lee did have a relationship as far as selling to different individuals," he added. "These two individuals had bought from him in the past."

When asked about Ophelia's social media following, Hadaway added, "This homicide is not more important than any homicide we’ve had in the city of Prichard or actually anywhere."

"I realize that Ms. Nichols has a TikTok following which is great, and all those followers could help by calling in if they have any information," he continued. "Any slight, minuscule information that we get is good to follow up on. It may lead to nothing, however, it may lead to something as well."