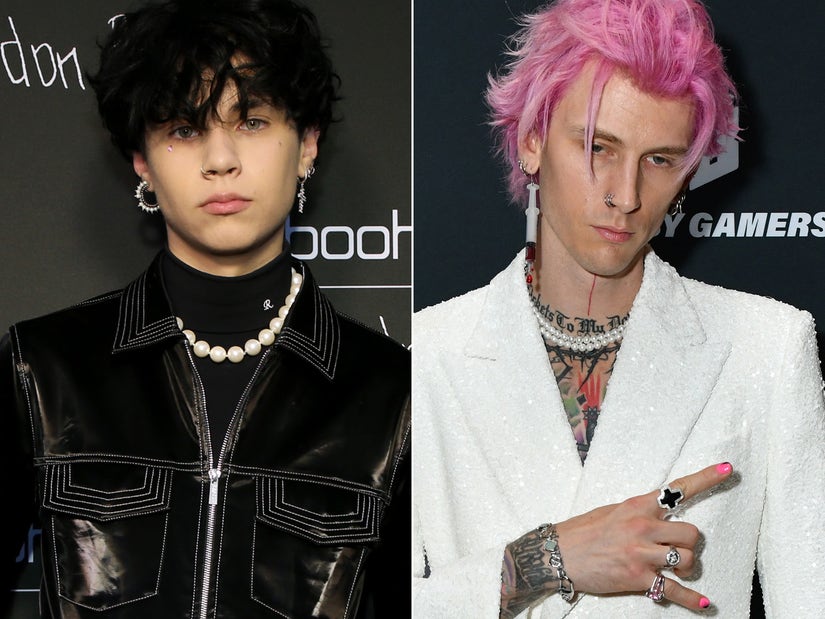 Travis Barker was hospitalized on Tuesday, though it is not yet clear why, with daughter Alabama asking for prayers on social media.

Tuesday is proving a whirlwind of emotions for the Barker family as Landon Barker followed the hospitalization of his father Travis earlier in the day on Tuesday with a surprise on-stage appearance alongside Machine Gun Kelly.

Landon, 18, hit the stage at Madison Square Garden to sing "Die in California" -- his collaboration with MGK -- as captured and shared by several fans on social media.

The track is an original written by Landon, who shared via Instagram back in March that he was writing it in the studio one day when MGK heard it, liked it, put a vocal down on it and the rest is history.

While Landon shared a couple of video clips of his big moment in New York to his Instagram Stories, he made no mention of the mystery ailment that saw his father Travis hospitalized earlier in the day.

"God help me," Travis posted to his own social media on Tuesday, seemingly amid the health crisis. It is unclear what the cryptic message meant.

Far more clear is what daughter Alabama, 16, shared to her Instagram Stories later in the day. After Travis' hospitalization, Alabama wrote, "Please send your prayers," with a worried/sad emoji, suggesting a level of seriousness to whatever is ailing her father.

According to TMZ, Travis was originally transported to West Hills Hospital with new wife Kourtney Kardashian by his side. Staff there, though, decided he needed additional care, transferring him to Cedars-Sinai Medical Center in an ambulance.